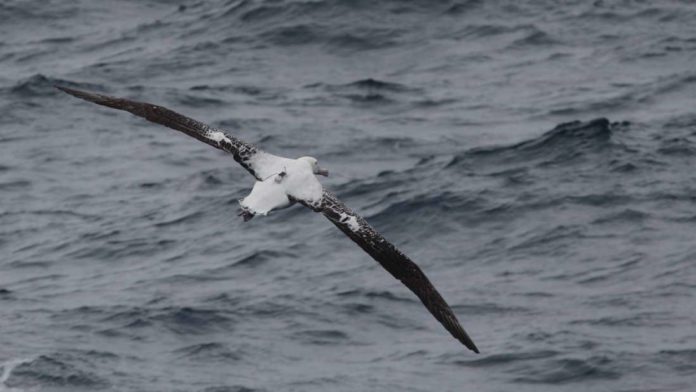 Scientists at the Centre d'études biologiques de Chizé have come up with an ingenious idea in the fight against illegal fishing.

Illegal fishing is a huge industry and threatens fish stocks around the globe, thousands of illegal fishing boats are causing untold damage to the world's Oceans. While authorities are aware that these practices are going on, actually policing  the vast areas involved is problematic to say the least. Throw in politics and the issue becomes even more complex.

Which is where the albatrosses come in, these ocean going birds are known to travel great distances and often follow fishing boats in search of a free meal, well now they are been made to work for their dinner. researchers fitted the birds with state of the art loggers to help thwart illegal fishing activity.

They found that In international waters,  more than one-third of vessels had no operating Automatic Identification System (AIS) and could not be identified. For national Exclusive Economic Zones (EEZs), that number was lower on average but still exists.

A spokesperson for the research team said.

“In the oceans, the surveillance of fisheries is complex and inadequate, such that quantifying and locating non declared and illegal fisheries is persistently problematic. This study shows that the development of technologies offers the potential of implementing conservation policies by using wide-ranging seabirds to patrol oceans. Albatrosses cover large swathes of the ocean surface: 22 million square kilometers (8.5 million square miles) 50 individuals were rigged in a radar detector, GPS antenna, and an antenna to send data to satellites. The loggers weighed roughly 0.46 to 0.93 percent of the bird’s total body weight, well below the 3 percent recommended limit. Albatrosses are highly attracted to fishing vessels, detecting them up to 30 kilometers (18 miles) away, making them particularly suitable patrollers of the oceans.”