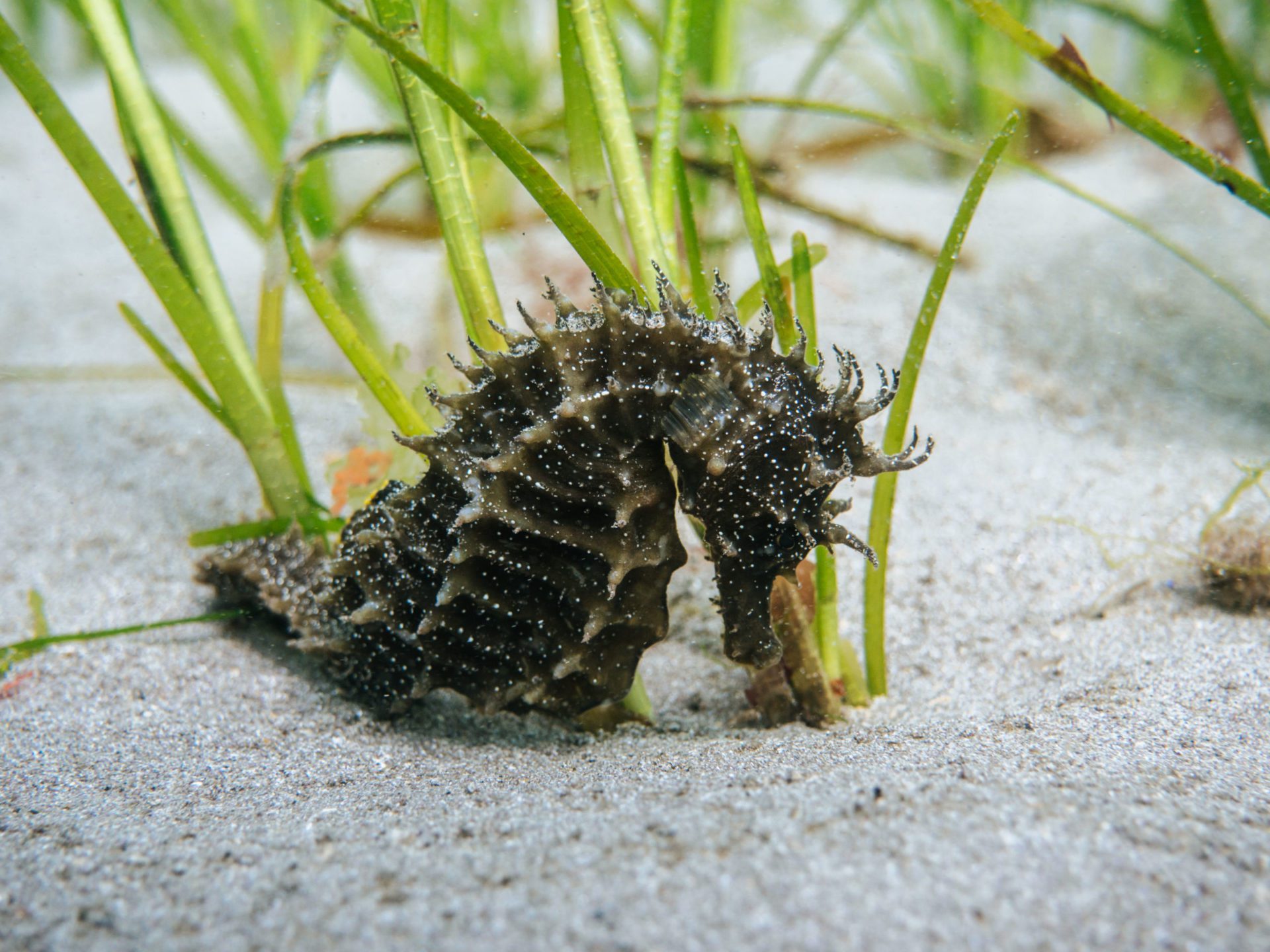 The G7 event brings world leaders together to discuss pressing global issues. Therefore, the sighting of an iconic and threatened British seahorse shines a light on the importance of prioritising marine habitat protection in upcoming discussions.

Long-snouted seahorses (also known as spiny seahorses) can be found in seagrass beds throughout the south of the UK. However, due to environmental changes such as the destruction of seagrass habitat, there has been a sharp decline in the seahorse population and this once common marine species is becoming increasingly rare.

To put this in perspective, marine biologist Mark Parry has been diving in seagrass for the past seven years, logging hundreds of dives, and this is the first-ever seahorse he's seen in the wild.

To protect local marine ecosystems, the Ocean Conservation Trust has been restoring seagrass meadows along the South West coastline and raising awareness about the environmental importance of healthy seagrass beds.

Seagrasses are an essential nursery habitat for marine species, they also absorb 35 times more carbon dioxide than forests and hold it in the sediment for thousands of years.

Cornwall and Devon are known for their leadership on green issues in the UK, so it seems appropriate that the seahorse was sighted so close to where the G7 leaders will be making important environmental decisions for our future.

what makes you think there is a decline in Seahorses????

It is not us saying anything about a decline, but Mark Barry is commenting from the fact that in seven years of multiple dives on seagrass he had never seen one.