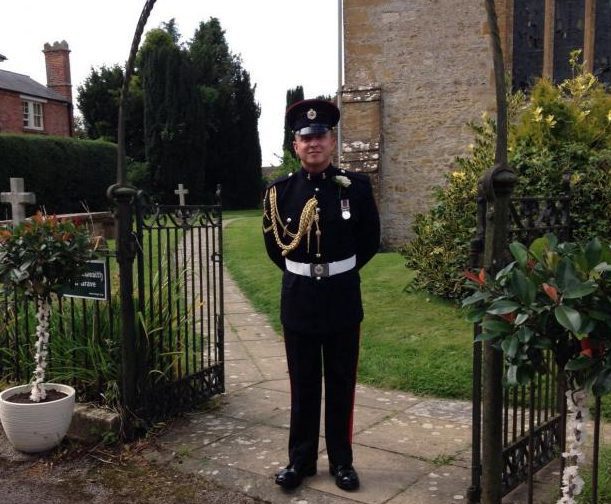 An inquest has heard that a 27-year-old soldier died at NDAC in March 2018 after a part of his five-week army diving training course had been skipped.

Lance Corporal George Partridge, together with 11 fellow soldiers, was four weeks into the course when the tragic incident occurred at the flooded quarry near Chepstow.

The Gloucester inquest, which opened yesterday (Monday 27 June), heard that on the day in question, all the trainees had been scheduled to perform Dive 19 in their course, which involved going down to 21-23m.

However, the decision was made to skip that exercise and move straight on to Dive 20 – which involved dropping down to 26-27m to a submerged helicopter. The dive supervisor, Staff Sergeant Justin Dolly, was questioned about the reason behind the decision not to go ahead with the planned dive, and he initially said it was felt that the dive could be missed because the previous week, the trainees had done two deeper dives – including one to 30m in the Solent – but he also agreed with the assistant Gloucestershire coroner Roland Wooderson, who suggested that that reason for the change was ‘to do something more interesting and recce the helicopter'.

On the fateful dive, Lance Corporal Partridge – who had been rated by the instructors as the top student in his group – descended at 11am with his buddy Stephen Hart, but just minutes later got into trouble and when he was returned to the surface, his mask was hanging off, and his two cylinders were empty.

The inquest continues today and is due to conclude on Thursday.

NDAC (National Diving and Activity Centre) was popular with recreational and technical divers, as well as being used extensively by the military, but it has now closed, and is being used as a ‘research facility'.

alot of context is missing, tank size, starting pressure
dive start at 11am was brought to the surface at 11.17am
17min underwater

1 main cylinder + bailout should last more than 17min
did they dive with a pony or empty cylinder
didn’t they do pre-dive checked ?

They probably went in empty, but we’ll have to wait for the full report.