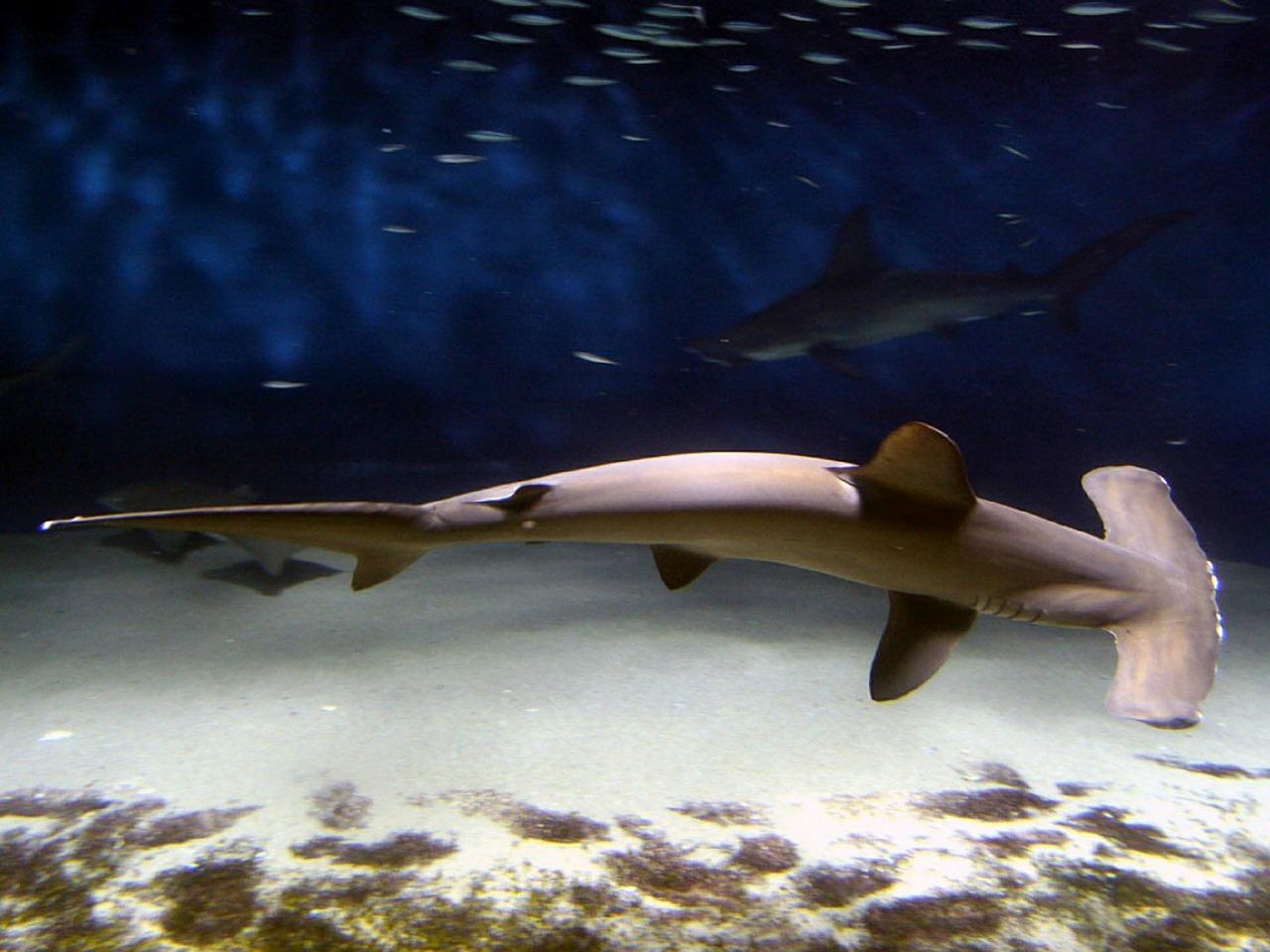 It is the first time ever that the distinctive animal – instantly recognisable because of its hammer-shaped head – has been seen in the Celtic Sea.

It only made a fleeting appearance, but it was long enough for two marine scientists from the Marine Institute based in Galway, who were conducting a survey of herring stocks, to positively identify it as a smooth hammerhead.

The second-largest hammerhead next to the great hammerhead, smooth hammerhead sharks can grow to five metres, though the normal size is a couple of metres shorter than this.

While smooth hammerheads are known to frequent temperate waters, experts reckon this lone specimen might have been lost, or possibly had ventured further north due to the oceans rising in temperature.

John Power, a marine mammal observer who spotted the hammerhead, said: “While scanning the ocean surface, we sighted a dorsal fin unlike anything we had encountered before. It was quite different to the fins seen on basking sharks and blue sharks. After consulting available ID keys, we agreed that the shark must be a smooth hammerhead.”

Dr Paul Connolly, director of fisheries and ecosystems services at the Marine Institute, said: “This is an exciting encounter, especially since a rare deep-water shark nursery, 200 miles west of Ireland, was discovered by Irish scientists last year. This sighting of a new shark species shows the importance of our fishery surveys to monitor our marine environment, and to observe changes in our oceans and marine ecosystems.”

The species is listed as ‘vulnerable’ on the International Union for Conservation of Nature (IUCN) Red List of Threatened Species.