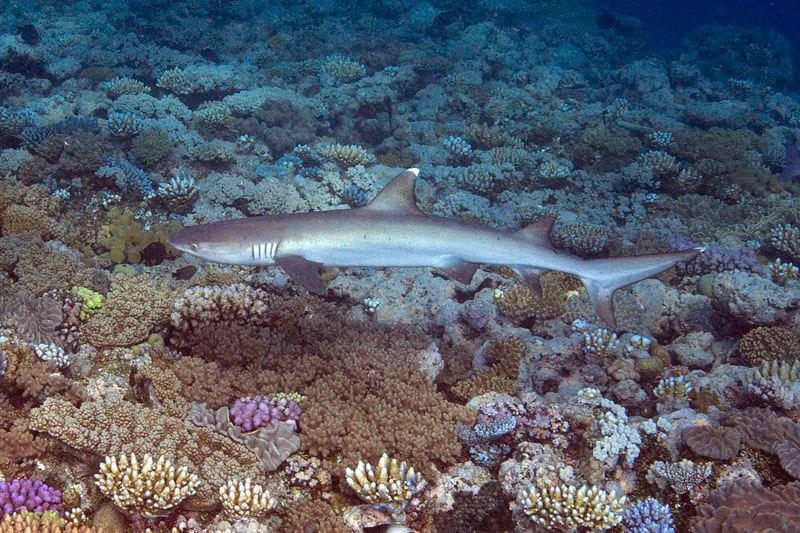 Shark populations are dwindling worldwide, and scientists are concerned that the decline could trigger a cascade of impacts that hurt coral reefs. But a new paper published in Ecology suggests that the effects of shark losses are unlikely to reverberate throughout the marine food web.

Instead, the findings point to physical and ecological features, like the structure of coral reefs and patterns of water movement, as important regulators of coral reef communities. 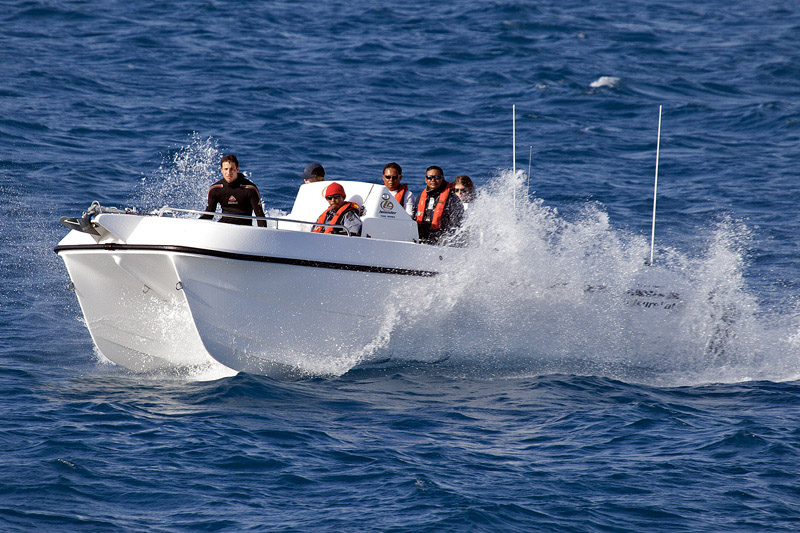 Back then, this area was one of the most pristine reef regions in the world. The divers were heartened by the dizzying array of fish species in some locations, counting a total of 433 species of coral reef fish across their study area. 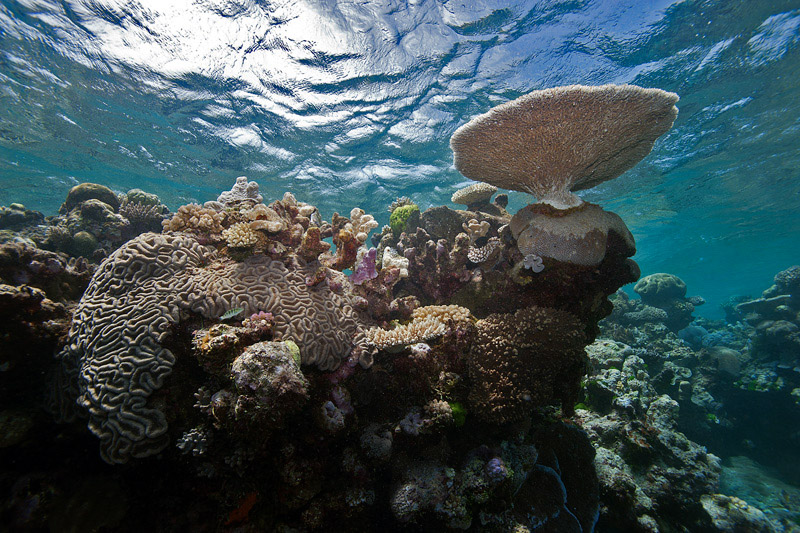 “We were pleasantly surprised at the status of the coral reefs and fish communities in the northern Great Barrier Reef when we surveyed them in 2014,” said Alex Dempsey, Director of Science Management at the Khaled bin Sultan Living Oceans Foundation, and one of the paper’s authors. “We saw a relatively high percentage of live coral cover, and an abundance of reef fish species that gave us hope that perhaps these reef systems were resilient and have been able to persistently flourish.”

They also found that no-fishing zones had four times as many reef sharks as the zones that allow fishing. 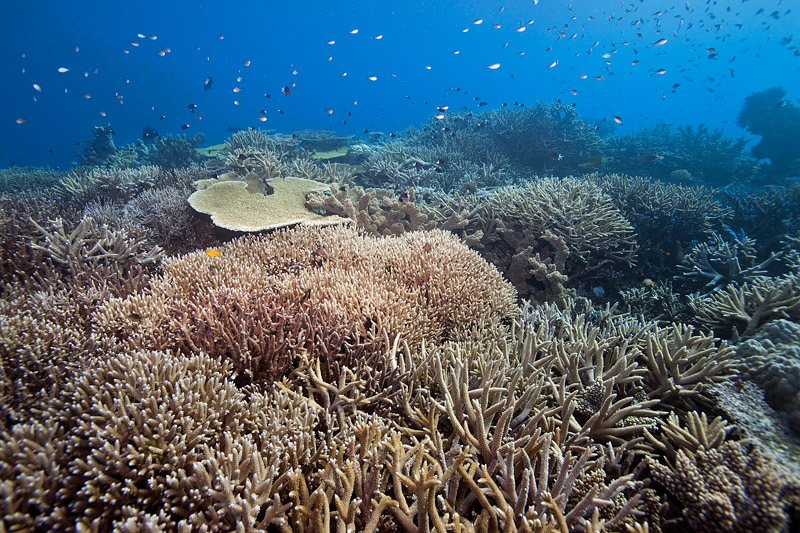 “With shark populations around the world being threatened by overfishing, it was great to see high numbers of reef sharks in protected areas across the northern Great Barrier Reef,” said Desbiens. She and her colleagues wondered whether an abundance of reef sharks might mean healthier corals – and, conversely, whether over-fishing could have a trickle-down effect that hurts corals.

There is plenty of precedent for the idea: in many ecosystems, the disappearance of top predators can create a domino effect for the rest of the food web, perhaps most famously seen with the decline and eventual re-introduction of wolves to Yellowstone National Park. On the Great Barrier Reef, Desbiens and her team expected to see sharks keeping smaller predatory fish in check, which would allow even smaller seaweed-eating species like parrotfish to thrive. Seaweed can choke out corals, so a strong presence of seaweed-eating fish helps maintain healthy reefs. 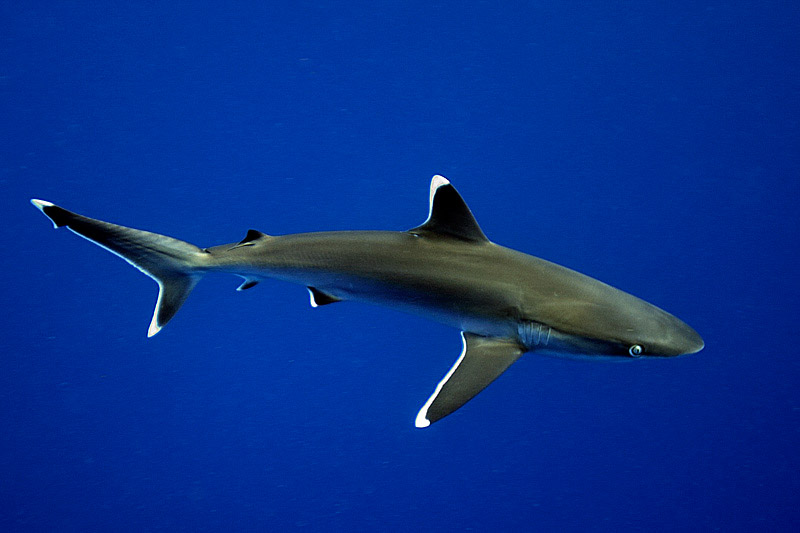 However, contrary to their expectations, the team found that reef shark density only had a small influence on the abundance of prey species.

Control of the system seemed to point in the other direction. Physical features of the environment, such as higher levels of coral reef complexity and lower levels of wave exposure, were associated with higher shark abundance.

In some ways, the findings are encouraging, because they suggest that a reef shark downturn is unlikely to result in a seaweed explosion that could hurt corals. But the colorful reefs face threats beyond overfishing. 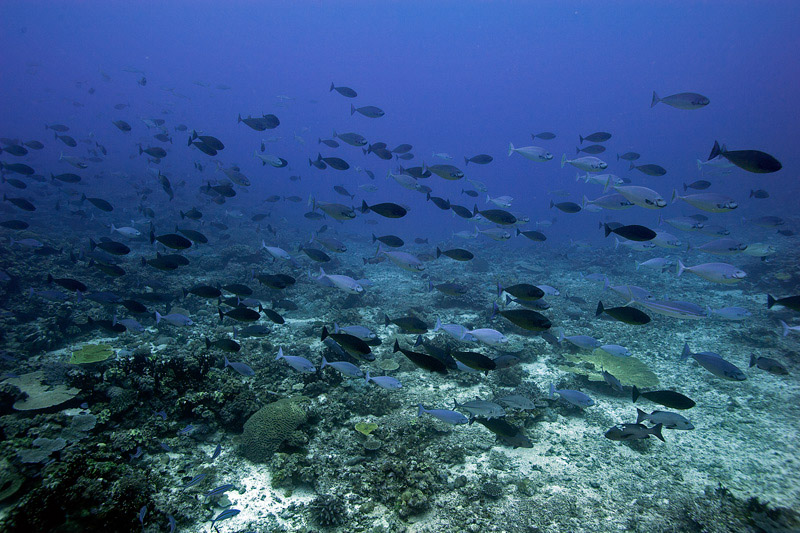 “We were fortunate enough to survey the far northern Great Barrier Reef in 2014, when these reefs were considered remote and fairly untouched,” said Desbiens. “Unfortunately, in the years after our survey, these reefs were decimated by back-to-back coral bleaching events, which caused mass mortality of many corals in the region.”

Still, the loss offers new learning opportunities. Because the study found a strong link between living coral cover and shark numbers, Desbiens and her colleagues now hope to revisit the same study sites to see how sharks have responded to the loss of corals in the region.