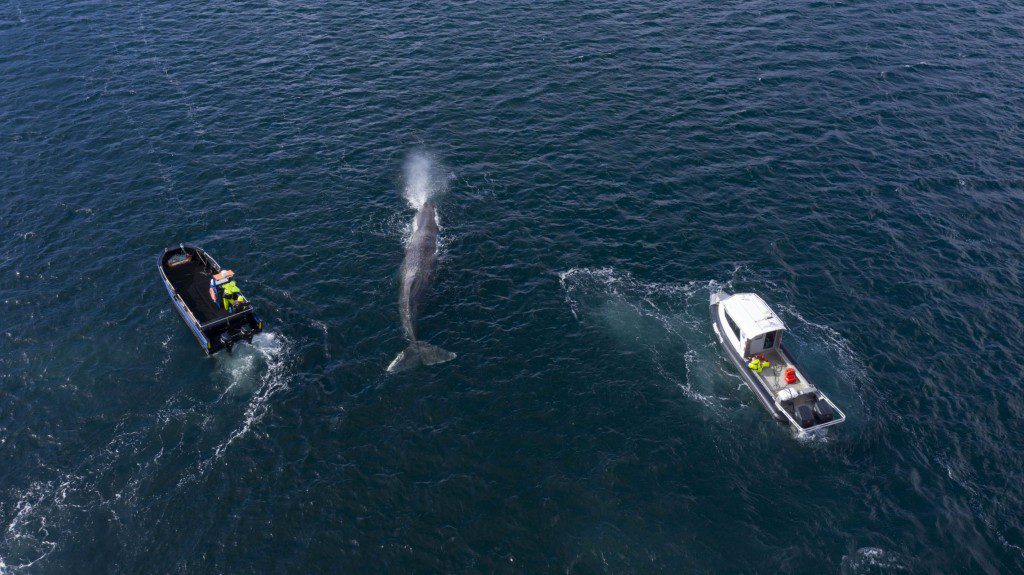 The sperm whale stuck in shallow waters near the Shetland Islands has finally headed off into deeper waters after locals stepped in to assist the huge mammal.

As reported on Scuba Diver, the 13-metre-long, 50-ton whale had been trapped in Whiteness Voe in March, and had semi-stranded twice.

Sperm whales are normally found some 50 miles west of the Shetlands, in rich deep-water hunting grounds, and it was hoped it would find its way back out to open sea.

Sperm whale back where it belongs

Eventually, locals decided to step in and assist, and last week, several boats helped manoeuvre the whale into deeper water, and once they go it into an area around 40m deep, it went into a dive and has not been seen since.