Seal turns up in Lincolnshire back garden 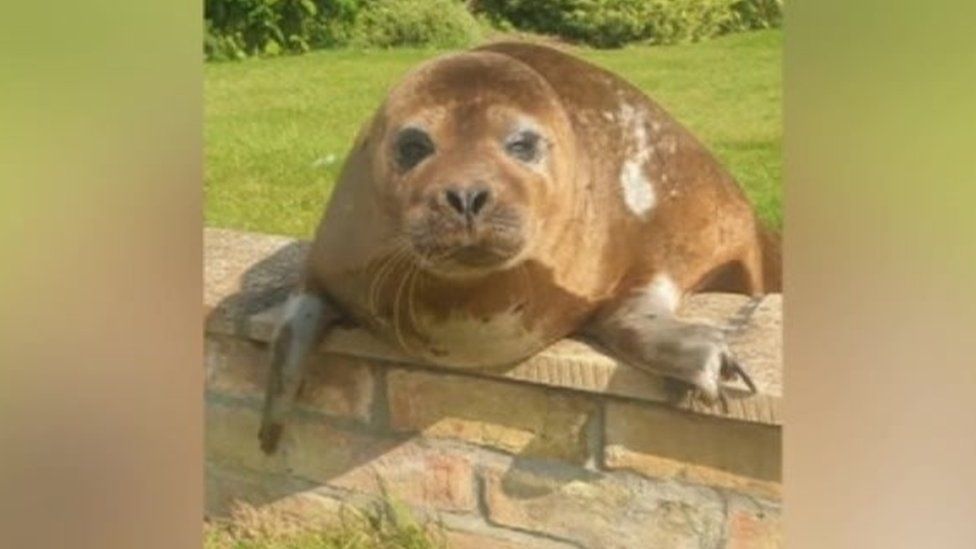 A homeowner in Lincolnshire received the shock of her life when she found a seal chilling out on the back patio of her house in Billinghay.

The seal – known as Dandy – had climbed up a riverbank to enter the garden. The mammal has previous for adventurous antics – it had disrupted a paddleboarding lesson on the River Witham in Boston last September, when it climbed on the back of a board.

PC Martin Green, from Lincolnshire Police's Wildlife Team, said a friend had called him up to say ‘his mum had woken up and found the seal on the patio'.

RSPCA personnel inspects the seal – which had moved on to the garden lawn – and, after confirming it was healthy, helped return it to the water.