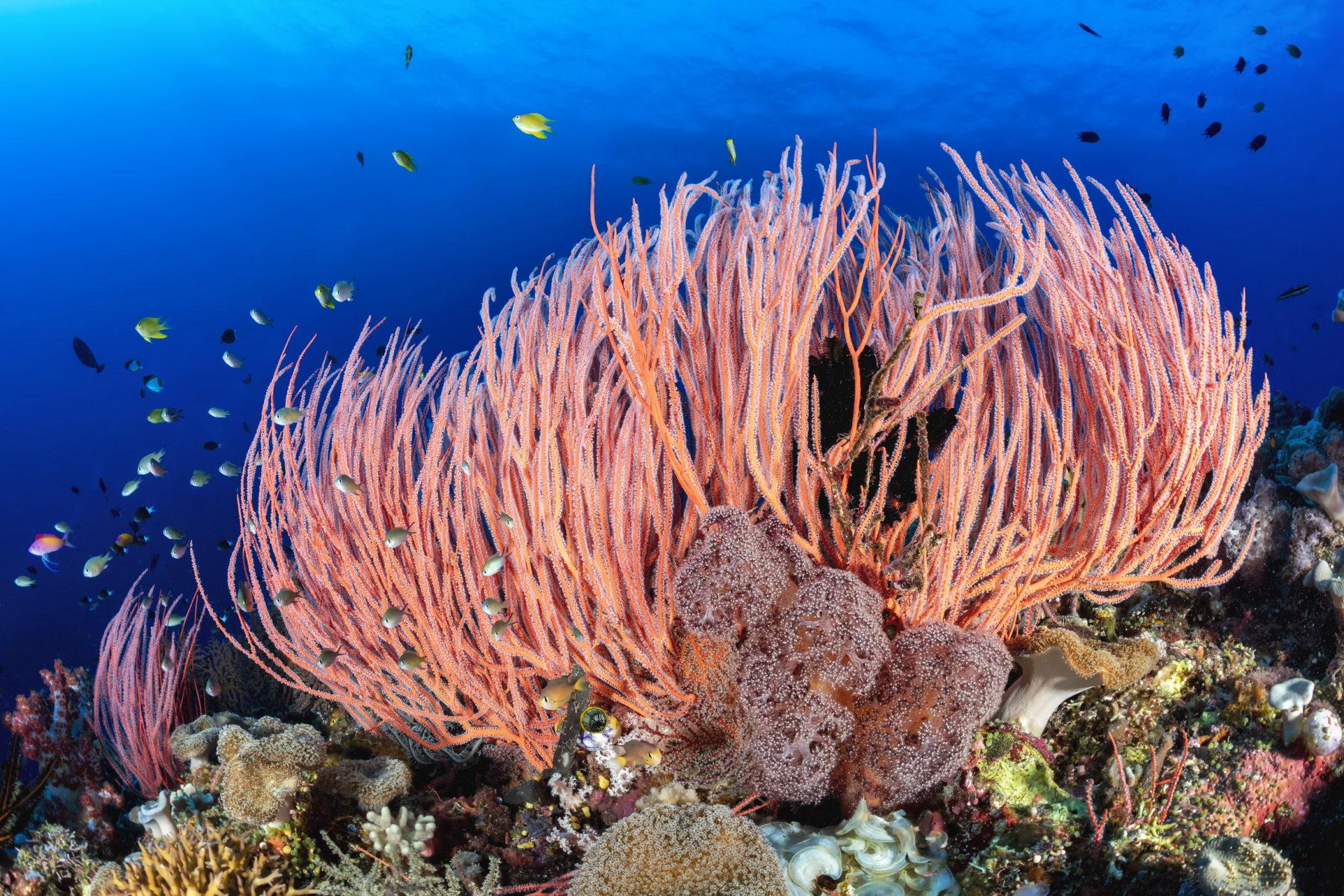 Don Silcock gives us an Intro to an Amazing Country!

At the closest point of contact just 6km separates Australia from Papua New Guinea and yet there is so much that is different between these two close neighbours!

The country that we call Papua New Guinea came in to being in September 1975 when it gained independence from Australia, which had administered the former colonies of British and German New Guinea since the end of WW1.

In retrospect, it was a rushed and flawed transition from a colonial administration to a Westminster system of government and many of the current problems PNG faces can be traced back to it.

The basic issue being the patchwork quilt of tribes and clans that form PNG, together with the principle of “Wantok” where a person’s primary loyalty and allegiance is to those who speak the same language or dialect (one talk…).

It’s a complex thing, in what is said to be one of the world’s most heterogeneous countries – PNG has a population of around 7.8m people, but over 850 languages, together with nearly 1000 traditional societies and ethnic indigenous groups!

With a Great View!

PNG consists of the eastern half of the huge island of New Guinea, plus, the Bismark & Louisade archipelagos, the Admiralty Islands, Bougainville Island and numerous other smaller islands in the Bismarck & Solomon Seas.

The country is located on the southern rim of the infamous Pacific Ring of Fire and it is volcanic activity that has created the amazing topography of PNG. With massive, almost impenetrable, mountain ranges covered in dense rain forest dominating both New Guinea and New Britain islands.

While the coastal areas bask in the rich currents of the Indo-Pacific creating superb reefs and ecosystems, while many of the remoter islands offer stunning locations that are almost once in a lifetime experiences!

When the first European explorers surveyed New Guinea island (the second largest in the world) in the 16th century, they saw the mountain range that runs down the spine of the island and assumed nobody lived up there.

What they, and all that came after them, did not realise was that the mountains they saw from the south coast were not the same as the ones seen from the north!

In reality there is a large rift valley (which those mountains form the sides of) inhabited by numerous tribes, living a village-based subsistence lifestyle and engaged in an ever-shifting series of conflicts.

Most of the tribes had their own language or dialect and were largely isolated from each other because of those conflicts.

Incredibly “first contact” with the outside world did not happen until 1932 when an Australian prospector called Michael Leahy, from rural Queensland entered the rift valley looking for gold!

Even more incredibly, given the year, Leahy owned a Leica camera and took an extensive series of photographs. Hence a unique visual record into an amazing series of events was established and Leahy also fully documented his experiences on the expedition in a daily journal.

Those languages and dialects, together with the long history of inter-tribal conflict, are the basis for the Wantok system…

PNG sits at the very epicentre of the renowned Coral Triangle, the richest known area of marine biodiversity in the world.

Much has been written about the Coral Triangle and the six countries that it covers from eastern Indonesia and Malaysia, Timor Leste, Papua New Guinea, the Philippines and the Solomons.

The “Readers Digest” version is that the incredible biodiversity of the Triangle is a result of the massive flows of water from the Indonesian Throughflow and the Southern Equatorial Current.

Both of which deliver nutrients from the deep-water basins of the area and distribute the eggs and larvae of the region’s species.

Uniquely, because of its location, Papua New Guinea is touched by both water flows creating uniquely diverse locations that have to be experienced to be fully understood!

There is some tremendous scuba diving in PNG, but in such a large geographical area it makes sense to concentrate on one or two of the main diving locations.

Unless, of course, you have unlimited time and money… In which case you should probably do them all – diving PNG is addictive!

From an overall scuba diving perspective Papua New Guinea can be thought of as three primary areas. Starting with the main island of New Guinea and the well-known area of Milne Bay, centred around the town of Alotau on the eastern tip of the island. Milne Bay offers excellent diving and phenomenal biodiversity.

There is also surprisingly good diving near the capital Port Moresby on the south coast of New Guinea. Excellent diving at Tufi on the north-east coast. And finally, there are some really nice sites around Madang, farther up in the north-west.

Going east into the island provinces is the large island of New Britain, where the diving on the north coast is centred around Kimbe Bay.

Kimbe is to New Britain what Milne Bay is to New Guinea island – an incredible location with tremendous diving on the seamounts and reef systems of the bay.

It is also the base for the liveaboards that dive the Fathers Reefs in the remote eastern end of the bay and the Witu Islands in the Bismarck Sea.

On the north-east tip of New Britain is Rabaul, famed for its massive caldera and 65 WWII Japanese wrecks now largely buried under volcanic ash after the 1994 eruptions the Tavuvur and Vulcan volcanoes.

While most of those wrecks are no longer diveable, a couple are and there are several other really great sites in the Rabaul area.

Finally, there is the remote south coast of New Britain which can only be dived a few months of the year but is both truly exceptional and a real adventure!

Located along the edge of the Bismarck Archipelago, the province of New Ireland forms the eastern flank of PNG and is quite remote from the main island of New Guinea, with its own distinct and interesting traditional cultures.

The province consists of the large, musket-shaped main island of New Ireland, together with numerous other smaller islands, the largest of which is New Hanover.

New Hanover also has some excellent diving with a superb mixture of rarely dived reefs and WWII Japanese shipwrecks, including a completely intact midget submarine!

The $64,000 question… Hopefully, you now have a degree of insight into why PNG is such a special and unique place – but is it safe and should you go?

As a self-declared “PNG tragic” that’s a question I get a lot and the honest answer is it’s not 100% safe and there are areas of Port Moresby where you would have to be crazy to go to!

But stay away from them and I am certain you will be just fine and once you get to your final diving destination you will be in excellent hands and have no concerns at all.

I was in PNG in March, when the pandemic really took off and had to leave before the borders closed. That was my 24th trip in 20 years and I can honestly say that in all those journeys I have never once had a real scare.

I also get asked a lot why I am so fascinated by PNG and the answer to that one is the place is just so different and quite unlike anywhere else I have been to.

The history, the tribal cultures, the people, the topography, the marine biodiversity and the incredible diving are an amazing combination. Plus, which other major diving destination can you leave from the east coast of Australia in the morning, transit through Port Moresby and be at your resort or liveaboard that same evening?

Yes, it has its issues but that’s actually part of the excitement of going there and after all – hey it’s Papua New Guinea, expect the unexpected!

In more normal times Don is based from Bali in Indonesia, but is currently hunkered down in Sydney… His website has extensive location guides, articles and images on some of the best diving locations in the Indo-Pacific region and “big animal” experiences globally.

Want to Read more about Diving in PNG