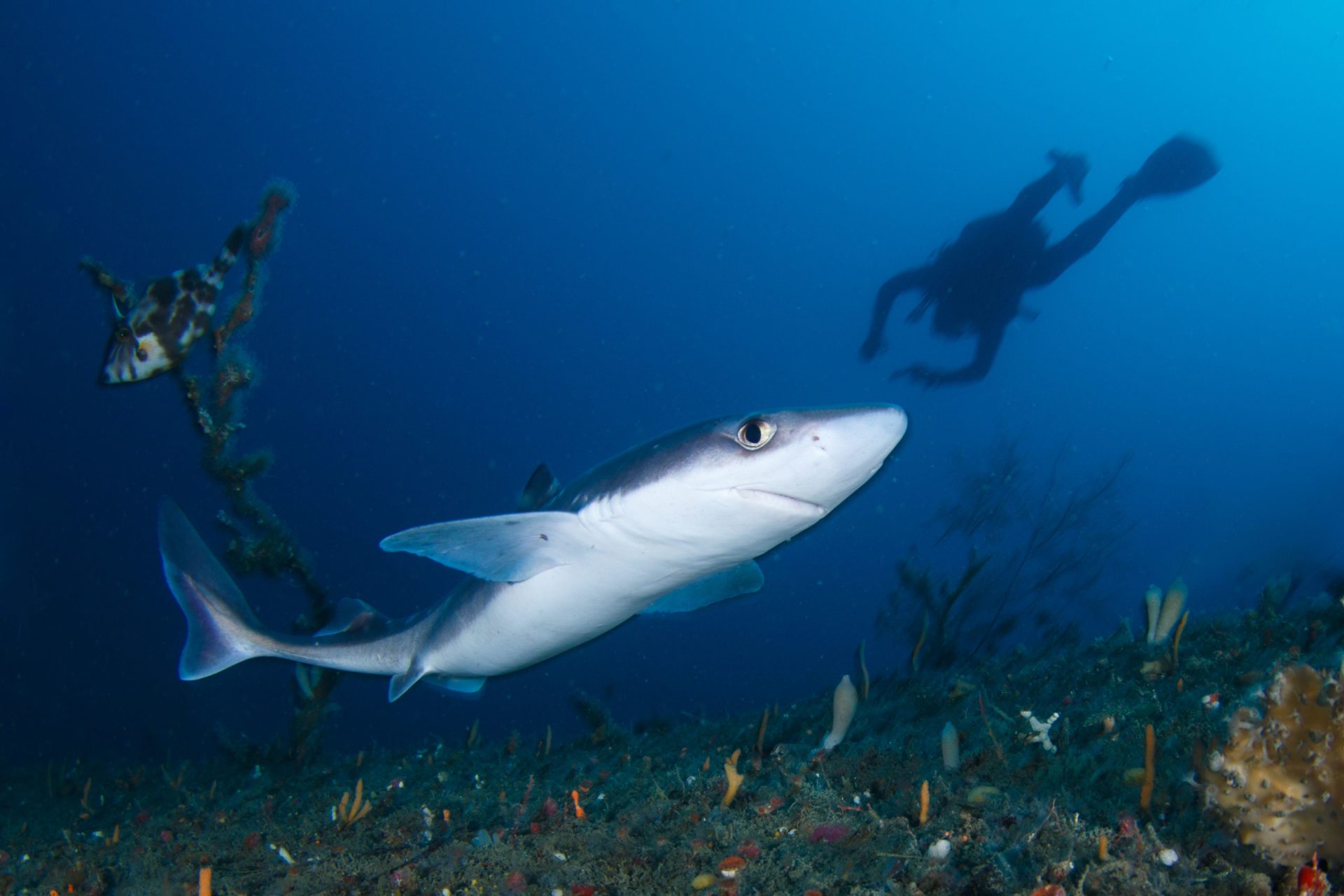 One of the most beautiful and unique dive sites in New Zealand, Scuba Diving Marvellous Milford Sound

A place that seems like you have entered a fairy-tale, where dolphins jump under rainbow producing waterfalls. A place where you get lost in the beauty of observing nature in its most raw, powerful and mighty state.

Located in the southwest corner of New Zealand’s South Island, Milford Sound is proclaimed as the “8th wonder of the world” and with its majestic features like the loftiest sea-cliffs, the strikingly shaped Mitre Peak that rises straight from the waters edge to 1,683m and its several spectacular waterfalls surrounded by densely covered native forest this is no coincidence.

The Maori name for Milford Sound is Piopiotahi, which translates to “one single piopio”. A piopio, a bird now extinct, was seen flying over a Maori hero who died trying to give his people immortality.

The name Milford Sound was given by Captain and sealer John Grono in 1812, the first European settler to the area who named it after Milford Haven, a place in Wales.

Access to the Fiord was only by foot up until 1954, when the Homer Tunnel opened, allowing road access to Milford Sound. Milford Sound is now one of New Zealand’s most famous destinations due to the sheer scale and beauty of nature.

Underneath the mountains, below the waterline, the steep wall diving reflects the extremes of the surface with walls seemingly descending into the dark abyss below.

Divers are challenged to break through a dark veil that parts the two worlds in order that the beauty below is revealed.

The freshwater pours into the Fiord through its many spectacular waterfalls and a very high rainfall of up to 7-9 meters annually, making it one of the wettest places on earth. As the water travels through the densely covered rainforest, it absorbs tannins from the forest floor, which stains the water to the colour of tea, acts as a light blocker and animals that normally inhabit deeper, darker waters, can live in Milford Sound in much shallower depths.

This phenomenon is called deep-water emergence.

The most well-known species that makes Milford Sound diving unique is black coral.

Fiordland has one of the world’s largest populations of black coral trees (about 7 million colonies) with some of them up to 300 years old. Normally they live between 200m – 1000m depth, where in Milford Sound they can be found as shallow as 8m deep. Despite their name the trees are actually white, only the skeleton is black, however the trees appear white as they are covered by a thin layer of pale living tissue that connects millions of tiny individual white polyps of only 1mm in size.

The same theory counts for red coral, a protected species, that is actually a hydrocoral made up of separate individuals, each with its own feeding and defence system. Usually hydrocorals grow only in the deep ocean, but in Milford Sound they can be observed from depths of 15 metres.

Another special group of creatures found in the fiords are the brachiopods, or lamp shells, clam-like animals that are sometimes called ‘living fossils’, as they are among the oldest groups of hard-shelled organisms, dating back more than 500 million years.

Looking close at the wall or on the coral trees you might spot nudibranchs in vivid colours and various species of seastars like featherstars, buiscuit stars, brittle stars, snakestars, eleven-armed starfish.

The New Zealand fur seal inhabits Milford Sound and are often playful and curious to see where the diver’s bubbles come from. Bottlenose dolphins are regular visitors to the Fiord and so are the rare Fiordland crested penguins, can be observed on the shores of the Sound.

Recognizing the uniqueness of the underwater habitat, the Piopiotahi / Milford Sound marine reserve was established in 1993, was one of the first reserves in Fiordland and covers an area of 690 hectares along the northern side of the Milford Sound.

Outer Fiord dive sites and dive sites around the entrance bring both open ocean species and inner Fiord deep water species together in an amazing display of variety.

With depth exceeding 300 meters technical diving Milford Sound is an ideal technical diving spot, with interesting deep-water species out of the recreational range and coral colonies extremely unique to this area of the world.

The local dive tour day starts at the Deepwater Basin boat ramp in Milford Sound, where suits are donned and the boat cruise starts.

Dive tours include a scenic cruise of Milford Sound all the way to the Tasman Sea. Several scenic sites, waterfalls and wildlife is explored for a closer look.

Given time and conditions allow divers have the chance explore Bridal Veil falls, a waterfall on a piece of land in the middle of the Fiord that provides the most scenic background for a peaceful break before heading to dive site number two.

Best times to dive it and how to get there.

Diving is good all year round, with different season bringing different species however the dive operating season focuses mainly from October to April.

Spring months bring the chance to see Tawaki, the Fiordland crested Penguin and a chance to see migrating humpback whales. Summer months boast plenty of fish life and with water warming up in December, sightings of pelagic species such as kingfish, eagle and stingrays increase. Autumn diving brings calm conditions with warm water and most species can be seen in and around the Fiords.

The Fiord operates in a continuous cycle of rain and sunny days. The freshwater layer varies according to rain levels and is thicker directly after heavy rain and then thins out until the next rainy day. On average the freshwater layer is about 1-3 meters thick.

The only accommodation in Milford Sound is the Milford Sound Lodge which offers luxurious chalets and tranquil forest campervan sites.

The closest town is Te Anau, which can also be used as a base for accommodation. The town offers supermarkets and restaurants. The travel time from Te Anau is 2 hours. The nearest airport is either Queenstown (4 hour drive) or Invercargill (4 hour drive).

For more about Diving in New Zealand Try