While on a diving holiday in Papua New Guinea, a diver experienced symptoms that could have been due to DCI, dehydration or a cardiovascular event.

The diver had completed one dive the previous day without issue and three dives on the day of the incident: 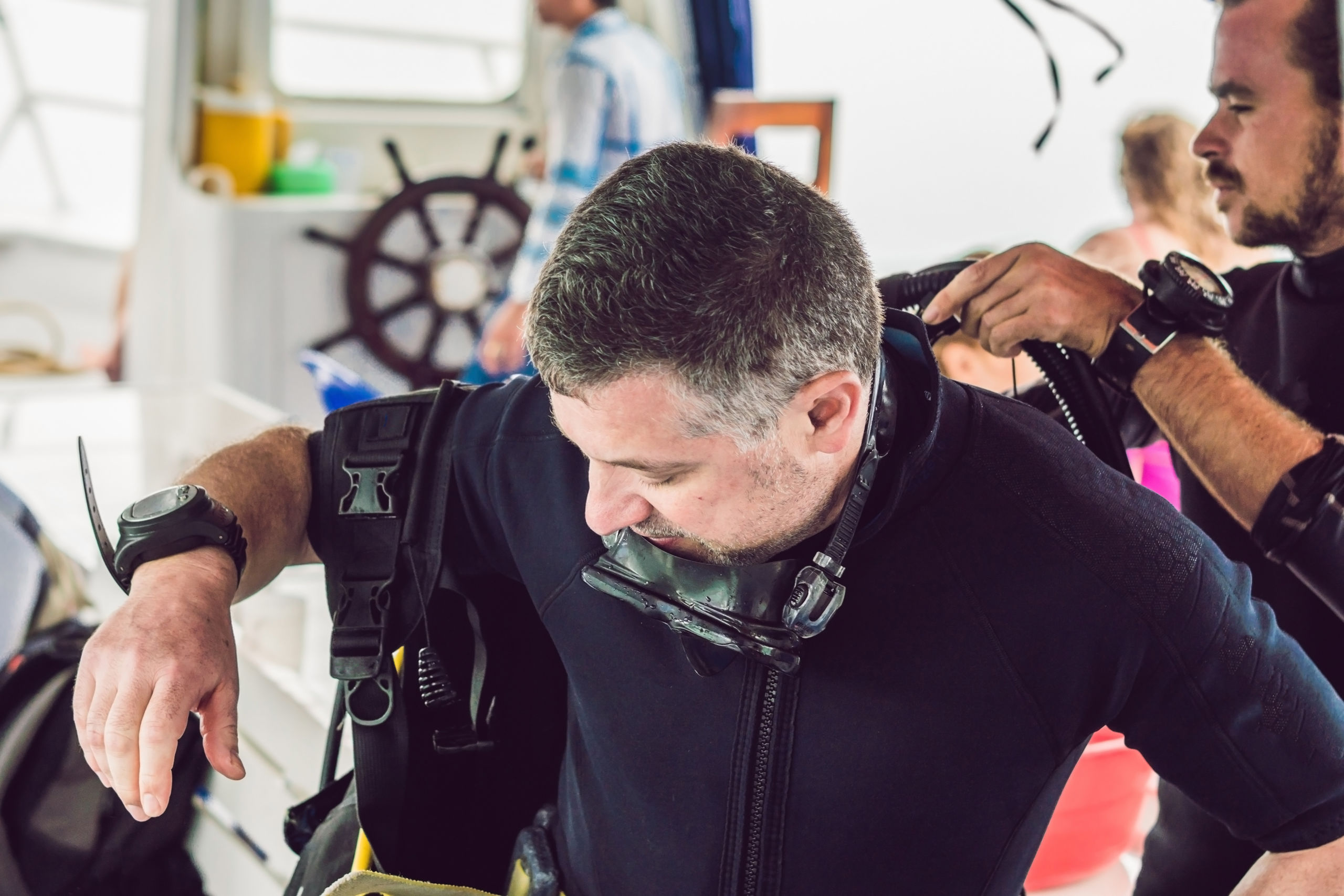 Time at the maximum depth was minimal on all dives, with most of the time spent at 10m-12m. Safety stops were completed on all dives. Upon surfacing from the second dive he developed a headache but did not say anything. However, upon surfacing from the final dive he looked and felt unwell. He reported a headache, tingling in his arms and hands, dizziness and haziness.

He was placed on oxygen on the boat and immediately taken back to the resort, where he continued breathing oxygen via a non-rebreather mask at 12 litres per minute in a reclined position. When attempting to go to the bathroom he collapsed due to weakened legs and appeared to be in a semi-conscious state. At this time, DAN was called.

Based on the information provided to the DAN medic regarding the dive profiles and the diver’s medical history, the diagnosis was not clear. The diver’s symptoms could have been attributed to DCI, dehydration, or a cardiovascular event. Due to the seriousness of the symptoms, DAN commenced emergency evacuation procedures.

While the evacuation options were being investigated the diver was instructed to continue breathing oxygen in a reclined position and to receive fluids. The operator was asked to monitor the weakness in the diver’s legs to ensure this did not evolve into paralysis and to ensure the diver could continue to urinate.

The plan was to evacuate the diver to Townsville Hospital (QLD) for evaluation and possible chamber treatment — at this stage, it couldn’t be confirmed whether the incident was dive-related or a non-diving medical situation.

Upon arrival at the hospital the diver underwent neurological tests, of which all were unremarkable except for the sharpened Romberg test. This test involves the patient standing upright with one foot in front of the other (heel-to-toes) and with the arms folded across the chest. The diver is then asked to close his eyes. A loss of balance is interpreted as a positive Romberg sign, although several attempts may be made. Ideally, the diver can maintain the position (albeit with some wobbling!) for one minute. 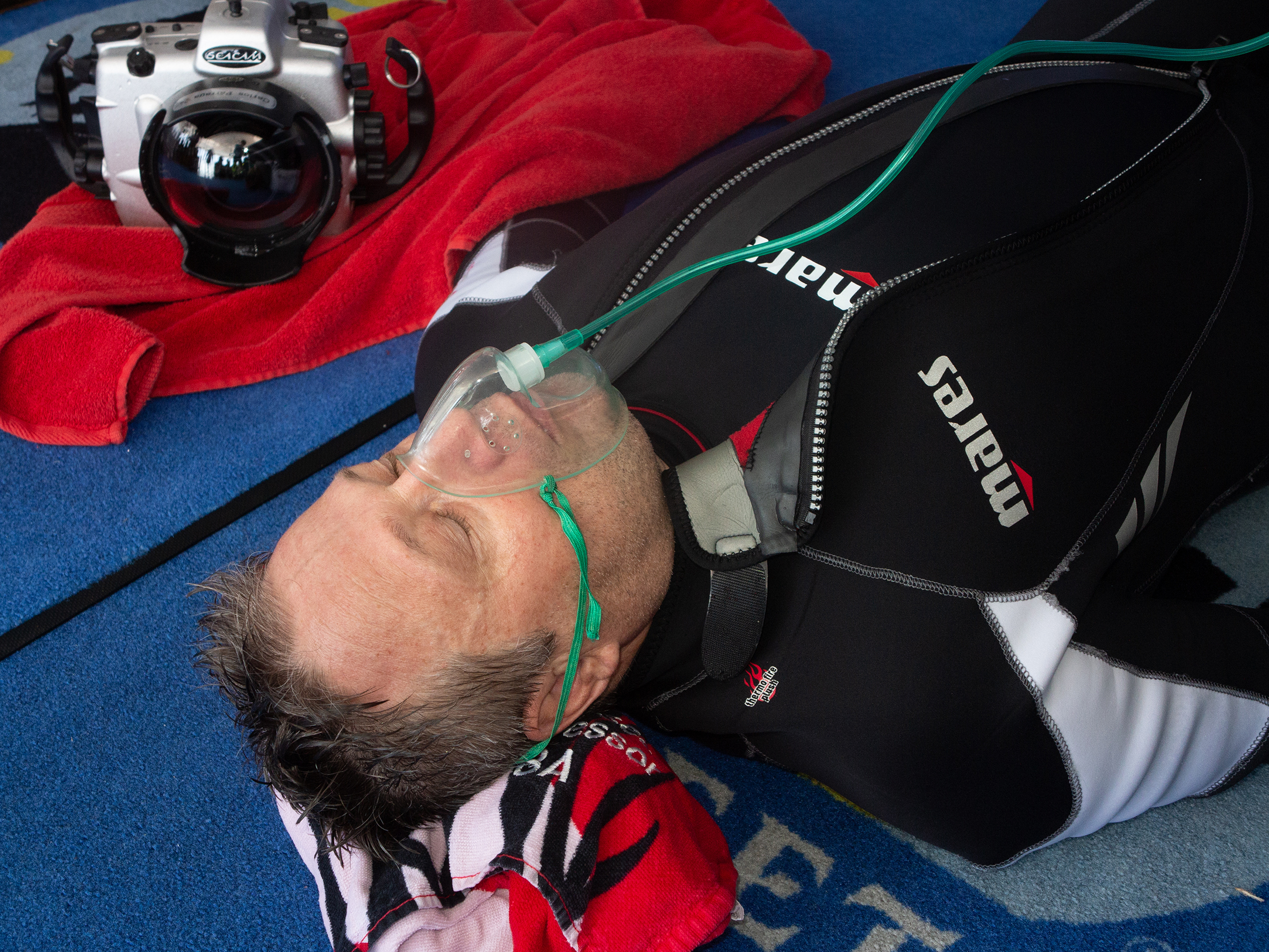 Based on these test results, the diagnosis was DCI, and the diver received a U.S. Navy Table 6 treatment. Afterward the results of further Romberg tests improved significantly.

He was discharged from the hospital the following day with no residual symptoms and was asked to wait several days before flying home, given the severity of his symptoms. Happily, he made a full recovery.

Although he described himself as very fit and reported going to the gym five times a week, the diver’s medical history included a triple heart bypass. Thus the DAN medics could not rule out a cardiac event when assessing his initial symptoms.

While waiting for the evacuation to be organised, DAN’s preferred option would have been to move the diver to a clinic to receive IV fluids and to have a urinary catheter inserted if that became necessary. However, the local clinic was very basic, and it was likely that the diver wouldn’t receive the required care. It was decided that the diver would be more comfortable where he was, and that he was receiving better oxygen first aid at the dive resort than would be available at the clinic. Fortunately, this turned out to be a good decision as the diver improved substantially overnight.

For more article from DAN Try