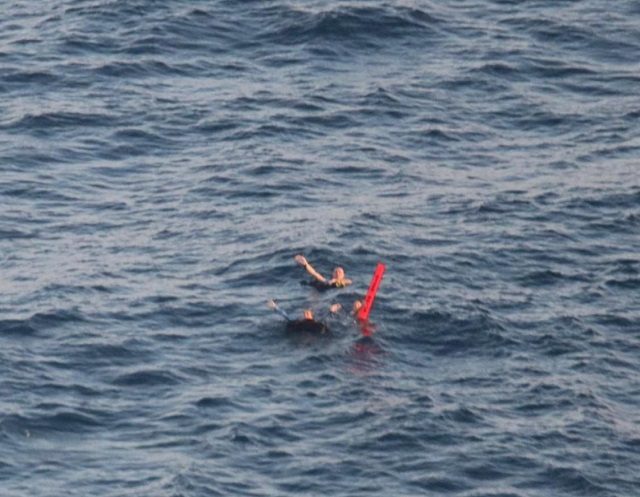 Five scuba divers who hailed from the UK, Russia and South Africa have been rescued after six hours adrift in the Indian Ocean after becoming separated from their dive boat.

The lucky divers, who had been diving from the Seychelles on Sunday 13 December, were discovered some 14km northeast of Mahe near Mamelles Island after a search operation co-ordinated by the Seychelles Coast Guard and involving the Maritime Rescue Co-Ordination Centre, the Seychelles Maritime Safety Authority and the National Information Sharing and Co-ordination Centre, along with two helicopters from the Zil Air company and an Air Force aircraft, and several leisure vessels that were in the area.

The five divers were taken to hospital for a routine check-up, but were soon released. However, their bank balances will no doubt be in pain after they were informed by the Seychelles Maritime Safety Authority that they would have to bear some of the costs of the rescue operation.

Captain Joachim Valmont of the SMSA criticised the divers for not informing them of their dive plans in advance, and said: “If we had known we would not have used all of our resources for the rescue operation.”

The divers were involved in a debrief with the SMSA on Monday, and they were informed at that point of the cost incurred, and that they would be expected to bear certain costs.