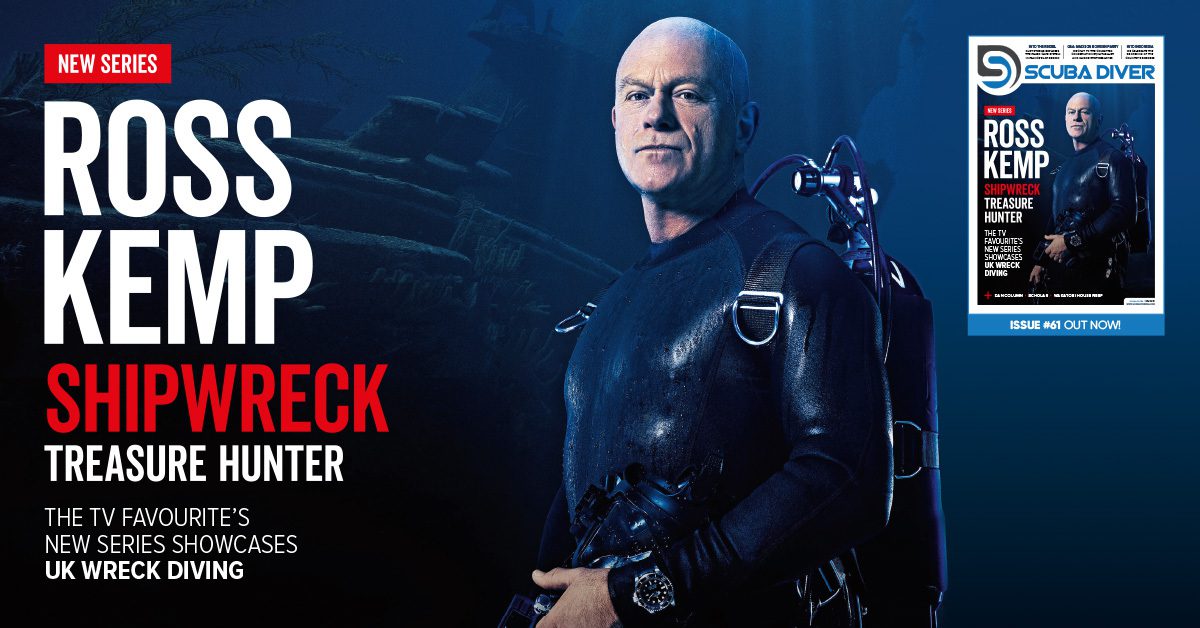 HMS Jason found after 105 years, Ghost Diving return to Ithaca, Malta’s P-33 is wrecked by winter storms, and tragedy in Malaysia and Scotland as two divers lose their lives.

We preview the new Sky History series Ross Kemp: Shipwreck Treasure Hunter, and talk to the man himself – recently confirmed as a Main Stage speaker at the GO Diving Show in March 2023 – about his diving background, his steep learning curve, and what he loves about British diving.

We chat to the up-and-coming young naturalist, conservationist and marine photographer, who has been named as a 2022 Girls That Scuba Ambassador, about her ambitious plans for the future.

As Indonesia reopens its borders to international tourists, Australia/New Zealand Editor Adrian Stacey showcases what people have been missing out on these past two years..

As Wakatobi Resort prepares for its first visitors, North American Editor Walt Stearns waxes lyrical about the stupendous House Reef that is literally on the doorstep for guests.

Richard Aspinall is a huge fan of Egyptian diving, and here he provides a quick and simple guide to getting the very best and most-eye-catching photographs of five great Red Sea subjects

Technical and cave diver Kurt Storms celebrates the lifting of COVID restrictions by returning to France, where he ventures into the famous Ressel cave system at the Lot.

This month’s column introduces the 2022 Scholars for North America, Europe and Australasia.