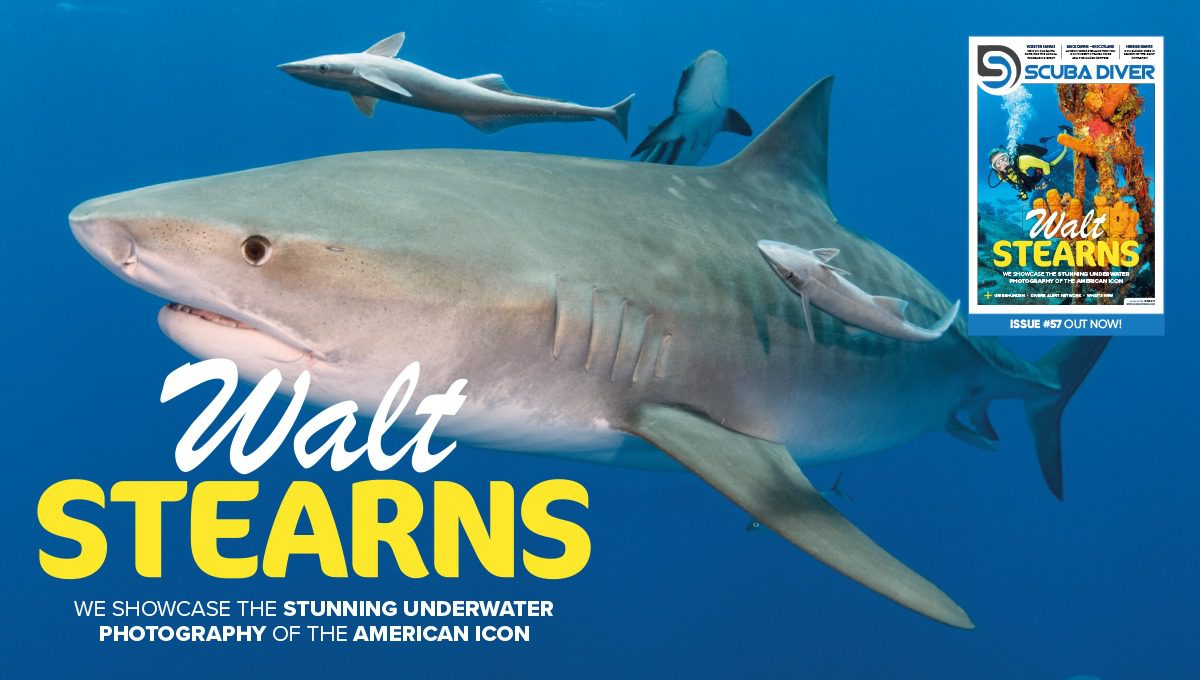 What's inside this month?

The formation of the UK Ghost Gear Coalition, Virgin Pure partners with PADI AWARE Foundation, the resurrection of Divernet, and RAID announces no membership fees.

In the first of a five-part series, Audrey Cudel asks ‘are you missing any of your foundational diving skills?’.

The return of the regular Scholarship column, introducing this year’s Scholar, Arzucan Askin.

Lawson Wood explains how you don’t need to travel around the globe to exotic locations to find quality ‘muck diving’, and shows what can be found in Scotland’s sea lochs.

Underwater photographer and writer Walt Stearns has been a staple on the diving scene for decades, and is Editor-at- Large on our North American title, Scuba Diver Destinations. We chat to him about the challenges of blackwater diving, his affinity for Goliath grouper, and why he loves his CCR.

If you want to get an impressive wide-angle photo, there are a few compositional elements you can always rely on. The Snell’s window is one of them, but what is it?

Hordes of Santa-suit-wearing divers heading towards frigid waters can mean only one thing – the annual return of the Vobster Santas event. This year, Mark Evans and his son Luke ventured to Somerset to join in the festive fun.

Phil Short has been involved in the major archaeological project revolving around the Gribshunden wreck in the Baltic for a number of years. Here he recounts what it is like to dive into history.