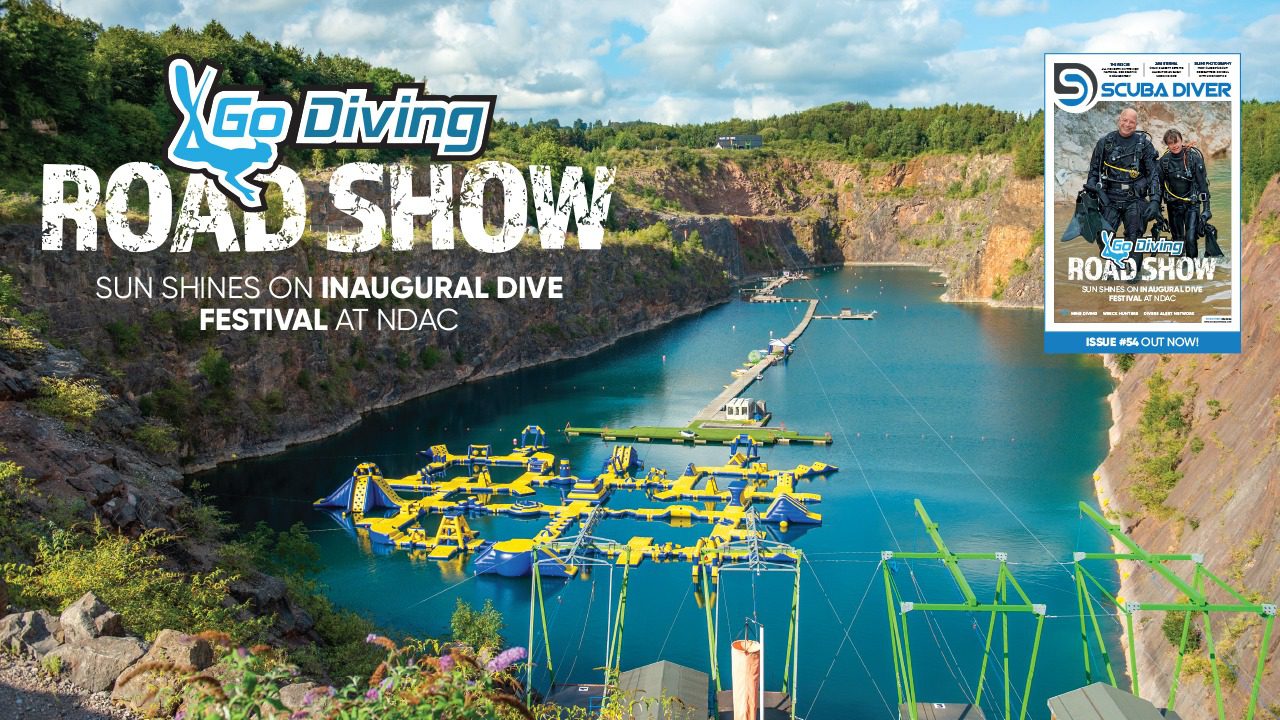 Medical Q&A
The DAN Europe team explain how the dive reflex protects the brain and heart.

GO Diving Roadshow
The National Diving and Activity Centre played host to the inaugural GO Diving Roadshow in mid-September, and exhibitors and visitors made the most of the glorious weather, as Mark Evans explains.

The Rescue
National Geographic is releasing a documentary about the Thai cave rescue, appropriately titled The Rescue, and here explorer extraordinaire Jill Heinerth gives her opinion on the film.

Dorset
Who doesn’t like a UK night dive? The anticipation, the excitement, the senses well and truly heightened, the not- knowing of what will reveal itself. Back in June, Dorset divers Colin Garrett and his wife Sarah took UK diving deep into the night – 2am, to be precise.

CCR and photography
Nicolas Remy looks at the pros and cons of combining the technology of closed-circuit rebreathers with underwater photography.

TECH: Sweden
Avid cave and mine diver Phil Short goes back to his ‘happy place’ – Langbans Mine in Sweden – a location he describes as being the ‘best mine dive in the world’.