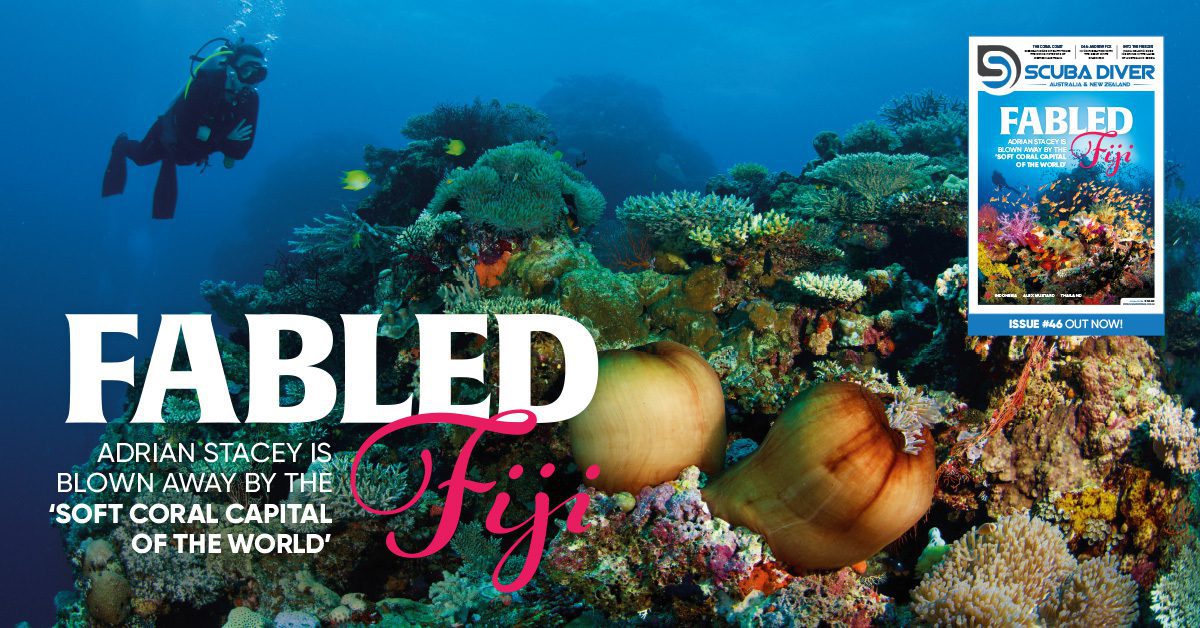 DAN Medical Q&A
The Divers Alert Network looks at the thorny subject of kids and diving.

Australia
Western Australia’s Ningaloo Reef is famous mainly for whaleshark encounters, but the region has much more to offer divers, from the abundant marine life of Exmouth Navy Pier to the soft coral wonders of the Murion Islands.

Fiji
Adrian Stacey heads out to Fiji to see if the country deserves its title of the ‘soft coral capital of the world’, and at Volivoli Beach Resort, he finds his answer.

Mustard’s Masterclass
Underwater photography guru Alex Mustard turns his attentions towards optics and strobes, saying their importance is often overlooked by new buyers, who focus on cameras and housings.

Divers Alert Network
The DAN Asia-Pacific team discuss how being prepared is essential in diving, both above and below the water.

TECH: Serbia and Austria
Janez Kranjc and Ivana Orlovic break out the thermal protection and the chainsaws to go ice diving in frozen lakes.

Thailand
Terry Smith ventures to the South Andaman Sea aboard The Phinisi for a voyage with a distinctly marine conservation feel.

Indonesia
As Indonesia reopens its borders to international tourists, Adrian Stacey showcases what people have been missing out on these past two years.

What’s New
We take a look at new releases to the market, including the Apeks Exotec back-inflate BCD. Fourth Element Aquanaut and Navigator masks, the Nokta Pulsedive 2-in-1 metal detector, and the innovative Folding Fins.