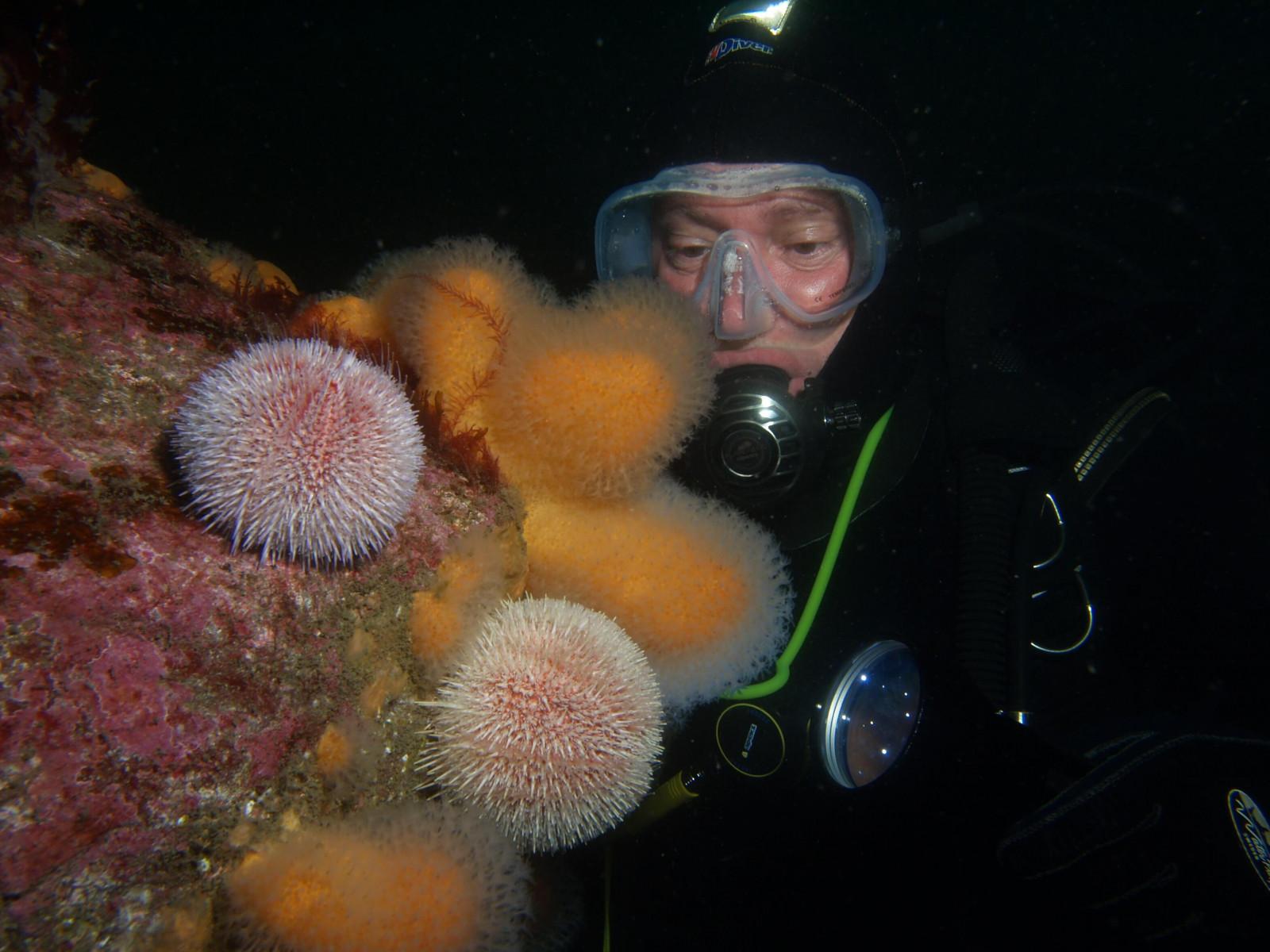 We head down south to the Lizard Peninsula in Cornwall, for a shore dive with a monster reputation – Drawna Rock

Drawna Rocks, or Dragon Rocks when translated from Cornish, is often cited as one of the best shore-diving sites in the UK, and it is easy to see why. It is very accessible, sheltered in all but east winds, boasts an immense variety of marine life, is extremely easy to navigate and, perhaps most importantly, there is an awesome little beach café within staggering distance for apres-dive coffees, teas and pasties!

The site consists of an island group of rocks some 100 metres from shore, with depths ranging from a maximum of 18-22m depending on the tide, to low single digits on the shallower portions. Marine life is prolific, with plenty of colourful jewel anemones, dead man’s fingers, snakelocks anemones, encrusting algae, myriad varieties of seaweed in all manner of colours, and even delicate sea fans.

To get to the entry point, you need to head for Porthkerris, which is found between Porthallow and Porthoustock on the Lizard. Travelling south you drive through Cornwall along the A30 and head towards Helston. You will the pass the helicopter base Culdrose on both sides of the road and, after passing the base, you will come to an island – turn left here following the road to St Keverne. At the next island turn right again towards St Keverne – you will now travel for five to ten minutes (speed depending) over ‘’Goonhilly’ past the telecommunications centre. You then arrive at St Keverne, turn left into the square keeping the White Hart pub on your left, then turn left out of St Keverne past the fire station on your left. Follow the road towards Porthallow and you will pass some gates on your right with stone eagles at their entrance; shortly after this take the next right, (signposted), then next left to Porthkerris dive centre. There is plenty of parking a short distance from the entry point for the dive.

Scuba Dive at Drawna Rocks
1 of 18

The best entry point is at the northern end of the beach, where Porthkerris Dive Centre has erected a handrail to guide you safely over the steepest – and slippiest – part of the rocks. Walk into the water, don your fins and then you can either descend and head east towards Drawna Rocks, or you can surface-swim out and then drop down next to the most-southerly pinnacle protruding from the water.

The dive then consists of slowly exploring all the nooks, crannies and gullies – with names such as Cauldron, Chimney Cove, Steep Corner and The Canyon – along the deeper seaward side of the rocks, before eventually making your way around the northern end and coming back along the shore-side of the rocks in shallower water and then making a right turn on to the beach for your exit.

The Scuba Dive at Drawna Rocks

I have dived Drawna Rocks on a couple of different occasions, and each time I was impressed by the sheer amount of marine life that could be found. As well as the usual array of seaweeds in a rainbow mix of colours, and varying greens of encrusting algae, certain areas were adorned with vivid jewel anemones, as well as ghostly dead man’s fingers. I even found a couple of bright pink sea fans, rising delicately from the seabed. Then there were dahlia and snakelocks anemones adding splashes of colour on the sandy bottom or on the rocks/weed. Fish life is great – shoals of bass and pollack abound, red gurnards forage in the sand, and various species of wrasse will inquisitively follow divers as they explore the reef. Common lobster and spider crabs can be found sheltered in the rocks, along with common and velvet swimming crabs. I even spotted a distinctive John dory, and a well-camouflaged cuttlefish.

Photographers will love this dive, as there is plenty for the macro enthusiast to hone their skills, but equally, enough wide-angle opportunities for those wanting to capture their buddy alongside some colourful marine life.

You can easily spend a good 45-60 minutes pootling around Drawna Rocks, and as well as making a cracking dive in its own right, it is the perfect afternoon accompaniment to a morning boat dive further down the Lizard.

Porthkerris Dive Centre doesn’t just boast a spectacular shore dive, it also offers boat diving from a small hardboat and a whopping great catamaran, as well as having camping available right on site.

Porthkerris is a family run dive centre located on a private beach offering spectacular views out to sea. It has been owned by Mike and Jo Anselmi since 1991 and is a PADI five-star IDC centre, offering everything from Open Water Diver to Instructor level courses, including several Specialties.

The dive shop is relatively small but well stocked with a variety of equipment, and there is a wide range of rental equipment available for hire, including drysuits and semi-drys.

What to expect from Drawna Rocks

Varies, but can be six to eight metres or more

Food on the go