SAVE THE HAWKSBILL TURTLE 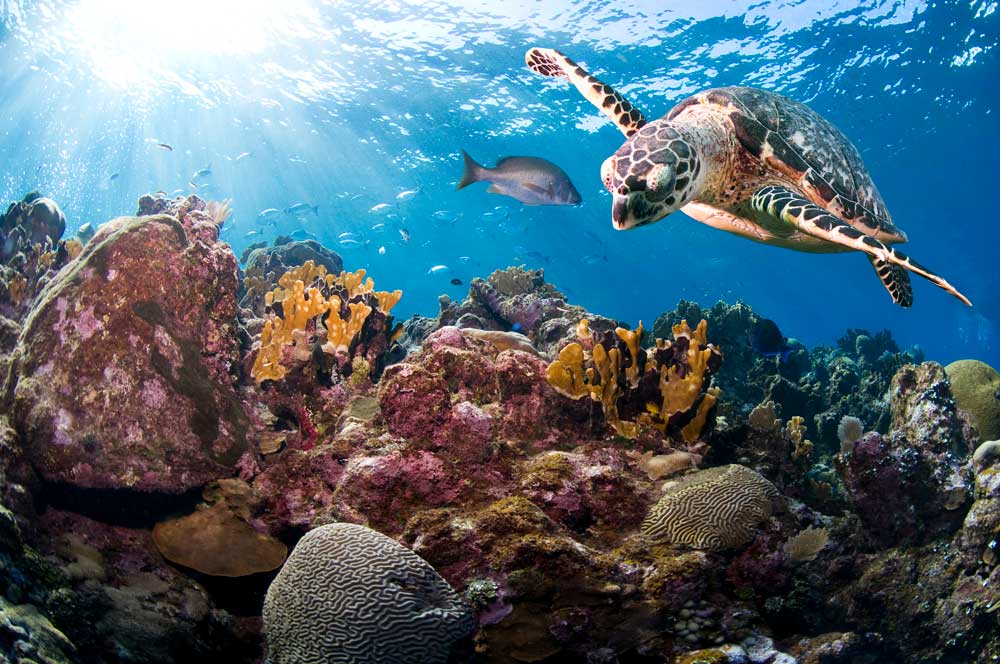 Australians are being urged to surrender their tortoiseshell products, such as jewellery, combs and sunglasses and other trinkets, as part of a groundbreaking new project to save the critically endangered hawksbill turtle.

WWF-Australia, Australian Museum Research Institute and Royal Caribbean International have joined forces to launch “Surrender Your Shell”, which will use cutting-edge technology to extract DNA from products to track the illegal trade of tortoiseshell.

Researchers will use this DNA to trace tortoiseshell products back to the turtles’ nesting beach and develop a database or “ShellBank” for the first time in the Asia-Pacific. This information will help identify vulnerable turtle populations, so WWF-Australia can work with local communities, governments and the tourism industry to improve turtle protection.

To support this initiative, the Australian Government has adopted a policy that for six months will allow Australians to send historically purchased tortoiseshell products to WWF-Australia, along with details of where and when they were purchased, without the risk of facing prosecution.

“The simple act of popping something in the post can make a huge difference to an entire species. By surrendering tortoiseshell products like earrings, artwork and bracelets, you can add to our ShellBank and help ensure the survival of this special creature,” said Christine Madden Hof, WWF-Australia’s Marine Species Program Manager.

“Despite international trade being banned, poaching and the sale of hawksbill turtle products still takes place in our region. It is unclear where poaching is most prevalent, but with the help of the turtle DNA we’ll be able to map poaching hotspots and work with local governments in the Asia-Pacific region to combat these illegal activities.”

It is estimated nearly 9 million hawksbill turtles have been traded for their distinctive shells over the past 150 years, bringing the species close to extinction. The Pacific Ocean's population has declined by more than 75% and now just 4,800 breeding female hawksbills are thought to survive.

“Hawksbills from different regions are genetically distinct. By extracting each shell product’s unique DNA, Australian Museum scientists will help trace the tortoiseshell back to its original nesting population to identify those populations that have been targeted in the past and may still be targeted today,” says Dr Greta Frankham, Wildlife Forensic Scientist at Australian Museum.

“Some of the pieces will join our curated Herpetology Collection at the museum, so people can feel good about giving up their tortoiseshell treasures not just for this vital cause, but also for future research and display.”

To participate, Australians just need to track down any tortoiseshell products they’ve collected, or been gifted, over the years. Real tortoiseshell items are brown, orange, amber and yellow in colour and feature irregular patterns.

If people suspect a product is real, they can take the following steps to support the project:

The first 100 items sent through the Australia Post eParcel Returns portal will be paid for by WWF-Australia.

Tortoiseshell trade can be prevalent in tourism destinations around the world and Royal Caribbean International is supporting the initiative to help make tourists aware of their role in combatting the illegal trade.

“We’re proud to support the crusade to save this precious species, and to raise awareness with Australians, and our guests, on the part they can play in bringing these turtles back from the brink,” says Gavin Smith, Royal Caribbean International VP and managing director, AUNZ. “The ocean is our lifeblood and we are committed to preserving it — through our own innovation, our Save the Waves programme, and through important collaborations like “Surrender Your Shell.”

For more information on how you can help protect hawksbill turtles by surrendering your shell visit Surrender Your Sehll on WWF.ORG