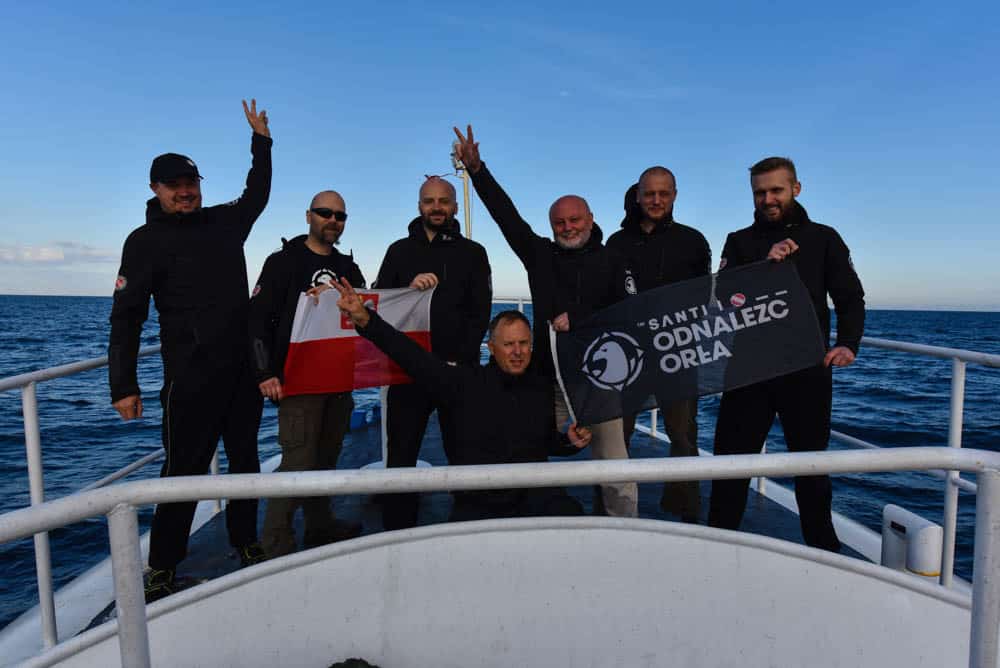 On 10 June, the expedition Santi Odnalezc Orla 2017 was completed. The 21-day exploration of the North Sea resulted in the verification of 34 unmarked wrecks, one of which has most likely been identified as the wreck of the British submarine HMS Narwhal. Alas, team members failed to locate the position of the legendary Polish submarine ORP Orzel.

Members of the Santi Odnalezc Orla expedition set out in search of the Polish submarine wreck on 20 May on board the hydrographic unit Mewo Navigator. The purpose of this year's expedition was to verify the hypothesis that the cause of the ORP Orzeł sinking was an attack by a British aircraft on 3 June, 1940.

The searches were made using two basic research methods. The first was a systematic search of the seabed using a multi-beam probe in the direct vicinity of the alleged attack of the British aircraft. The other was to verify the previously identified wrecks of naval units on the assumed return route of the Orzel from its patrolling sector, marked A1. The first method was conducted from 26 May to 5 June. At that time, an area of 900 km² was surveyed, and four new wrecks were discovered, in addition to six that had been discovered during the two previous expeditions held in 2014 and 2015. The second method of research was used on the route to reach the above-mentioned research area, checking 40 positions on which 30 wrecks were discovered.

Analysis of the technical parameters of one of the discovered wrecks, based on the obtained sonar images, indicates it is highly likely it is the wreck of the British submarine HMS Narwhal, which was lost under unknown circumstances during the Blyth patrol to the shores of Norway on 22-30 July, 1940. The wreck of 88 metres in length and a width of over seven metres lies at a depth of 94m approximately five nautical miles from the route that the last patrol had to return to the base of the ORP Orzel. Location of the wreck and the archival materials collected by expedition members argue for the hypothesis that she was probably the victim of an air strike by a German Do-17 aircraft on 23 July, 1940.

„This year's expedition was the longest in the history of the search for the Polish submarine. During the expedition, we were able to check an area several times larger than the area examined during all our previous expeditions put together. This was possible mainly thanks to the extremely favourable weather conditions, excellent parameters of the Mewo Nawigator ship, on which we conducted the research, and the involvement of the crew as well as the expedition members. Despite a bottom-up survey of more than eight nautical miles from the site of the attack, we have not been able to eliminate the hypothesis of the fratricidal attack of the British aircraft. It is impossible to exclude the possibility of a pilot carrying out a larger navigational error than assumed so far, or the possibility of leaving the submerged submarine from an air strike site. The conducted research allows us to move on to the next stage of the search, which will be conducted in a different methodology,” said Head of Expedition Tomasz Stachura.