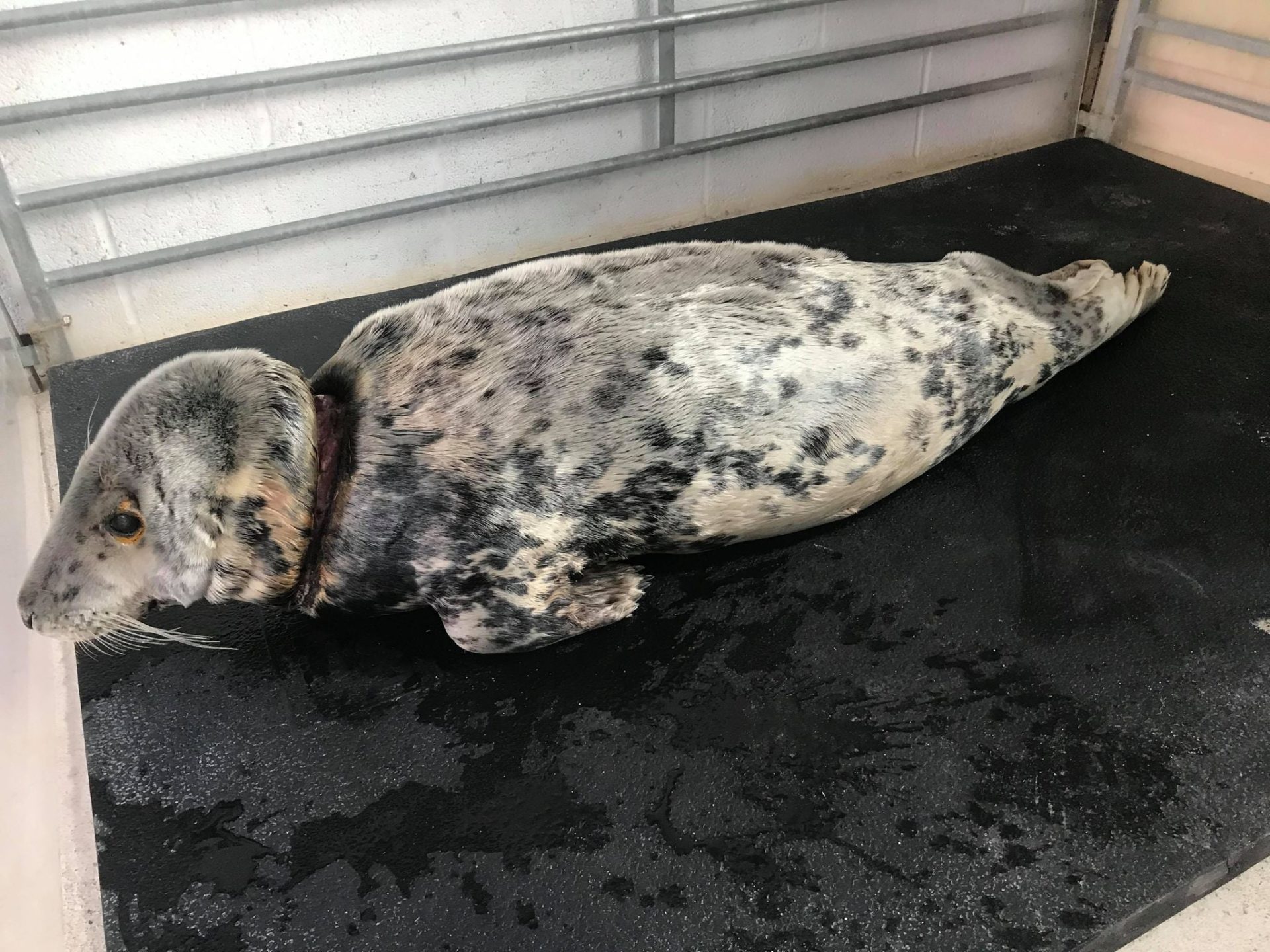 A seal which was dramatically rescued by BDMLR in April after becoming stuck between rocks has tragically had to be put down after her condition rapidly deteriorated.

As reported at the time, the seal – nicknamed Hattie – had been entangled in fishing wires and line for more than two years, but no one was able to capture her. Then on 28 April, she became trapped between rocks on Gwynver Beach and was extricated from her predicament by BDMLR volunteers just in the nick of time, as the tide was coming in and she would have drowned.

She was transported to the Seal Pup Hospital, but staff were concerned about her chances of recovery, as she had a 4cm deep wound around her neck from the wire and line, and was smaller than she should have been given her age.

Sadly, these fears proved accurate, and the decision to put her down was made after she began ‘showing signs of a more complex, underlying illness going on'.

Blood tests revealed the seal was likely to be suffering from major organ dysfunction, and as such, her chances of survival were extremely slim.

Staff at the hospital said: “We are comforted at least by the fact that her final days were in an environment where she was safe and well cared for.”

It has been a tragic few days for marine life, with the news yesterday that the minke whale stranded in the River Thames had to be put down as well.