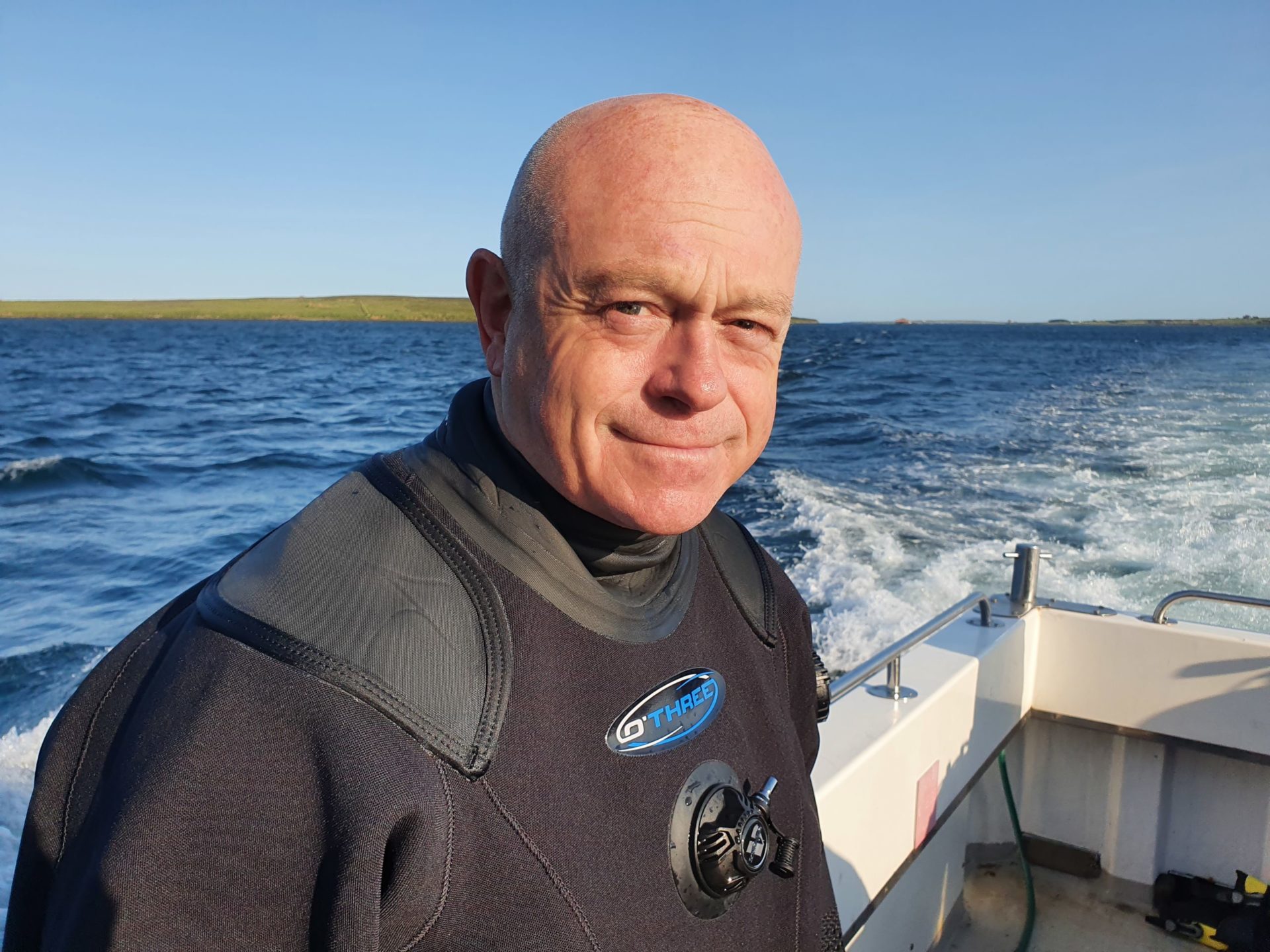 The four-part series, which starts on Sky History on Monday 18 April, sees Kemp dive on everything from the remains of slave ship Iona II, discovered off Plymouth, to the Kaiser's sunken Imperial Fleet in Scapa Flow, and experimental submarine aircraft carrier M2, that sank with all passengers and crew during its sea trials.

Through the four episodes he dives with advanced technical diver Emily Turton, skipper of MY Huskyan up in the Orkney Islands, and maritime archaeologist, commercial diver and technical diver Mallory Haas.

The actor and film-maker has a fascination for seafaring history anyway, but he had a personal reason for undertaking this endeavour as members of his family served at sea, with some being shipwrecked and not surviving to tell their tales. His great-grandfather ‘Pop' was in the Merchant Marines during World War Two, and survived being shipwrecked three times. Pop's two nephews both served and perished aboard HMS Hood when it was sunk by the Bismarck in May 1941.

Ross Kemp goes above and beyond

In preparation for the series, Kemp spent two months brushing up on his diving skills. He took a demanding HSE Scuba course with Neil Brock at Bristol Channel Diving Ltd (Neil also served as the Dive Supervisor for the series), and underwent technical training with Mark Powell, Director of Global Development for TDI, SDI and ERDI.

Speaking about the series, Kemp commented: “Every shipwreck I’ve dived on has had a story to tell, tales that echo from our past into the present. They speak to us of bravery, sacrifice, and progress but also of cruelty and heartbreak. I have discovered the impact the sea has had not only on my own family but also on world history. It’s been challenging; it’s been emotional, but it’s also been lots of fun. There are plenty more shipwrecks in the ocean and I can’t wait to dive on them.”