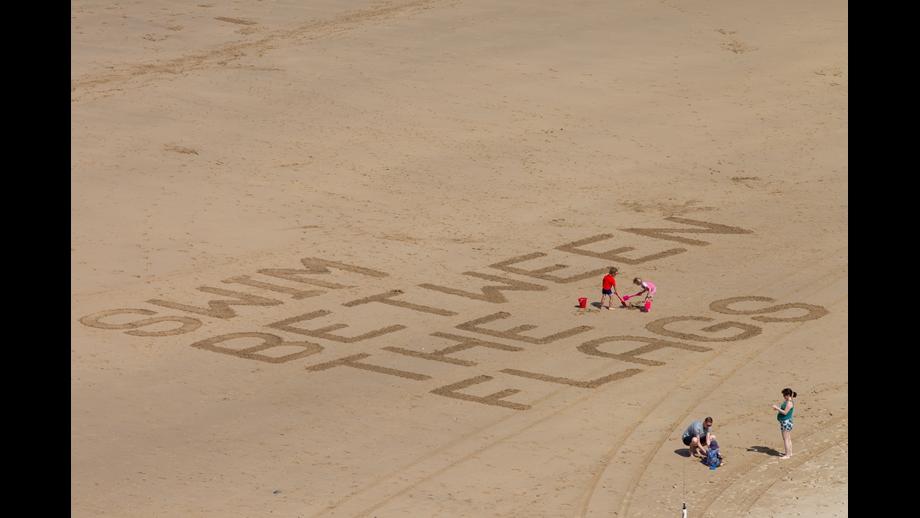 Iconic sand signage from the RNLI’s Design Out Drowning programme has been nominated for a prestigious design award.

The signage, which aims to showcase vital beach safety advice to beach users using text in the sand, was designed by David Revell of south west design consultancy, Imagemakers.

The design awards are due to take place at the end of the month digitally on their website, offering finalists an enhanced platform to showcase their success. The sand signage, originally demonstrated at Perranpoth Beach, has been nominated under the ‘Spaces’ category for Wayfinding and Environmental Graphics.

Results will be announced online and through their social media channels at the end of June. 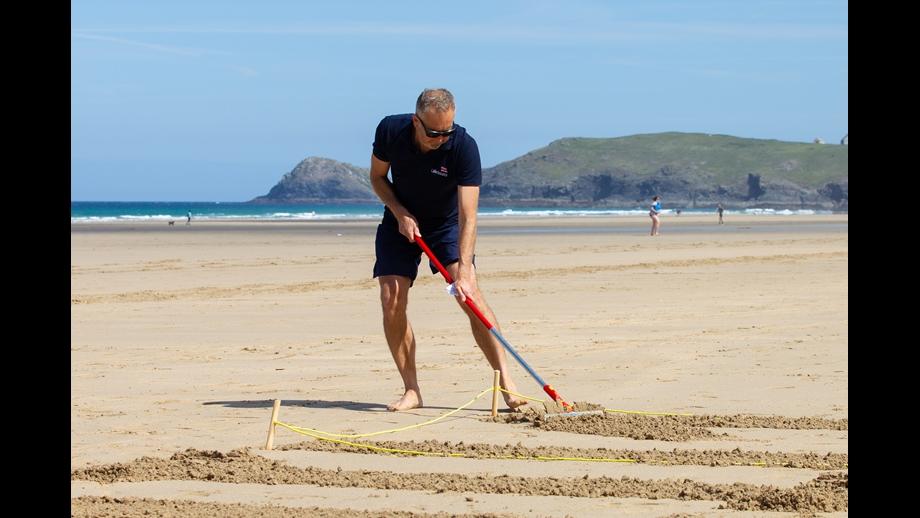 Beach users being cut off by the tide is a common incident that occurs along the entire UK coastline and can often accelerate to a very dangerous situation. This is usually due to the misconception of varying tide times around the coast, the size of tidal surges, neap and spring tides, and just how quickly the tide can flood the beach.The high impact sand signage is also being used to highlight locations of dangerous rip currents and to encourage people to swim between the red and yellow flags, patrolled by our RNLI lifeguards.

David, from Imagemakers said: “The concept is simple: to create signs in the sand that could direct beach users to either the safest part of the sea, or inform them of potential risks and how to avoid them.

“As we developed the idea, we were considering how to make safety messaging simple, less hassle, more intuitive, timely and a little unusual in order to attract attention. We looked at existing precedents for this type of message delivery, finding examples in art, marketing and sports.” 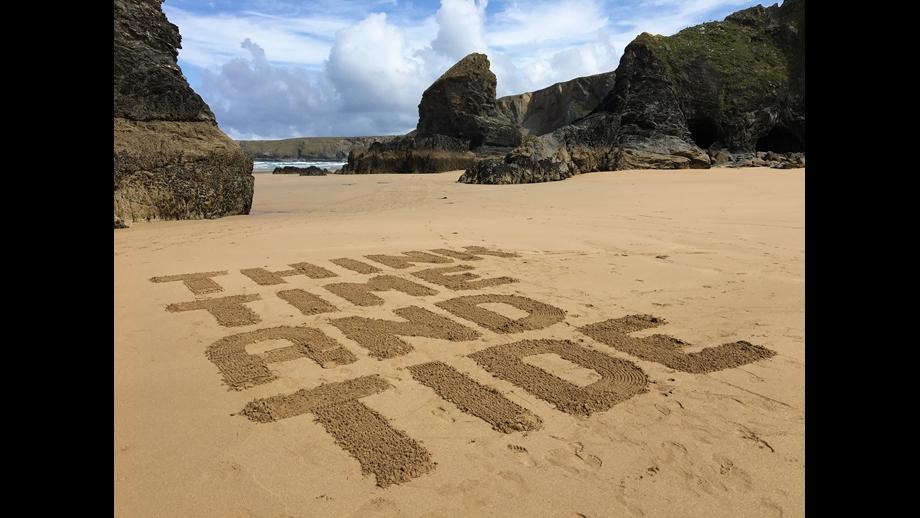 The sand signage was trialled last summer at Bedruthan Steps near Newquay, Watergate Bay, Perran Sands and Perranporth. The project’s success in changing beach users’ behaviour was monitored and assessed, showcasing its potential to be rolled out to other locations in the future.

RNLI Lifeguard Supervisors have been practising the sand art during training and inductions at the start of the year and will aim to utilise this tool as the RNLI continues to roll out its lifeguarding service this summer.

Steve Instance, RNLI Community Safety Manager for the south west, said: “Last year, 25 people lost their lives on the coast in the south west. Too many people are getting cut off by tides or being caught out in rip currents, so we’re exploring new ways of raising awareness of these dangers. 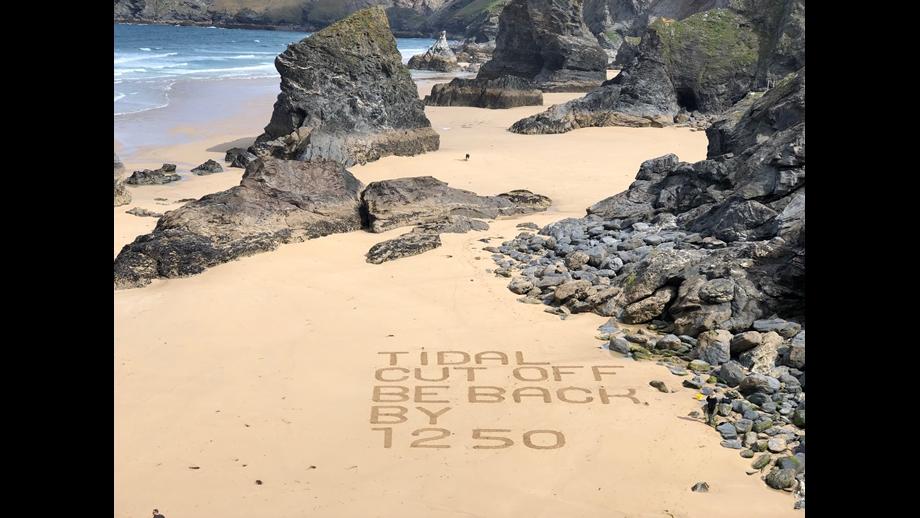 “The sand signage concept carries great impact and we hope will help alert people to the risks that are present at that beach. We’re absolutely committed to reducing the number of people who drown around the coast and this is a new concept that could help achieve that.

“While we are still very much in the early stages of trialling the sand signage, the initial tests have been well received and certainly captured people’s attention.

“We’ll continue testing throughout the summer and perfecting its installation while exploring how it could be rolled out to other locations.”