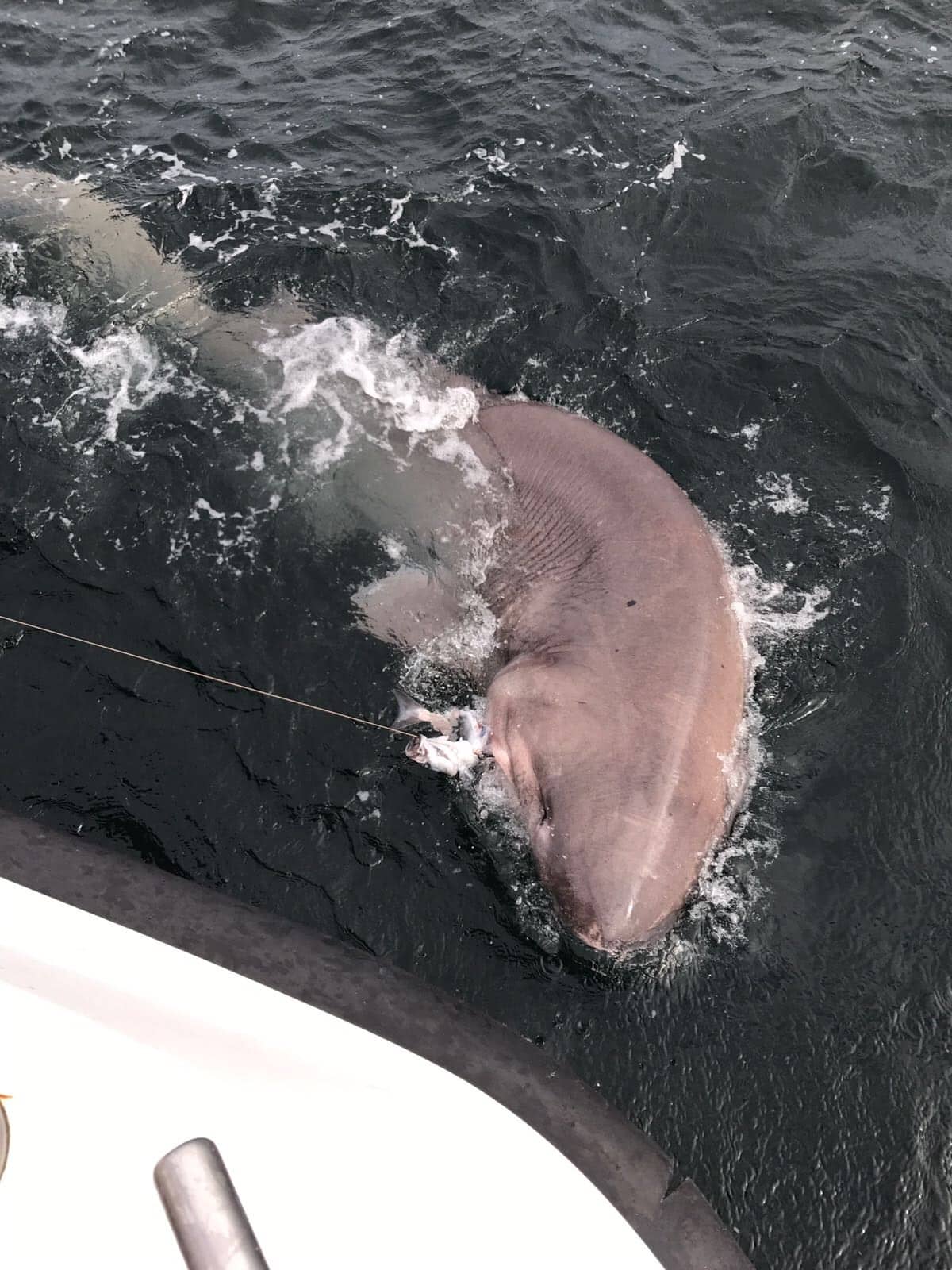 A 26-year-old British fishermen had the fight of his life on his hands when he hooked a massive six-gill shark while fishing off the coast of County Clare in Ireland.

Builder Ben Bond was actively fishing for six-gills off Loop Head on Thursday 4 May, but he wasn't expecting to catch such a gigantic specimen – skipper Luke Aston estimated that the shark was over seven and a half metres long and weighed in excess of 680kg, which would make it the biggest six-gill ever caught on a fishing rod in Europe. It took Bond over an hour and a half to bring the huge fish to the surface, where after a few photographs were hastily taken, it was released and swam back into the depths.

Bond said: “Watching it swim away was probably the best part, I wouldn't want to kill such an impressive creature.”

Six-gill sharks are deep-water fish, which predate other fish, including other shark species, but also take seals on occasion. They are apparently often caught around Loop Head, but not of this monstrous size.