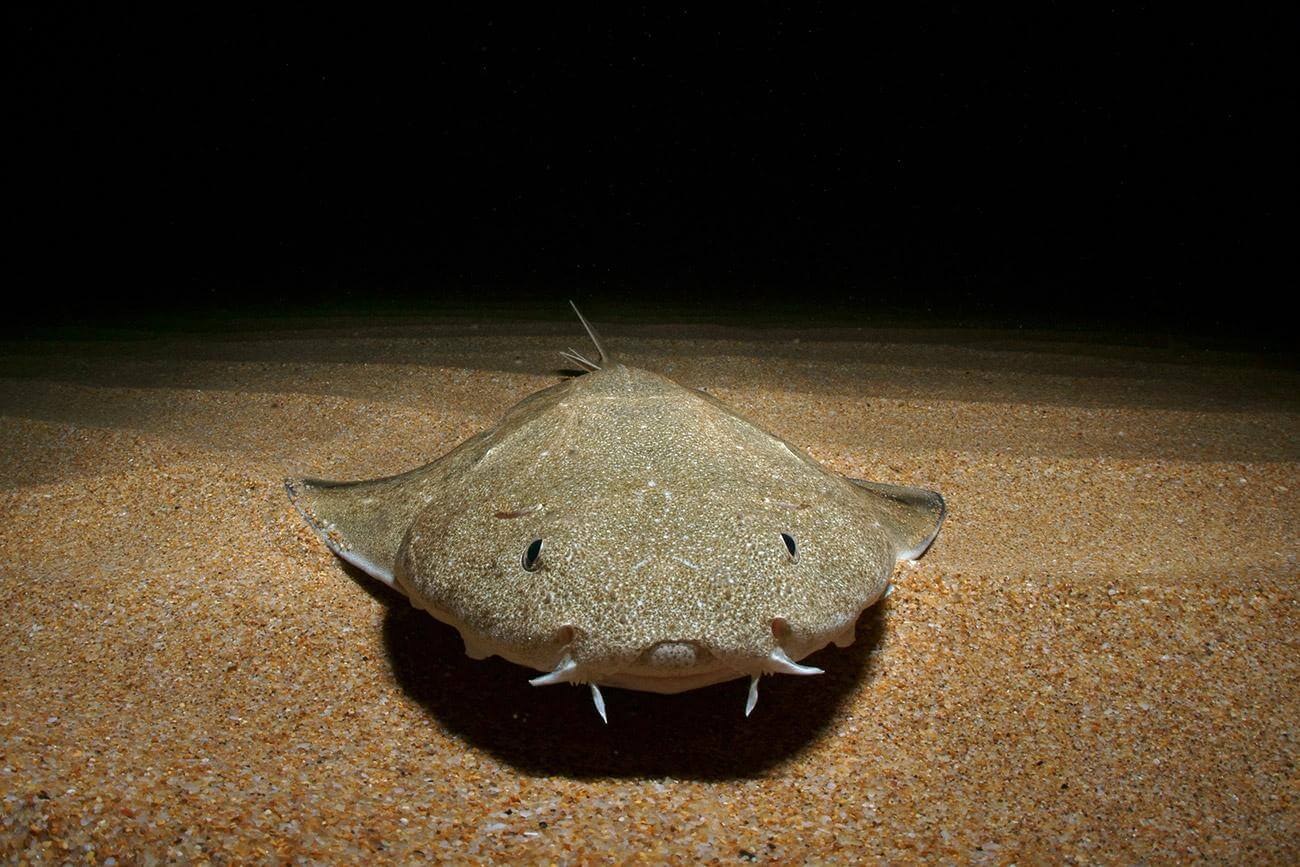 The Welsh coast is a habitat for rare angelsharks, new evidence suggests. Now, the first ever angelshark history roadshow has begun and hopes to gather more information on the species from the people of Wales

The critically endangered angel shark has been spotted off the coast of Wales.

As one of Earth’s rarest shark species, angel sharks are on the IUCN Red List of Threatened Species and have an unusual ‘flattened’ appearance with wide pectoral fins and blotches on their bodies giving them a resemblance to rays.

Their white and dark spots help them to stay camouflaged on the seabed where they wait for prey.

According to the BBC, ‘The species’ only established stronghold is the Canary Islands,’ making Wales a ‘crucial habitat’.

Joanna Barker of the Zoological Society of London told the news outlet: “We think Wales is a really important area for the angel shark. In recent years we’ve had a number of sightings from recreational and commercial fishers.

“What’s amazing is that the fishers and other people living around the coast of Wales have stories, memories and have encountered this animal still relatively recently.

“It has evolved particular traits which no other shark family has done. So if we lose the angel shark we actually lose a really important lineage of evolutionary history that we can’t get from any other shark species.”

The new evidence coincides with the first ever ‘Angel shark History Roadshow’ which started on 25 January at Llŷn Maritime museum, Nefyn, Wales.

People of Wales are being invited to share stories, memories and photographs of the critically endangered angel shark at the roadshow being run by international conservation charity the Zoological Society of London (ZSL) and Natural Resources Wales.

Travelling across Wales, the unique roadshow will not only highlight the importance of the charismatic angel shark – but also seek information from local communities, to better understand the species.

The knowledge will be used by ZSL and Natural Resources Wales scientists to identify important angel shark habitats and investigate how their numbers might have changed over time.

Having begun in Nefyn on Friday 25 January 2019, it will travel onto Milford Haven, Swansea, Aberystwyth and Holyhead throughout February and March. The roadshows are open for all to attend and conservationists hope this novel approach to species research – bringing together community memories alongside fisher records – will provide a much-needed insight into the history of one of the world’s most threatened sharks.