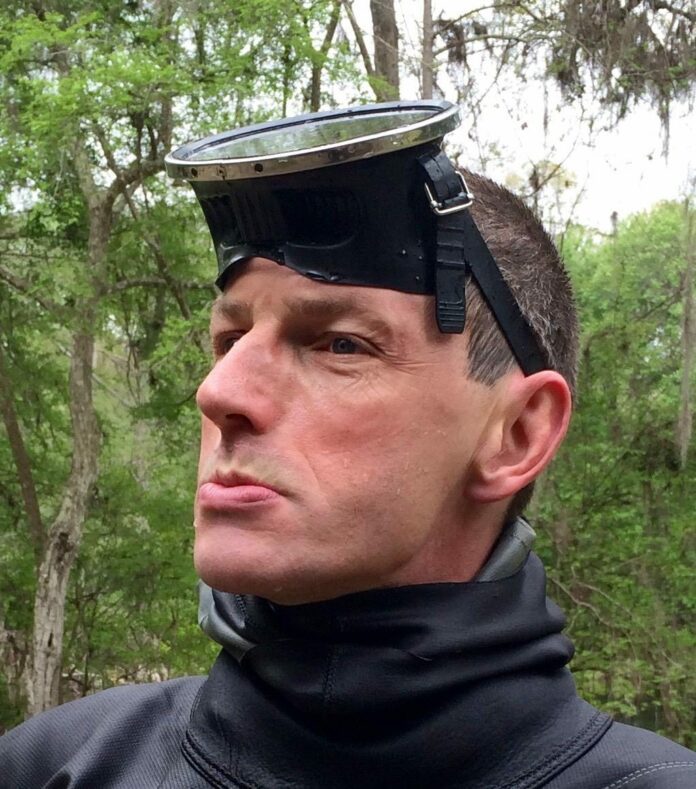 Contents hide
1 Scuba Diver talked to the expedition expert about what drives his interests.
1.1 Q: You are renowned for some of your ground-breaking expeditions – have you always been an adventurer?
1.2 Q: How did you get into diving in the first place?
1.3 Q: When did you first get drawn to technical diving?
1.4 Q: For you personally, what is the attraction of technical diving?
1.5 Q: You have logged thousands of hours on closed-circuit rebreathers. How much difference has this technology made to your expeditions?
1.6 Q: You have been involved in some seriously challenging expeditions around the world. What is it about putting yourself in these demanding situations that you obviously thrive on?
1.7 Q: What has been your worst moment while diving or on expedition?
1.8 Q: On the flip side, what has been your best moment while diving or on expedition?
1.9 Q: Which expeditions or projects have been the most-memorable for you over the years?
1.10 Q: What’s next for Phil Short?

Instructor trainer Phil Short is the man to go to when you want to explore virgin cave systems, venture deep underwater to some long-forgotten shipwreck, or delve into some historical site lying hundreds of metres below the surface.

Scuba Diver talked to the expedition expert about what drives his interests.

Q: You are renowned for some of your ground-breaking expeditions – have you always been an adventurer?

A: As a young boy, play was anything and everything outdoors, swimming in the local river and making rafts, building tree houses and dens, and even digging tunnels (As a huge early life fan of The Great Escape, especially Steve McQueen… I still am!). This beginning lead to adventure sports holidays with abseiling, climbing, kayaking and, of course, caving.

As a college student I had a Saturday job in the local camping and outdoors shop and we were asked to put a notice up for a talk at the local university, Cave Diving. Of course I went and sat enthralled by my now-friend Martyn Farr’s tales of exploration beneath the earth and left with an early copy of The Darkness Beckons, which I read and read again. And as they say, ‘the rest was history’. I was proud and honoured to feature in the recent newest edition of Martyn’s book with a description of Bill Stone’s J2 cave expedition in 2013, where I spent 45 days living underground and exploring virgin cave.

Q: How did you get into diving in the first place?

A: I started from a background of dry caving, or speleology, and fascinated by the submerged sections of cave where the roof dipped to meet the water, I joined the British Cave Diving Group as a trainee diver and searched out basic scuba training through a dive school in Poole, Dorset. The instructor of that course, Steve Axtell, was an inspiration and his teaching and enthusiasm birthed in me a love of diving that has never diminished, and I doubt ever will.

Q: When did you first get drawn to technical diving?

A: You’ve likely heard the phrase ‘the right tool for the job?’ Well, I never really thought of myself as a technical diver, just a passionate (obsessed) diver who would learn new skills, techniques and then practice them to safely achieve the dives I wanted to make to visit the parts of the underwater world that interested me most.

I still dive single tank occasionally, when it is right for the dive – my wife and I did a 6m shore dive the morning after our sunset wedding in Grand Cayman and it was one of my life top dives!

But to answer your question, I first moved into diving with gases other than air and multiple cylinder configurations in the mid-1990s.

Q: For you personally, what is the attraction of technical diving?

A: Really this question is linked to the one above regarding my entry into ‘technical diving’. The real attraction, if you wish to call it that, is safety, using multiple cylinders to give redundancy, using various mixed gases to reduce or eliminate narcosis, and to lower decompression sickness risk.

The benefits can be summed up in cave diving pioneer Check Exley’s book Blueprint for Survival, where he covers the vital rules to safely dive in flooded caves, such as three light sources, continuous guideline and most important of all… training!

Once all that is achieved the benefit is to see places and things no one has seen before, a virgin newly discovered shipwreck or an unexplored cave. Those lures are genuinely why I do it.

Q: You have logged thousands of hours on closed-circuit rebreathers. How much difference has this technology made to your expeditions?

A: I have to say the difference has been immeasurable and I can illustrate that with one particular example from my career.

On the J2 project in Southern Mexico, led by Bill Stone, my friend Marcin Gala and I were privileged to be the exploratory team beyond sump two and the first human beings ever to pass the 600-metre-long sump four to explore virgin dry cave beyond. Now to pass that 600-metre-long sump did not take just one dive, rather tens of dives transporting gear to camp beyond sump two and multiple dives to lay line and pass, survey and then transport gear to explore beyond in sump four.

Of course, in modern cave diving, 600 metres is a short sump, but this 600-metre-long sump was over one kilometre of vertical descent and over ten kilometres of horizontal caving to reach! Rebreathers were the only way, as you can’t just nip back to the surface for a cylinder fill. It took a team of 55 people three months to achieve that exploration, with Marcin and I spending nine days beyond sump two alone on the final exploration.

Q: You have been involved in some seriously challenging expeditions around the world. What is it about putting yourself in these demanding situations that you obviously thrive on?

A: The drive to explore. As Hillary was first to summit Everest, as Amundsen was first to reach the South Pole, and as Armstrong was first to stand on the moon, the spirit of human exploration fuels my passion to visit remote parts of our planet and often spend long periods of time cold or hot, wet, dirty, hungry and exhausted for the chance to explore.

Q: What has been your worst moment while diving or on expedition?

A: A sad, sad memory, but one I keep with me to remember and honour a friend.

I was on an expedition to explore and map an undived mine some years back, and the expedition was one of the best for the camaraderie that makes expedition life so great. In the team were divers who have become lifelong friends, almost family and that means a lot.

One of the support divers sadly passed away due to undiagnosed medical reasons that led to an embolism and we all lost a great friend… It was so hard for me and us all. In our friend’s honour, the expedition continued, pulling us closer still to each other and led on to a second exped in the same mine some years later. I miss you my friend, you are remembered.

Q: On the flip side, what has been your best moment while diving or on expedition?

A: This is the easiest question you have asked! The person next to you and the entire team on the dive, in the remote camp or underground. That camaraderie is golden and dispels fear, belittles fatigue and hunger, and fuels you with support, shared endeavour and, of course, banter!

Q: Which expeditions or projects have been the most-memorable for you over the years?

A: Probably the two stand-out projects for me of my career have been the Antikythera Shipwreck expedition and the J2 Cave expedition, although there have been so many  wonderful expeditions over the years.

What particularly stands out and makes Antikythera special is the fact that my business partner and wife, Gemma, and I were able to complete four seasons of the project together as she is a bottom diver and the team’s medic. What better than to be doing what you love with the person you love!

Q: What’s next for Phil Short?

A: I set up a company a few years ago called Dark Water Exploration Ltd to serve the scientific diving community and in those years I have worked with Woods Hole Oceanographic Institute, The US National Parks Service, the Greek Ephorate of Submerged Antiquities, Lund University Sweden and the US DPAA among others on Roman shipwrecks, wooden sailing ships, caves and a B-24 bomber. Hopefully, post-COVID-19, I can get back on to some of these expeditions. 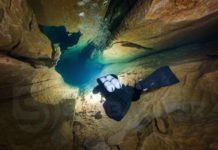 What Is Technical Diving? A Beginners Guide To Going Deeper 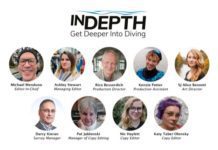 InDEPTH staffs up in bid for world domination 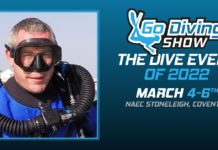