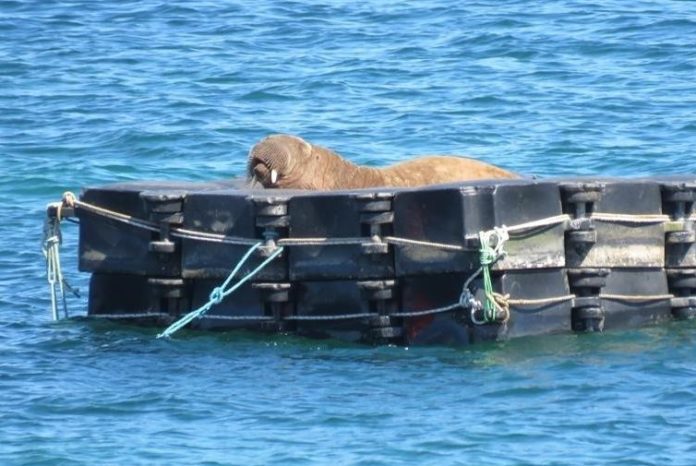 A purpose-built pontoon has now been constructed in the Isles of Scilly for wandering Wally the walrus.

The huge animal is believed to have covered more than 4,000km during his European jaunt, spending time in Ireland, Wales, England, France and Spain, before rocking up in the Isles of Scilly in mid-June.

However, he has been causing chaos on the islands, causing thousands of pounds worth of damage to boats, and even sinking some, as he sought to find somewhere to chill out and rest.

To prevent more carnage and to give the animal somewhere to sleep in peace, a purpose-built pontoon has been created, with his scent to attract him away from boats and other areas.

This new plan was conceived by BDMLR, Isles of Scilly Wildlife Trust, Cornwall Seal Group Research Trust and the St Mary's Harbour team, and a spokesperson for the groups said that the walrus had returned to the pontoon on a number of occasions after initially exploring it.

They continued: “It may be possible to relocate the pontoon to outside the harbour area to further reduce disturbance and enable him to rest more effectively, but in the meantime, all boat owners and water users have been asked to give the walrus space and refrain from actively moving towards him.

“The walrus is a highly protected species and disturbance of this nature is a criminal offence – even a lift of his head means his rest has been interrupted, so please stay away from him.”

It is anticipated that once he has rested long enough and built up his strength, he will begin making his way back up north. 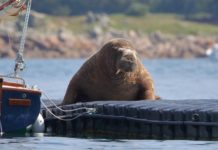 Wally the walrus causing chaos on the Isles of Scilly 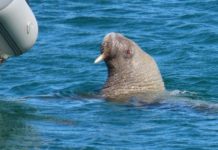 Wally the walrus back in UK waters 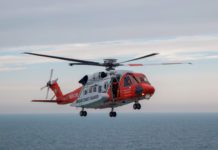