Pre-World War One German ‘ironclad’ – and its memorial – granted protection 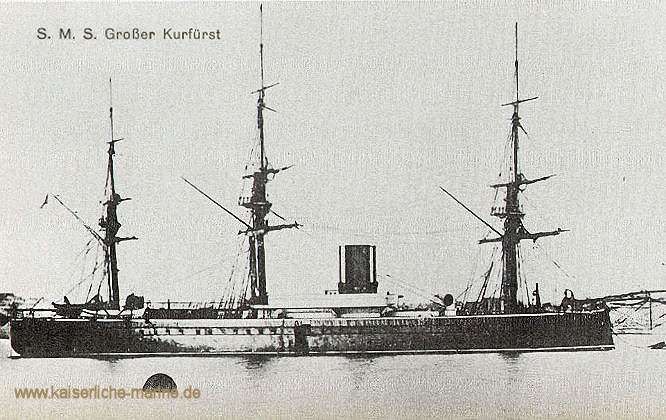 The wreck of a pre-World War One German ‘ironclad', SMS Grosser Kurfürst, which sank off the Kent coast in 1878, along with a Folkestone memorial which pays tribute to the 284 men who lost their lives, have been granted protection by the Department for Digital, Culture, Media and Sport on the advice of Historic England.

The wreck of the ‘ironclad’ has been scheduled and added to the National Heritage List for England. Scheduling means that recreational divers have permission to dive the wreck, but its contents are given a level of protection. The associated war memorial at Cheriton Road Cemetery in Folkestone has been listed at Grade II. 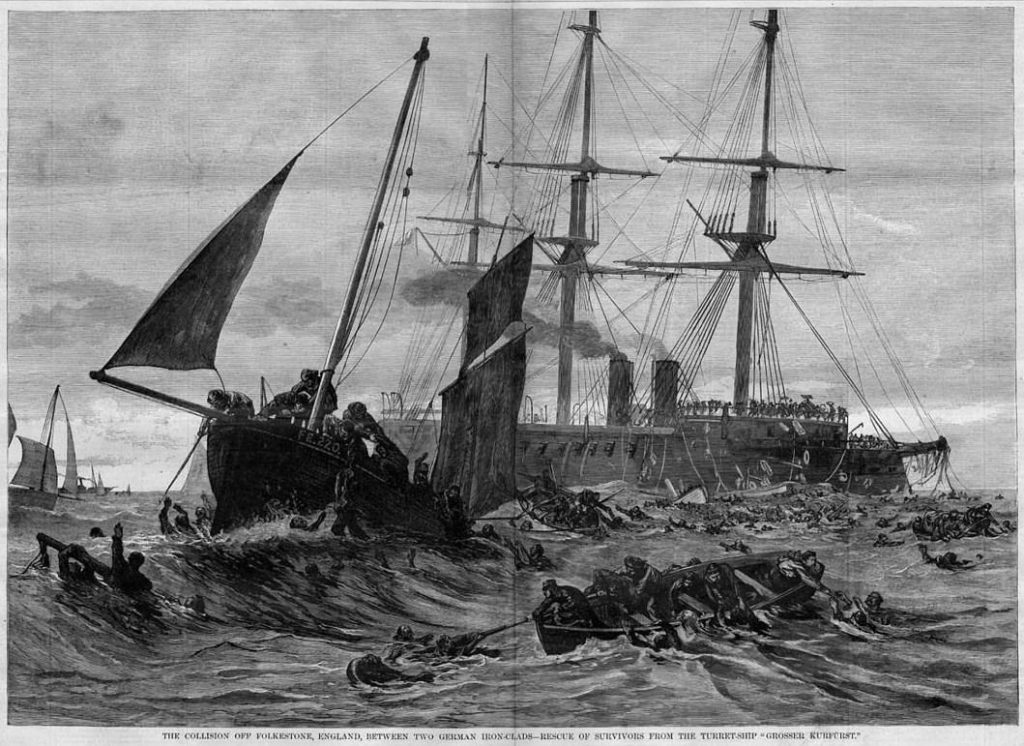 In May 1878, while preparing for annual summer training sessions in the English Channel, SMS Grosser Kurfürst was accidently rammed by another German warship Konig Wilhelm while it was turning to avoid colliding with a pair of sailing ships. The Konig Wilhelm’s strengthened ram bow, designed to sink enemy ships, ripped away armour plating and gouged a huge hole in the side of SMS Grosser Kurfürst. It sank rapidly with the loss of 284 men.

Many of the recovered bodies were interred in Cheriton Road Cemetery in Folkestone. The large memorial there is in honour of those who lost their lives on board the ship, which has been protected today. 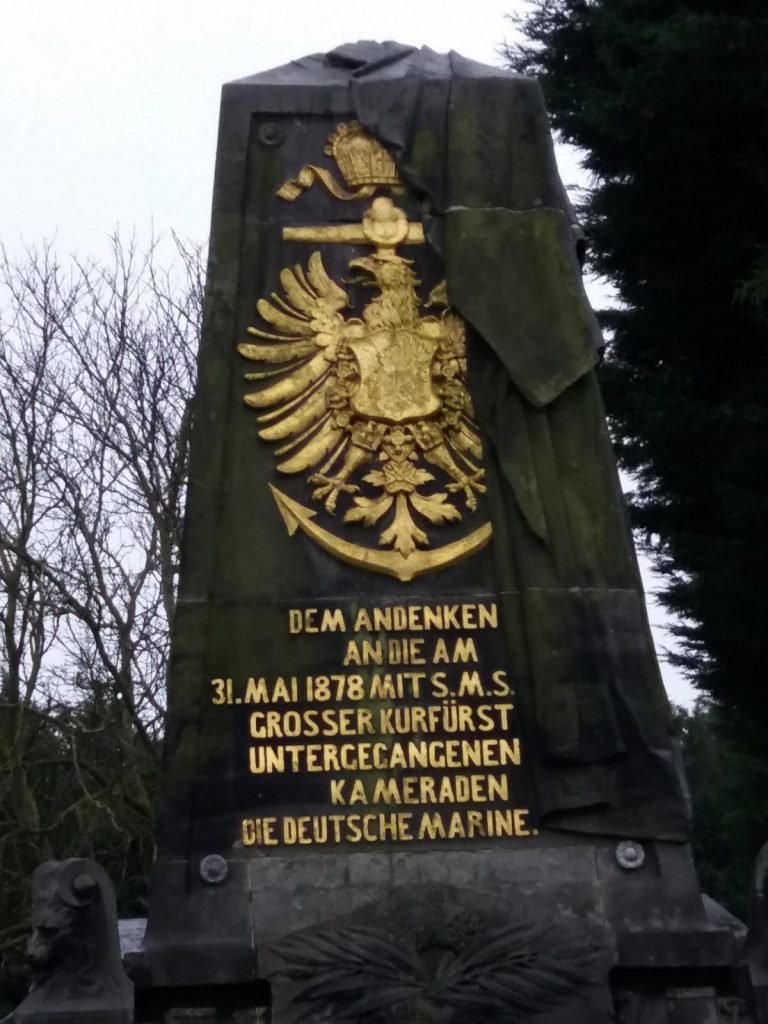 Heritage Minister Nigel Huddleston said: “The listing of the SMS Grosser Kurfürst and the memorial plaque is a fitting tribute to the 284 men who died when the ship sank more than 130 years ago. I hope that the increased protection for both sites will ensure that the ingenuity of the early ironclad ships and their influence on modern navy vessels is not forgotten.”

Duncan Wilson, Chief Executive of Historic England said: “This historic shipwreck tells the story of Germany’s increasing naval strength in the late-19th century at a time when Britain and Germany were on friendly terms. The SMS Grosser Kurfürst is important as the only non-Royal Naval warship recorded as wrecked in English waters for the period 1860 – 1913. The listing of the associated memorial in Folkestone with its German inscription is a poignant reminder of the loss of nearly 300 crewmen on board. It is right that we continue to remember them.”

Damian Collins, MP for Folkestone and Hythe said: “I was happy to support the application of the Memorial to the crew of the SMS Grosser Kurfürst for the National Heritage List for England, and am very pleased that it has been successful. The Memorial pays tribute to the hundreds of German sailors who lost their lives off the coast of Folkestone on 31 May 1878, but also to the heroism of the Folkstonians who were able to rescue around 300 seamen. Folkestone would go on to play an important role in World War One, as a port of passage for many soldiers travelling to and from the trenches in France and Belgium, which I have worked to commemorate as Chairman of the Step Short charity. In that spirit, I believe the monument is an important reminder of Anglo-German friendship and solidarity in times of disaster, to be remembered as well as times of enmity.” 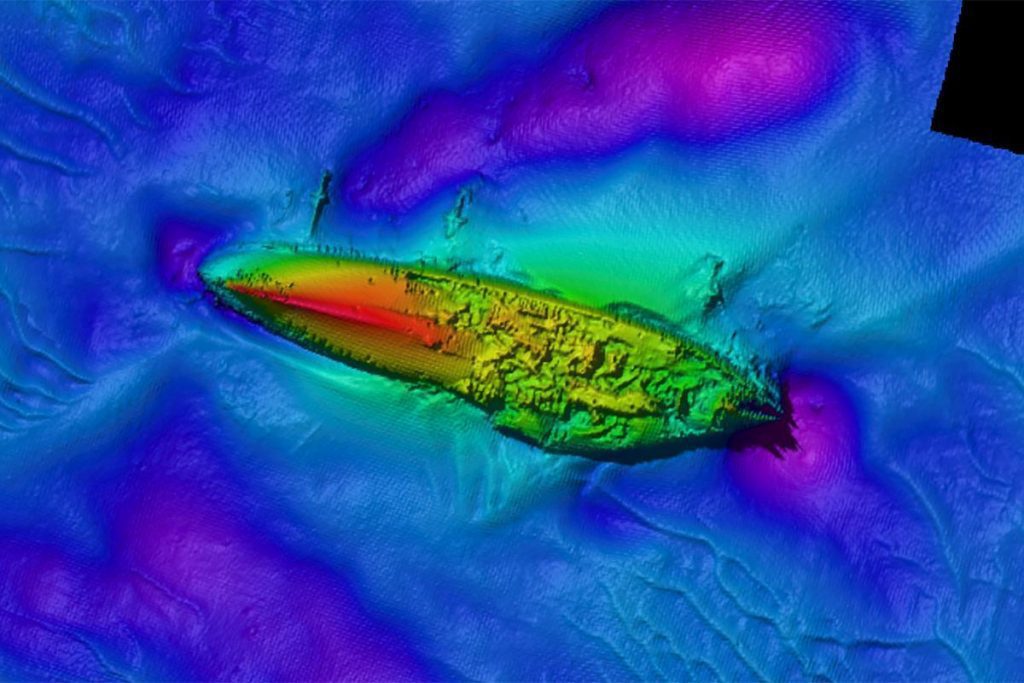 SMS Grosser Kurfürst was one of only three Preussen-class ironclad warships authorised under the naval programme of 1867, which had been approved by the Reichstag to strengthen the North German Federal Navy. This happened in the wake of the Second Schleswig War (February to October 1864) involving the weak then-Prussian Navy which had been unable to break the blockade imposed by the Danish Navy.

As an ‘ironclad’, the ship was built during an experimental period in naval warfare when they moved from wooden to armoured ships and which also saw the brief return of the ancient ram, used to cause damage to enemy ships, but ended with the dominance of armour-plated warships that had large-calibre heavy guns.