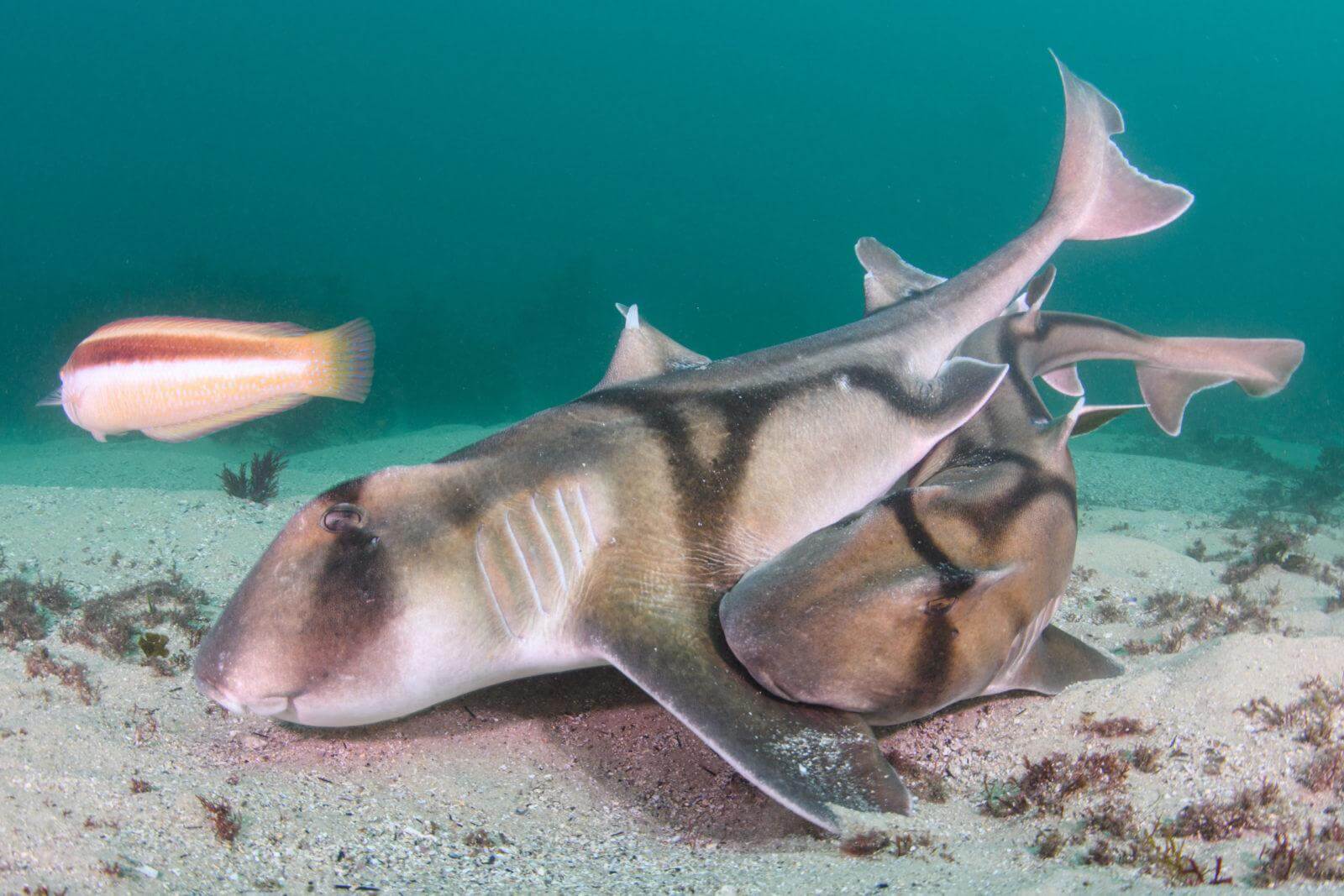 In Sydney’s Winters, the water temperature drops down to the mid tens, but calm seas, greater visibility and easier parking make it a very pleasant season to dive.

However, with two East-Coast lows generating 5+ meters swells, and heavy rains draining sediment from the river through to the bays and ocean, Winter didn’t always deliver on its visibility promise.

Yet, that Saturday morning I am glad I woke up early, to enter the waters of Cabbage Tree Bay (Manly, north Sydney) with buddy Jeroen. Top side, all looked fine. Underwater, it was a different story: the gloomy green conditions being reported earlier in the week were still prevailing. After 1h30 my open-circuit buddy had to ascend, and I honestly was tempted to follow since we hadn’t seen much.

Cabbage Tree Bay being an underwater marine park (the only one in Sydney), I always feel there is potential for “something special” to happen down there. So I decided to carry on, in the silence of my rebreather, and wander across the bay for another 2 hours, in search for the unexpected.

Winter is known to bring Port Jackson sharks (heterodontus portusjacksoni) into New South Wales waters, as they migrate up the coast from Tasmania to mate. Sydney hosts some of their breeding grounds, so I was pleased – but not surprised – to spot some individuals here and there.

My heart started racing when I distinguished an unusual shape a few meters away: what looked like a modern sculpture actually was a living pyramid of… sharks! port Jackson sharks to be precise. Immediately I knew I had stumbled upon something special.

Whatever was happening, I had the feeling it wouldn’t last long, so I quickly adjusted my strobes, while carefully approaching the scene. From a distance it looked like a fight, but once closer I understood what was happening: the bottom Port Jackson shark was a female, and the above one a male. The male was biting onto the female’s pectoral fin, to hold her close and enable the coitus. A third shark was swimming around, in an unsatisfied hope to also extend his lineage.

I had the time to take a few good photos, though a curious Maori wrasse did a good job at photo-bombing most of them!

In less than a minute the female decided enough was enough, and despite the male’s attempt to grab her again, she managed to flee away. I took a final photograph of that last interaction and then she was gone. The male swam after her, and the third shark stuck around with me, seemingly undecided about his next move.

I kept exploring the bay, now hoping to see a repetition of this behaviour, but after spotting a dozen of sharks from the same species, mostly inactive, I realized how lucky I had just been.

As a closing word, don’t let the conditions deter you. Even with less-than-ideal visibility and cold water, the ocean still holds wonders for us to see, just go for it!