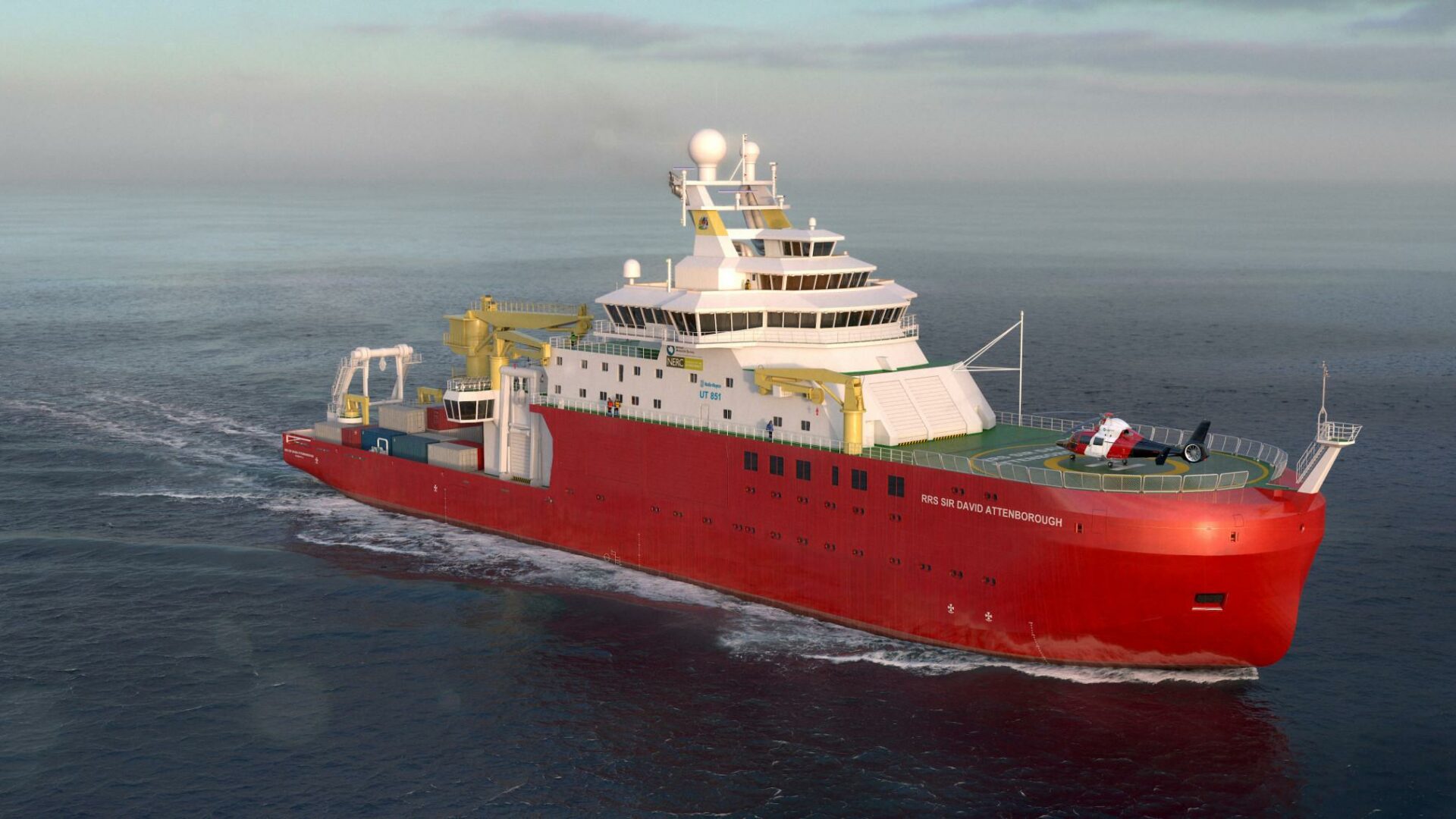 The amusing name was voted in during an online poll, but ministers stepped in with the far-more-sensible and appropriate moniker for the £200m vessel – the McBoatface name instead went to a bright-yellow ROV that will operate from the main ship. This latest Royal Research Ship (RRS) – the largest commercial ship built in Britain in three decades – replaces the James Clark Ross and the Ernest Shackleton, which supported UK polar science expeditions for nearly 50 years.

Thousands of people flocked to the Cammell Laird shipyard on the Wirral to see the ceremony firsthand. The Duchess of Cambridge smashed a bottle of champagne against the hull in time-honoured tradition, but before she did so, the Duke of Cambridge paid a heartfelt tribute to the legendary conservationist, while also discussing his concerns about climate change.

He said: “There has never been a more-important moment for this ship to get to work, and there is no person more fitting for this beacon of scientific research to be named after than you, David.”

Sir David himself spoke of the ‘greatest possible honour’ that had been bestowed on him, and commented that the technologically advanced vessel will ‘find the science with which to deal with the problems that are facing the world today and will increasingly do so tomorrow.”