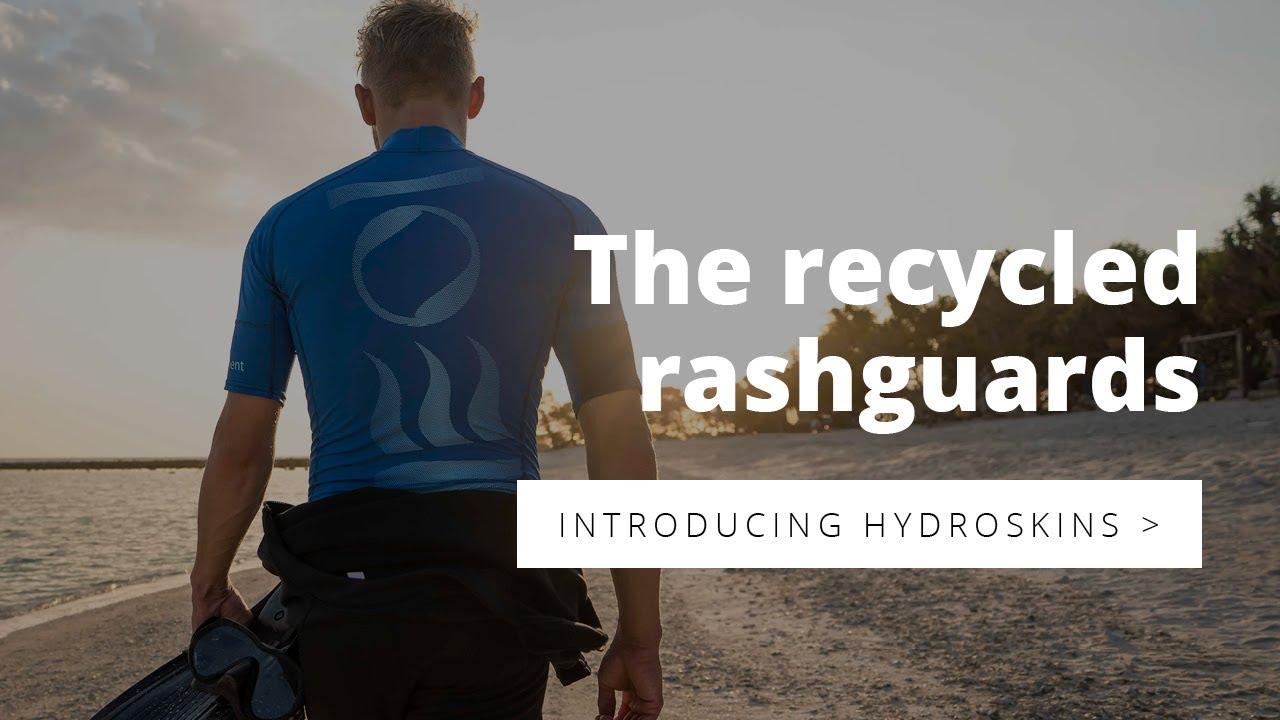 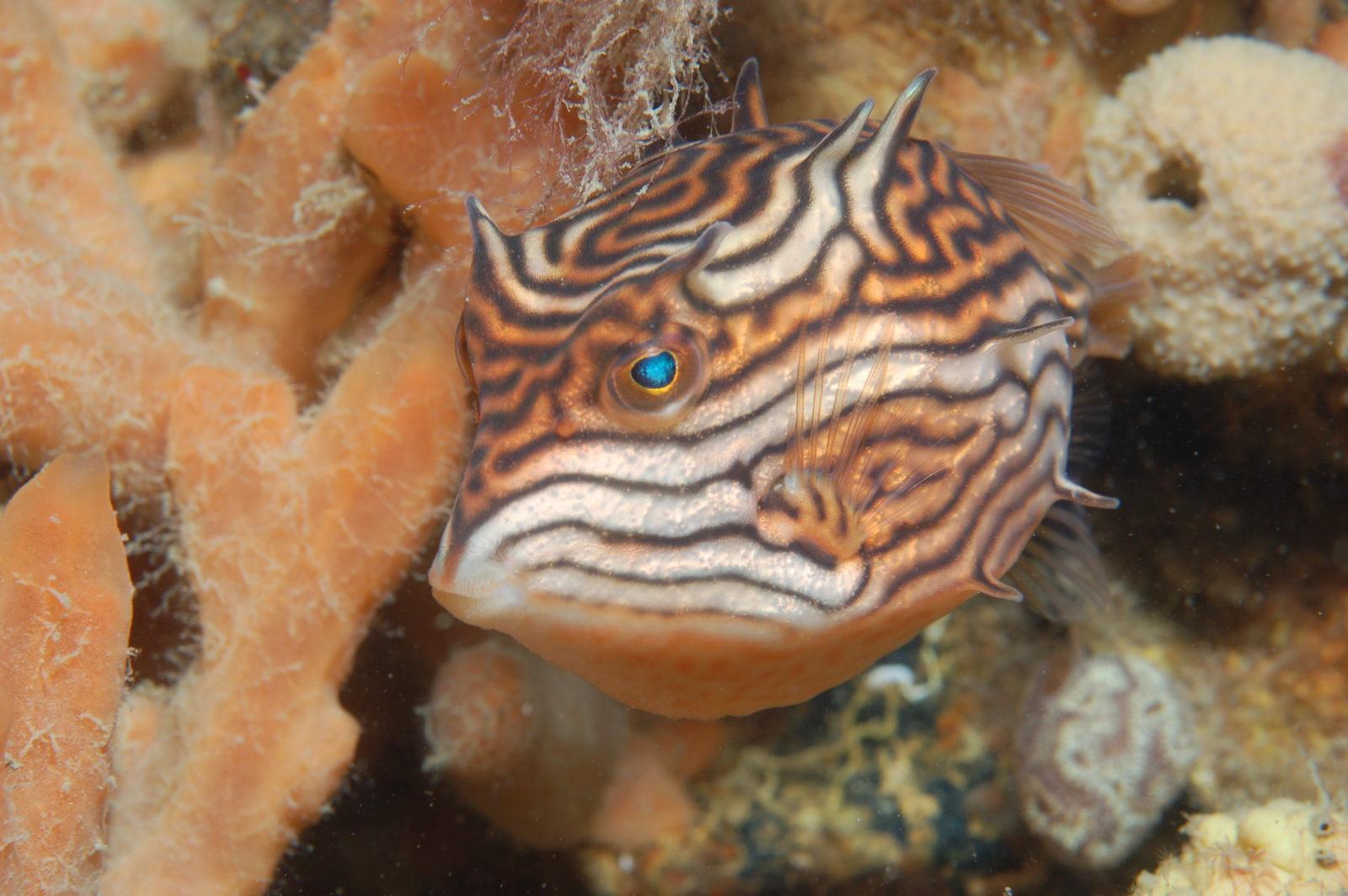 Melbourne has some of the keenest divers in Australia. Each weekend (no matter how cold, wet or miserable the Melbourne weather gets) sees hundreds of local divers heading out on boats to explore spectacular shipwrecks and very colourful temperate rocky reefs. But many more divers can be found shore diving in Port Phillip Bay, exploring Melbourne’s brilliant piers.

Melbourne’s Port Phillip Bay is one of the most unique bays in the world. The bay contains a massive body of water that funnels through a very small mouth, known as ‘The Rip’, which has claimed numerous ships. This huge movement of water in and out of the bay creates very strong currents and allows a rich mixture of marine life to thrive, most of which is endemic to southern Australia.

Port Phillip Bay is dotted with piers all around its length, but the best ones to dive are found on the Mornington Peninsula, about an hour and a half drive from Melbourne city. 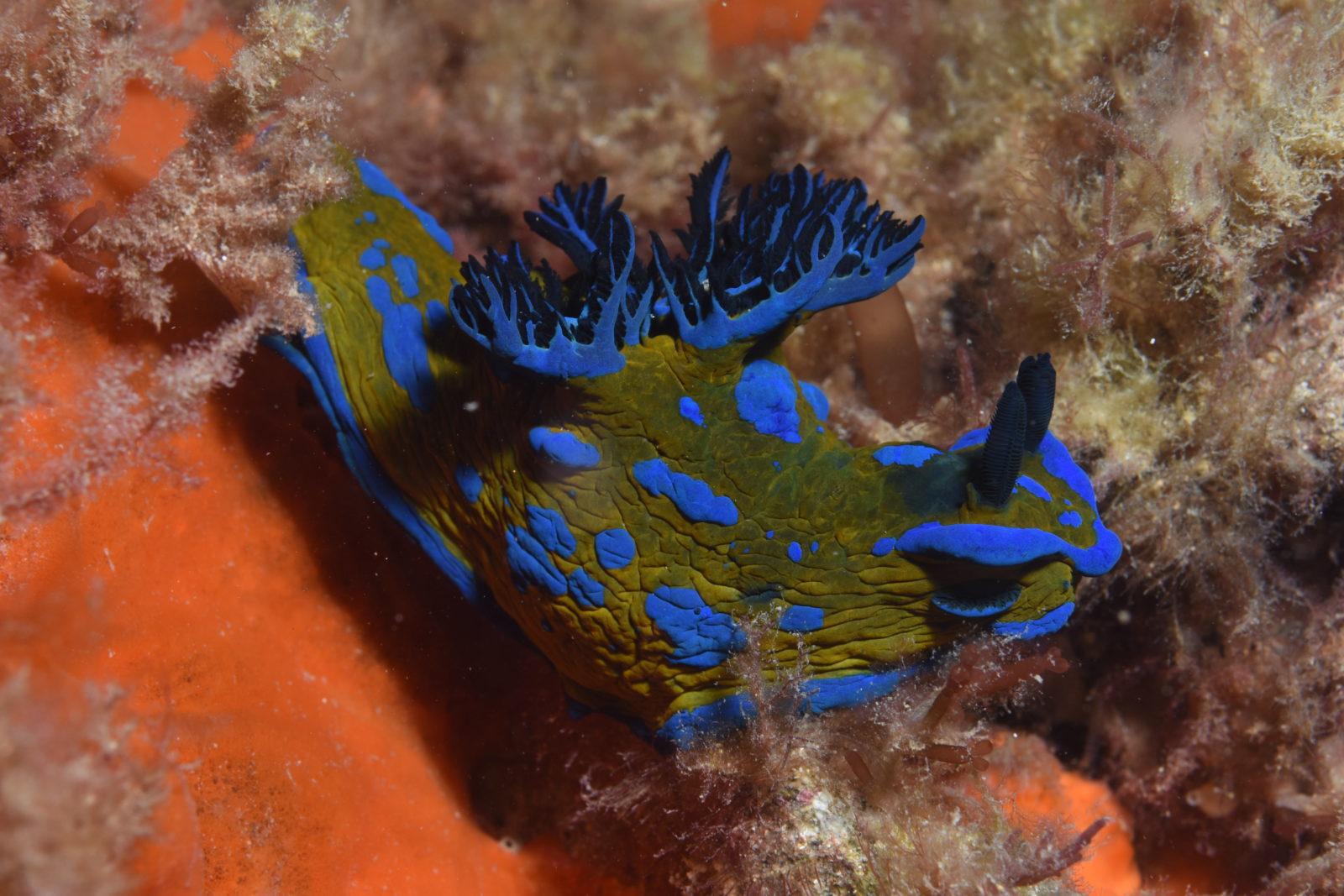 The closest to Melbourne is Mornington Pier, which is sometimes an average day dive, but transforms into ‘Cephalopod City’ by night. A 2m jump into the water is a spectacular start to this dive, and being only 7m deep allows for a long bottom time to drift between the colourful pylons.

Big-belly seahorses, the largest seahorse species in the world, are also common at Mornington Pier. These wonderful creatures cling to the seaweeds, ropes and other debris with their prehensive tails. Under Mornington Pier divers will also find a huge variety of sea stars. These abundant members of the echinoderm family are a feature of Melbourne diving, with southern stars and magnificent stars seen in their hundreds in a wonderful range of colours.

As mentioned earlier, Mornington Pier is best known for its cephalopods, and it rarely disappoints. Most divers head to the famous muck sites of Southeast Asia to see a wide variety of cephalopods, but the greatest variety of these intelligent molluscs are found in the cool waters of southern Australia. On a typical night dive you will see large Maori octopus, southern calamari squid and even the occasional giant cuttlefish.

However, the most common octopus found at this site is the highly venomous southern blue-ringed octopus (Hapalochlaena maculosa). They maybe potentially dangerous, but they pose little threat to divers if treated with respect. Simply watch and photograph them as they stroll across the bottom looking for prey. Another unique octopus found under the pier is the rare southern white-spot octopus (Callistoctopus bunurong). These orange-coloured octopus live in the sand and emerge at night to feed, but quickly sink back into the sand if disturbed. 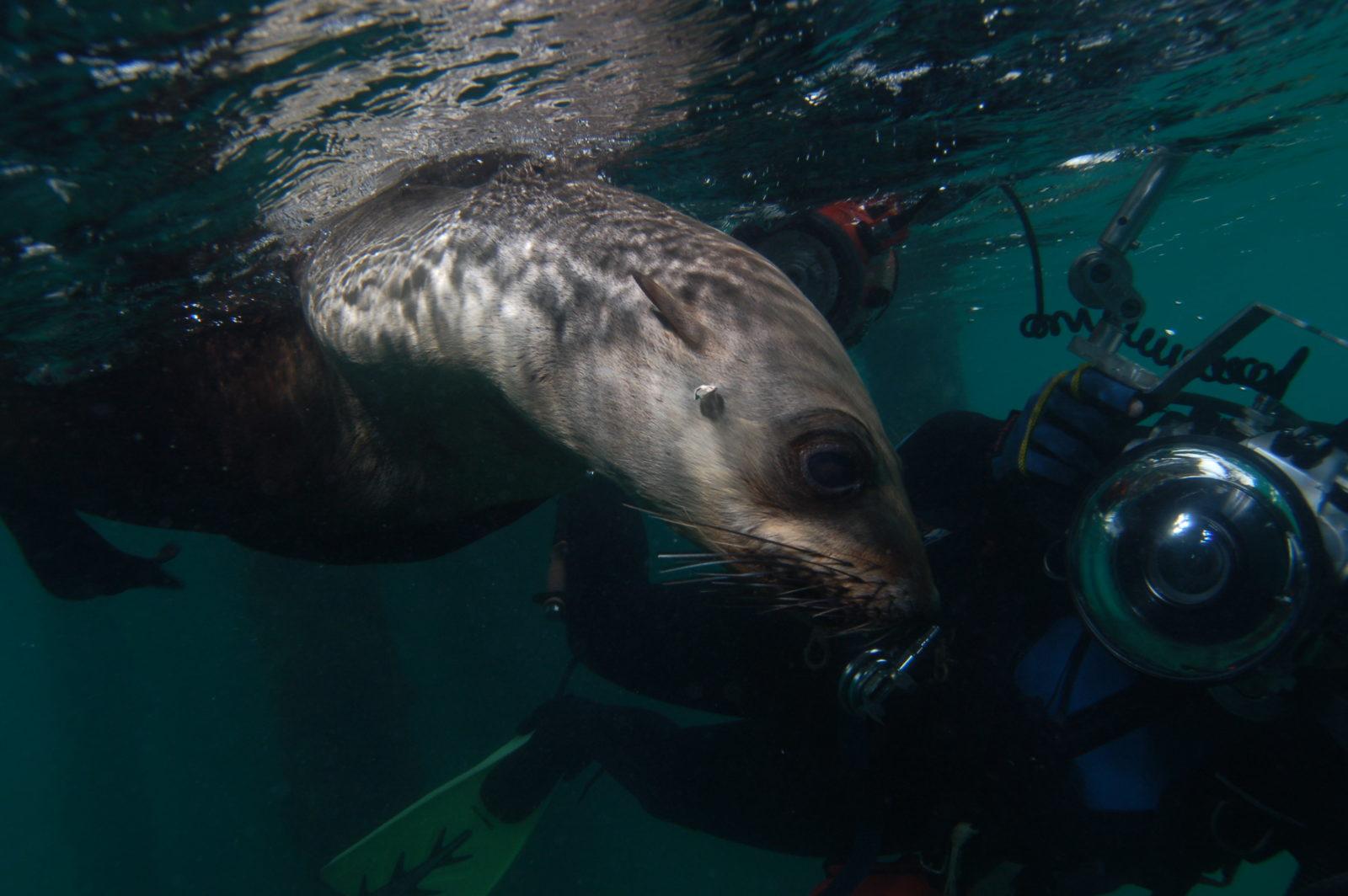 Heading south the next great pier pleasure is Rye Pier. The clean sandy bottom around Rye Pier is often a good place to see small sparsely-spotted stingarees, much larger smooth stingrays and rare Australian angel sharks. Going no deeper than 5m you will have a lot of fun exploring the colourful sponge-encrusted pylons at Rye.

Big-belly seahorses are particularly common, and on some dives I have found a dozen or more. Crabs, shrimps, nudibranchs and sea stars are also encountered in large numbers. Abundant fish reside under the pier, including flatheads, leatherjackets, morwongs and wrasse, which often attracts the attention of shags. It is quite a sight watching a sea bird swimming underwater between the pylons looking for a meal.

Occasionally Australian fur seals visit Rye Pier to hunt fish and cephalopods. On one dive I was joined by a juvenile fur seal that had decided that the pier made a good resting place. The curious creature would join divers to see what they were doing. It was particularly fascinated by my camera housing dome, probably because it could see its own reflection, and we spent quite some-time simply staring at each other.

Rye Pier is also an excellent night dive. It doesn’t get as many cephalopods as Mornington Pier, but you will still see the occasional octopus or cuttlefish, and if lucky maybe a southern dumpling squid (Euprymna tasmanica). This small member of the bobtail squid family lives in the sand by day and emerges at night to feed.

I think one of the reasons that few cephalopods are found here is because of predators feeding on them. On one memorable night dive at Rye Pier I encountered a large Australian fur seal zooming between the pylons that gave me quite a fright. However, I got even more of a fright several minutes later when a huge bottlenose dolphin swam by in the darkness. 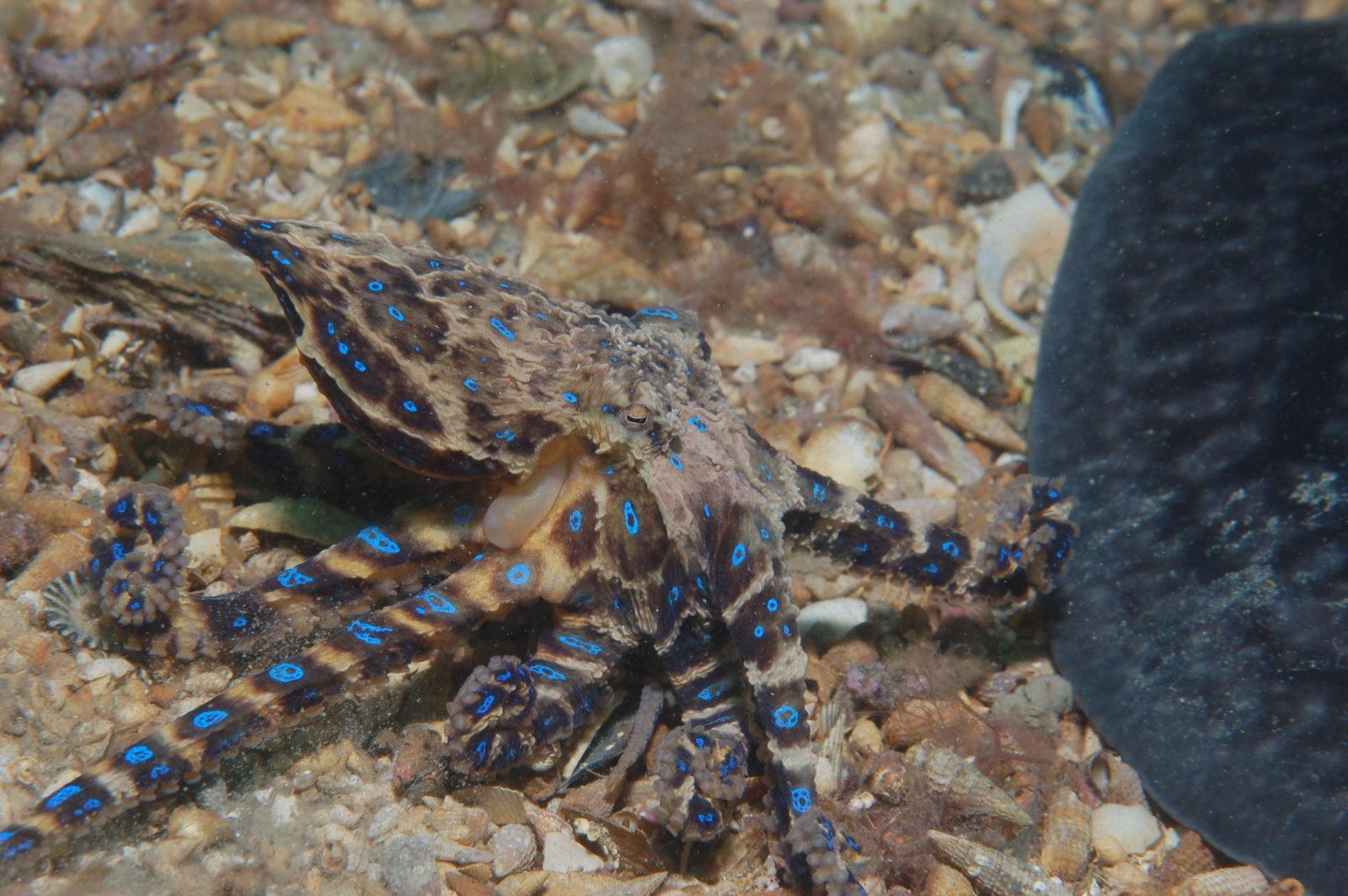 The most distant pier from Melbourne is at Portsea and its unique attraction are weedy sea dragons. A nearby kelp covered reef is the best place to encounter the dragons, but they are also common under the pier. These dragons are not as colourful as their cousins in New South Wales and Tasmania, but they are still a joy to dive with. Going no deeper than 6m divers will also find magpie morwong, a variety of leatherjackets, sea stars, hermit crabs, nudibranchs and brittle stars. Portsea Pier is also a good place to find elusive weedfish, large Maori octopus and the resident smooth stingray is also likely to circle you a few times.

Portsea Pier is visited by some very strange endemic fish species that are well worth looking for. Hidden amongst the old pylons and other debris under the pier are two species of frogfish. Australia’s temperate waters are home to a great variety of frogfish, but they are much more cryptic than their tropical cousins. Both the white-spotted frogfish (Phyllophryne scortea) and prickly frogfish (Echinophryne crassispina) are found at Portsea Pier, but they tend to hide so are very difficult to find. Another unique fish to look for is the goblinfish (Glyptauchen panduratus). This strange member of the scorpionfish family has a square head, a humpback and blood-red eyes. 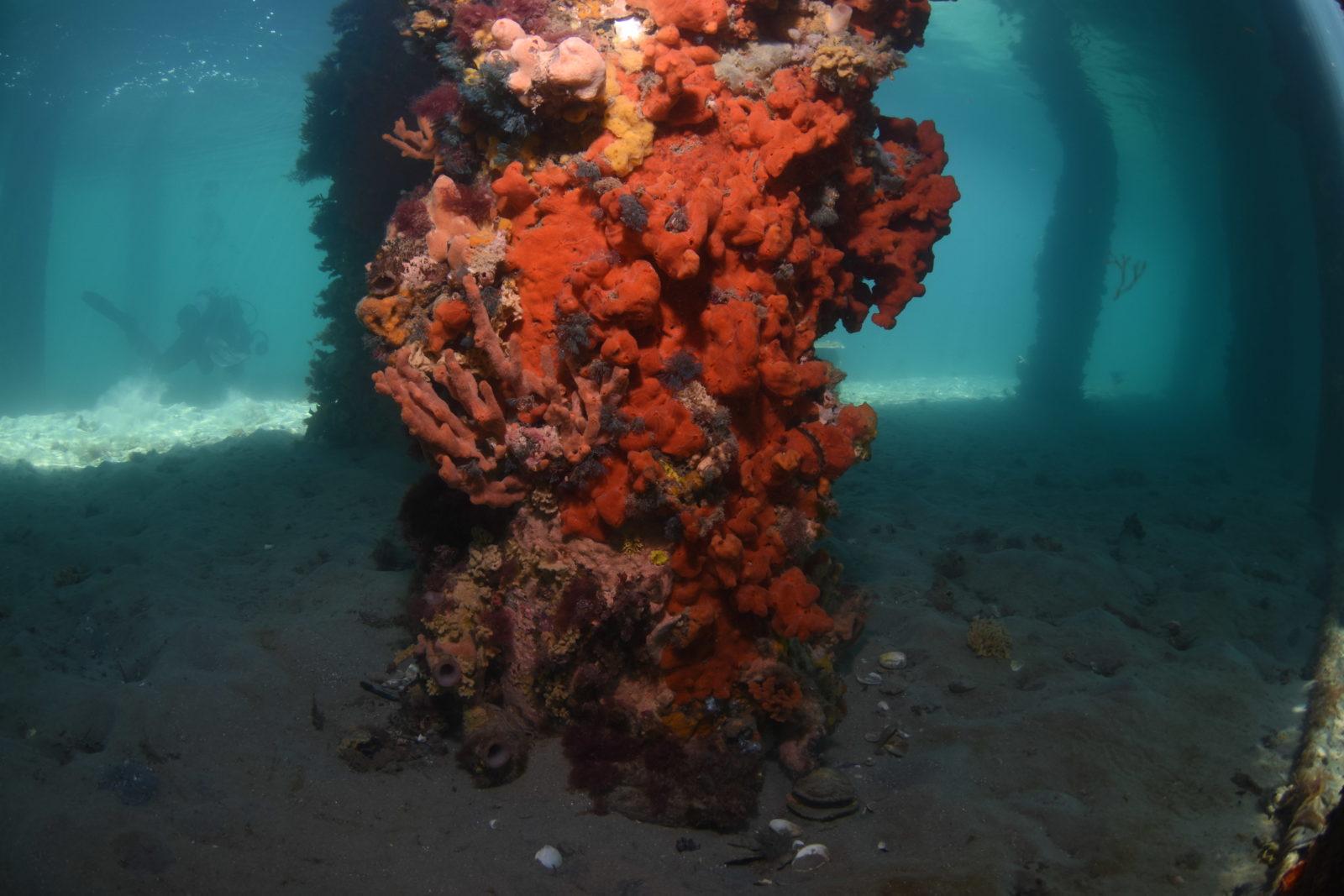 Halfway between Portsea and Rye is Melbourne’s newest pier and hottest dive site, Blairgowrie Pier. This pier was only constructed twenty years ago, but has become a magnet for marine life and divers. Its pylons are completely encrusted with colourful sponges, ascidians, algae and kelp, and home to shrimps, crabs, sea stars, tube worms, scallops and nudibranchs.

Blairgowrie Pier is another good spot to find big-belly seahorses. But in the seaweed around the pier divers can also find a much smaller relative, the pretty short-head seahorse (Hippocampus breviceps). Another close cousin can also be found resting on the bottom, the very strange looking ringback pipefish (Stipecampus cristatus). These pipefish have a blunt head and looking like a stick are easily overlooked.

The fish life in and around the pier is brilliant; leatherjackets, wrasse, zebrafish, trevally, yellowtail, globefish and even kingfish. This pier is often washed by a cross current, one of the reasons for a large variety of fish life. One of my favourite residents are the ornate cowfish, not only are they colourful but have the cutest face, with lips that look like they are always puckered for kissing.

Rays are particularly common at Blairgowrie Pier, with smooth stingrays, sparsely-spotted stingarees, spotted stingarees and southern fiddler rays seen on most dives. But this pier is also one of the few spots where divers might encounter the Australian thornback skate (Dentiraja lemprieri). A good variety of skates are found around Australia, but most live in deep water, with the Australian thornback skate one of the only species that venture into the shallows.

All of Melbourne’s piers are great muck sites, home to an array of weird and wonderful critters, but Blairgowrie Pier seems to have the highest concentration of these critters. Commonly seen are dragonets, giant cuttlefish, common stargazers and giant spider crabs. A good range of octopus are found here, including southern blue-ringed octopus and southern keeled octopus, many of which inhabit the bottles and cans tossed into the water by fishers. At night southern sand octopus emerge from the sand and southern calamari squid dance around in your torch light.

Two of the most unique critters found at Blairgowrie Pier are the southern velvetfish (Aploactisoma milesii) and the tasselled frogfish (Rhycherus filamentosus). Southern velvetfish rest on the bottom and are easily overlooked with their camouflaged skin. Even harder to find are the tasselled frogfish. These incredible looking fish are covered in weedy filaments that look exactly like the weeds that grow on the pylons, so locating an eye is often the only way to spot them.

Melbourne’s piers can be dived year-round and are diveable under most weather conditions. Summer and autumn are generally the best time to dive these piers, not only because the water is warmer, but also the warmer temperature sees an influx of marine life. Water temperature in Port Phillip Bay varies from 20°C degrees to a chilly 8°C degrees, while the visibility averages 6m to 10m, but can be over 15m at times.

Diving Melbourne’s piers is a memorable experience where you will encounter a wonderful variety of rare and unique Aussie critters.

A spectacular wildlife event occurs each year in Port Phillip Bay when thousands of giant spider crabs (Leptomithrax gaimardii) invade the bay, often near popular pier diving sites. The crabs walk in from the deep waters of Bass Strait, between the months of March and July, and form into giant mounds in order to moult.

By grouping together during this vulnerable time, before their new exo-skeleton hardens, they overwhelm predators with their numbers. But smooth stingrays still make a meal out of them, as do an increasing number of fishers. Calls to protect the spider crabs during the moulting season have so far fallen on deaf ears, with the Victorian Fisheries Authority refusing to control fishing. A number of environment groups are continuing the fight to protect this very unique marine event. Visit the Spider Crab Alliance on Facebook for the latest news. 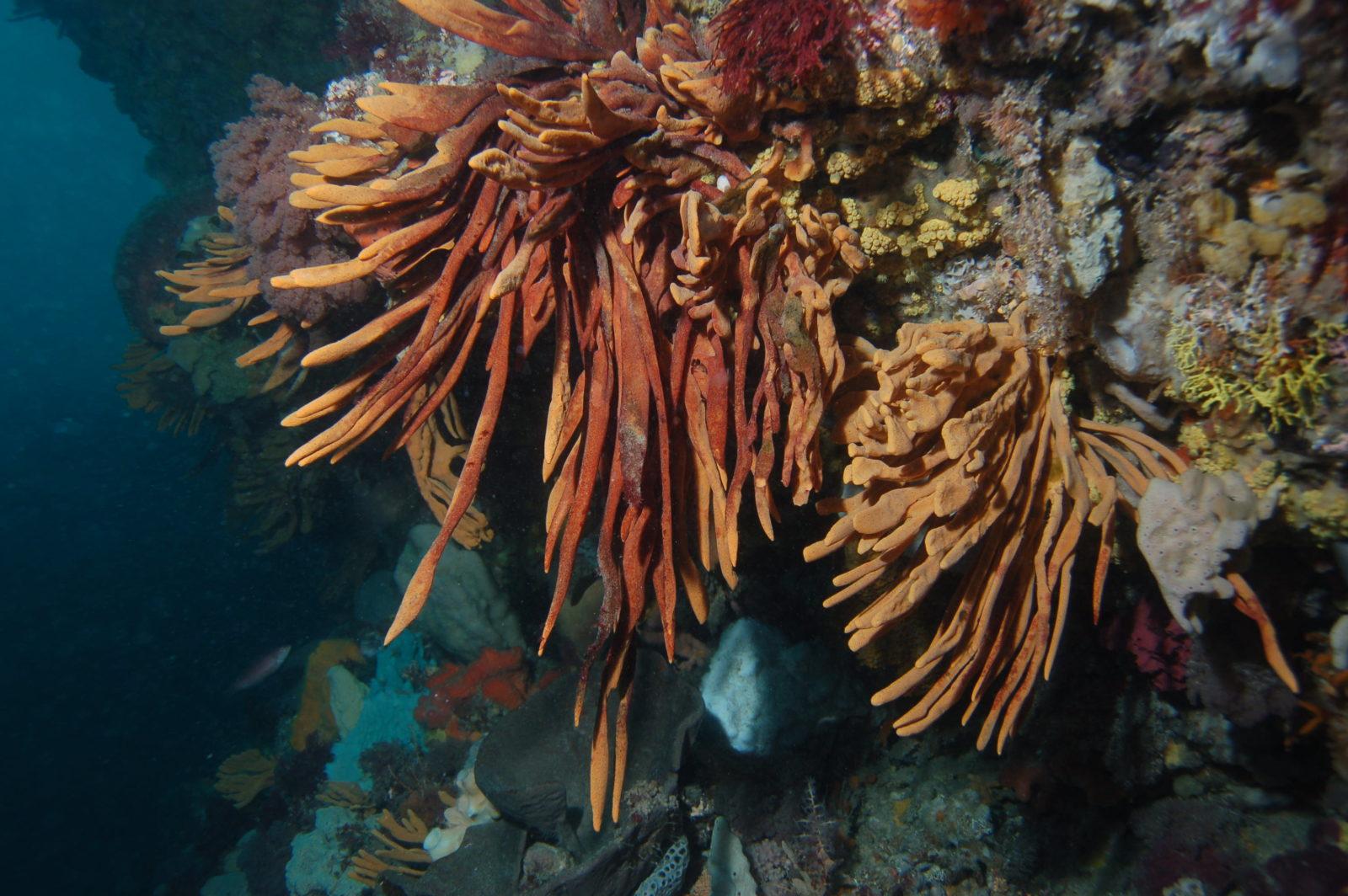 In and around Port Phillip Bay are hundreds of wonderful boat diving sites where divers can explore shipwrecks and colourful temperate reefs. Outside the heads is the ships graveyard, the dumping ground for dozens of ships over the years. The most famous of the wrecks are the J-class submarines from the First World War, but there are also old steamships and the most recent addition was the navy frigate HMAS Canberra.

Offshore reefs, like Castle Rock, Boarfish Reef and Corsair Rock, are covered in sponges and kelp, and a great place to see temperate fish like blue devilfish, boarfish, Port Jackson sharks and even fur seals. However, the richest reefs, that are densely covered in colourful sponges, are found in ‘The Rip’ area and include Lonsdale Wall, Sanctum Reef and The Steps.

Want to read about more great places to dive in Australia?

Diving at Rottnest 4 of the Best