Photographer of the Week: Marco Gargiulo 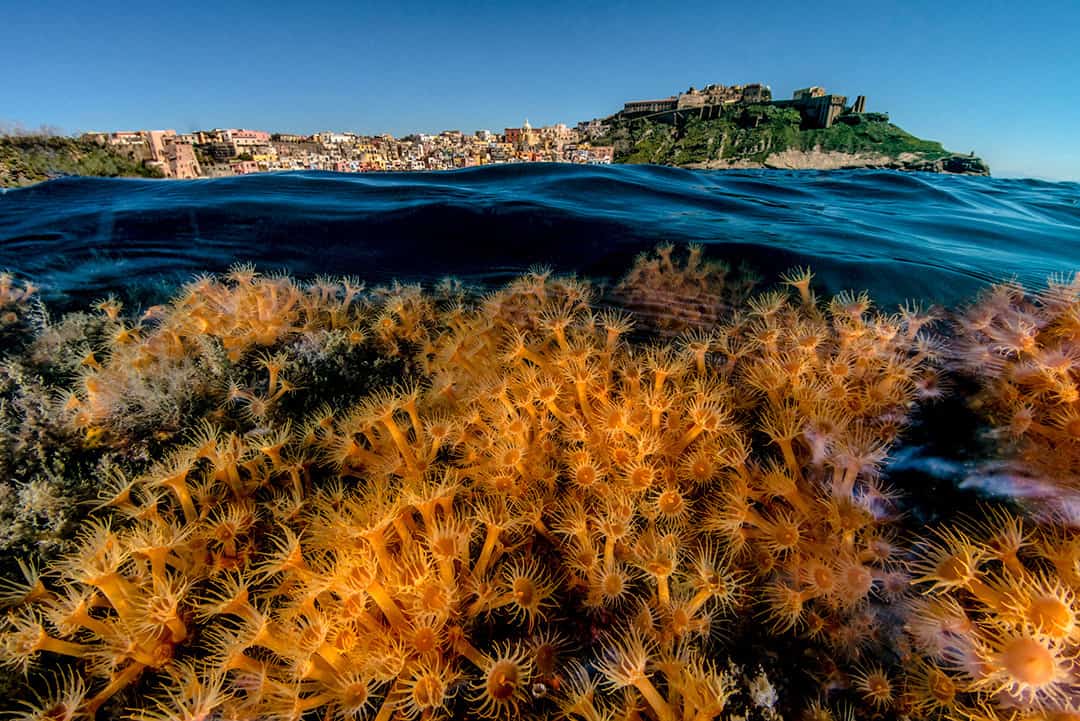 I started to shoot underwater pictures during 1979 when I was eleven years old using the Nikonos III system with an electronic strobe. This because my father, Enrico, is one of the pioneers of underwater photography in Italy – CMAS world champion with the Italia Team during 1987.

I started to dive when I was six year old during 1974 with my family. We’d go to dive during the summer each day, using our boat along the Sorrentine peninsula which is my preferred place for diving.

Subsequently I started to be a photographer and participate to the first underwater photo contest in 1979 in which I presented three photos to my parents to show that the photos were taken by me and not by them.

I have two underwater cameras: a Nikon D800E (which is now for sale to buy a new D850) and a Nikon D7200 both with Isotta Isotecnic Housing. I have several lenses and dome ports for wide-angle – superdome, minidome and microdome. For macro photography, close up lenses +15 dioptries and a couple of strobes, four Inon Z-240IV and two Ikelite DS161, but I’ve also some vintage strobes like the Ikelite S200.

The best spot for me, where I shot the most beautiful photos during winter night dives, is Marina Grande at Sorrento. The second one is Cala di Puolo in Massa Lubrense.

I’m not a deep dive lover, but there are some places that need to be observed and photographed. One of these is an electric trellis that crashed into the sea near the Punta Carena lighthouse in Capri. It lies at a depth of more than 70 metres and is covered with gorgonians (sea fans) and enveloped in a cloud of Anthias anthias. Is a magical place but it is difficult to dive into at this point because there is intense tourist boat traffic, and the ascent and decompression becomes difficult because of it.

Certainly my mother and father. Then I started to love all the underwater pioneers such as Enzo Maiorca, Jacques Majol, Jacques Cousteau and some others. Now my living myths are some masters of underwater photography such as Laurent Ballesta, Christian Vizl McGregor, Michael Aw, Jerome Kim, Imran Ahmad and many others. I follow looking their wonderful underwater images and hope to meet them one day.

I would like to start shooting big animals in free waters – sharks, turtles, whales and killer whales, to learn new experiences and shooting techniques. Some of the first places to visit would be Madagascar, Bahamas and finally the Great Australian coral reef.

Certainly to photograph frequently so as to master and control your camera in manual mode. It’s helpful to show the results to a friend or to a more experienced photographer who can help you correct mistakes and progress faster.

Only when you have acquired great familiarity and experience with all the tools is it the time to upgrade the UW system. Sometimes the novice thinks that it is an expensive camera that makes good images. Instead it is a good photographer that shoots great photos.

When I was called back by my father because I was slow to dive with him to photograph red sea fans. Instead I was on the surface shooting the coupling of two stingrays ( Dasyatis pastinaca). After only few shots with my 35mm Nikon F100 camera, I followed him down. When we came back to the surface I told him about the exceptional encounter. He scolded me for following him instead of staying there to shoot the couple!

Most memorable dive and why?

There are several winter night dives that I remember. One of the best is when I saw in a single dive a John Dory (Zeus faber), a Flying Gurnard (Dactylopterus volitans) and a Common Torpedo (Torpedo ocellata).

Born in 1968, Marco Gargiulo is an underwater photographer and marine biologist from Naples, Italy, who shares a passion for the sea with his parents and began diving when he was six years old.