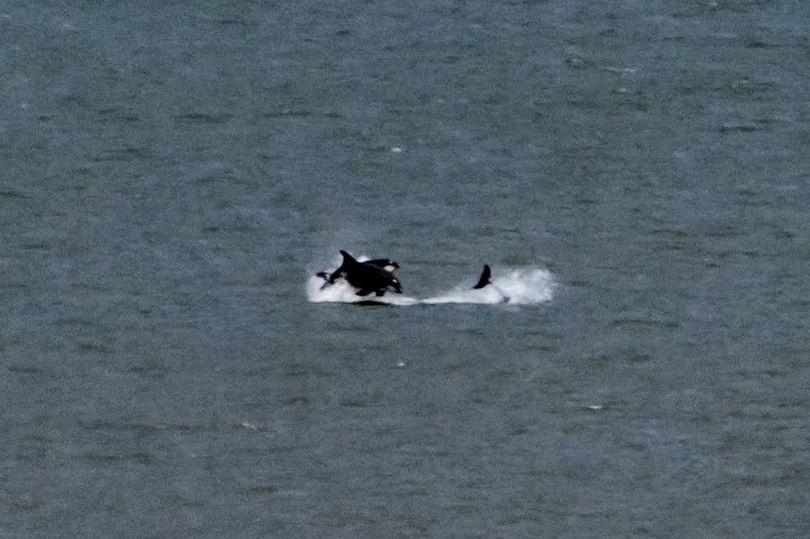 We have all seen images from around the world of animal life venturing into new areas. Now a photographer has taken a shot of a pod of orcas off the coast of County Durham.

Tim Ward was in County Durham on Monday 18 May enjoying some time at Seaham Beach when he saw something splashing out at sea. At the time, Mr Ward overheard a man saying they were porpoises, but once he got home, downloaded the image on to his computer and cropped right in, he realised they looked more like orcas, or killer whales.

“I thought they looked a lot like orcas, but of course, that's not possible. So I used Google lens on that pic and it came straight up, very quickly, with ‘Killer Whale' and no other options,” he said.

Orcas are generally an extremely rare sighting in British waters, but earlier this month, a pod of orcas was seen by lobster fishermen off Northumberland, so it is possible this was the same group that had traveled further south.

As a young lad, during a sea fishing competition, I saw an orca pup dead in fishing net debris on that beach area. They’re not new to our waters, let’s hope they stay.