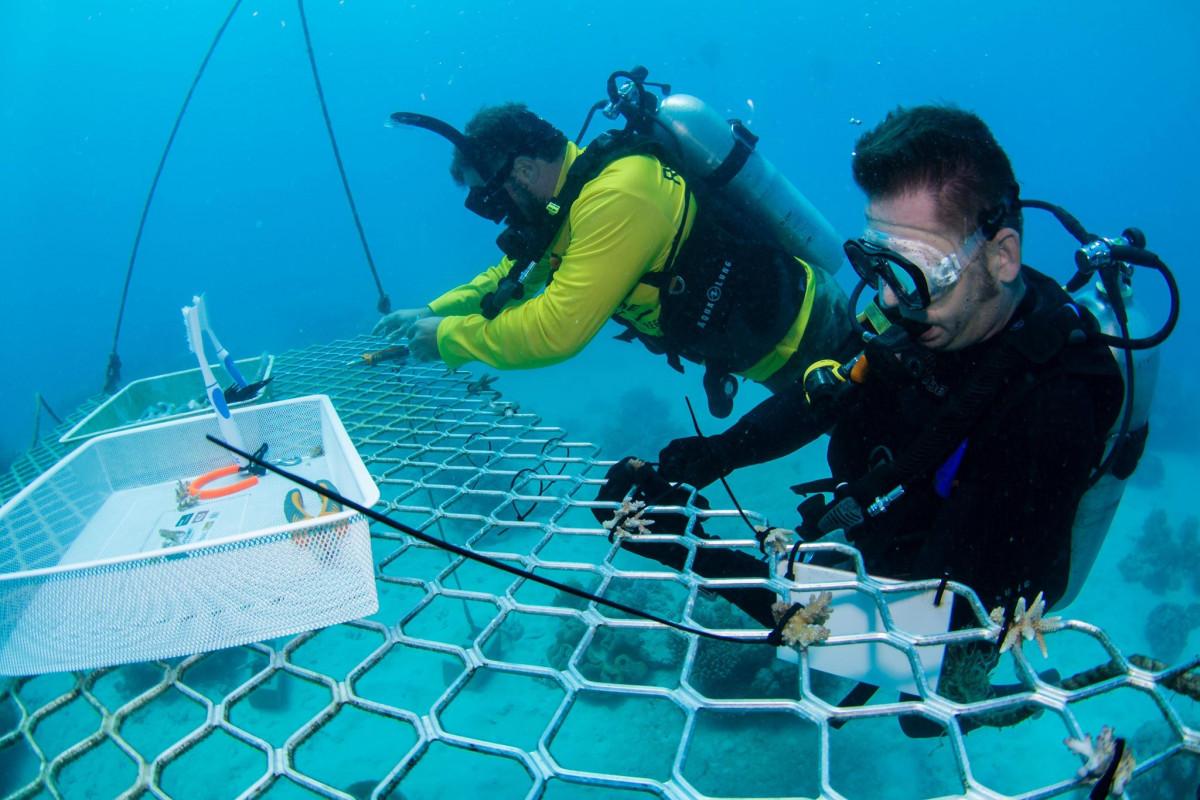 Coral planting and maintenance have resumed at Hastings Reef on the Great Barrier Reef with Passions of Paradise making weekly trips to the coral nursery now that local travel is permitted, with Volunteers passionate about coral planting. 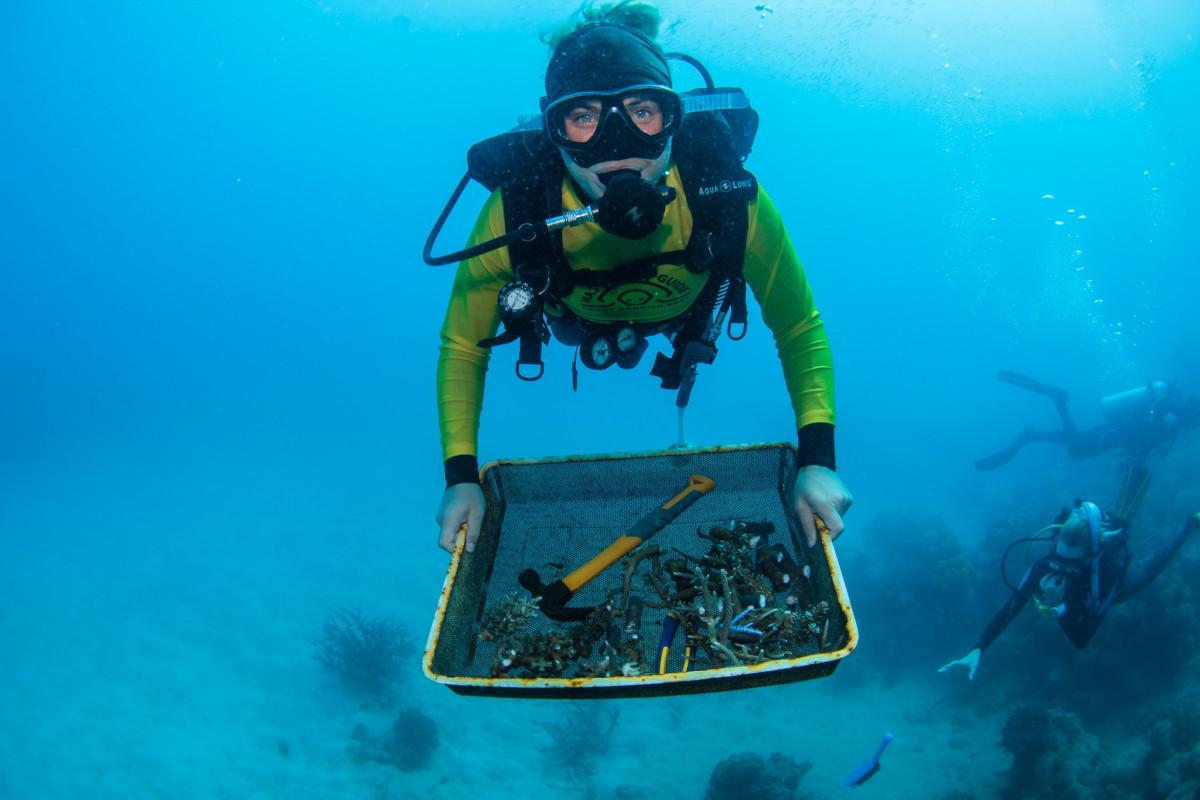 The crew-only trip has minimum numbers to ensure social distancing restrictions are adhered to and has attracted funding from the Great Barrier Reef Marine Park Authority.

Passions of Paradise Chief Executive Officer Scott Garden said the family-owned company had donated the state-of-the-art catamaran Passions III to take four enthusiastic crew and a scientist to Hastings Reef for the Coral Nurture Program prior to the COVID-19 lockdown in Queensland. 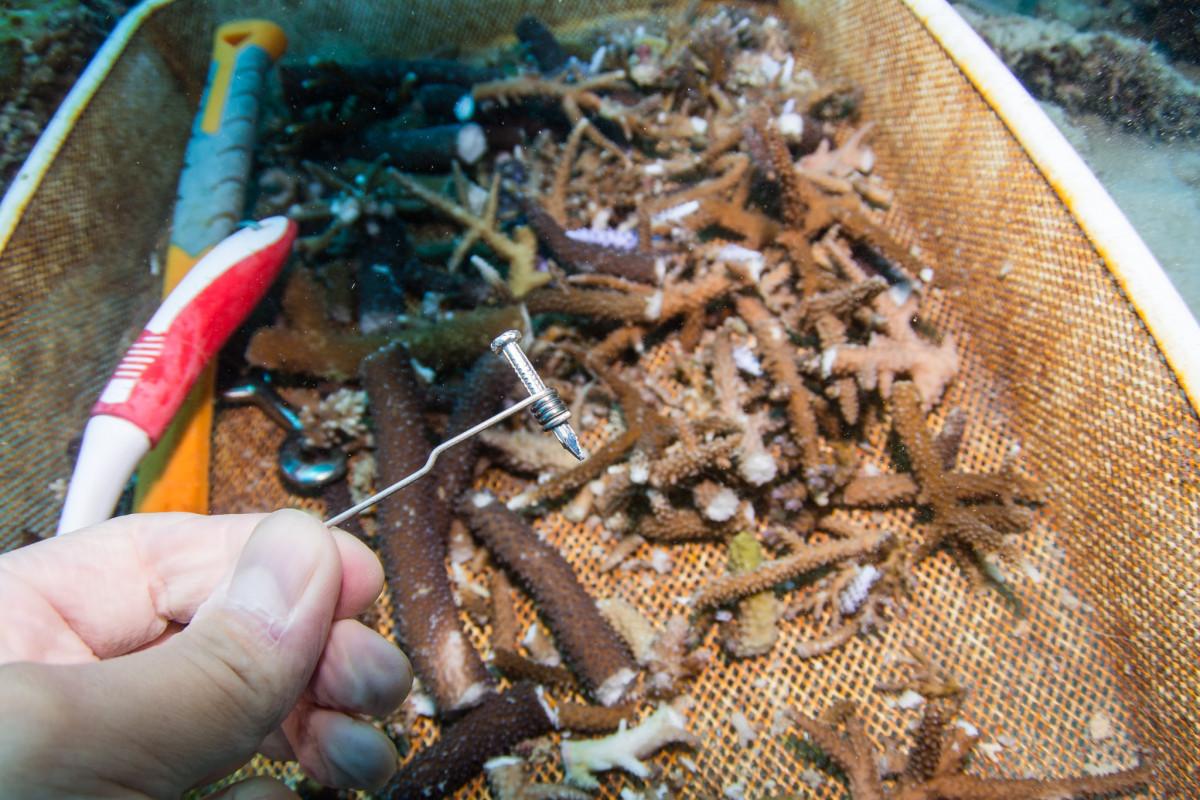 “We have been assisting Dr David Suggett’s team from the University of Technology Sydney who are conducting reef resilience research at one of our 26 reef sites,” he said.

“I have been working with Passions of Paradise Environmental Sustainability Coordinator Russell Hosp at the site most weeks recording data for the project and establishing a coral nursery.” 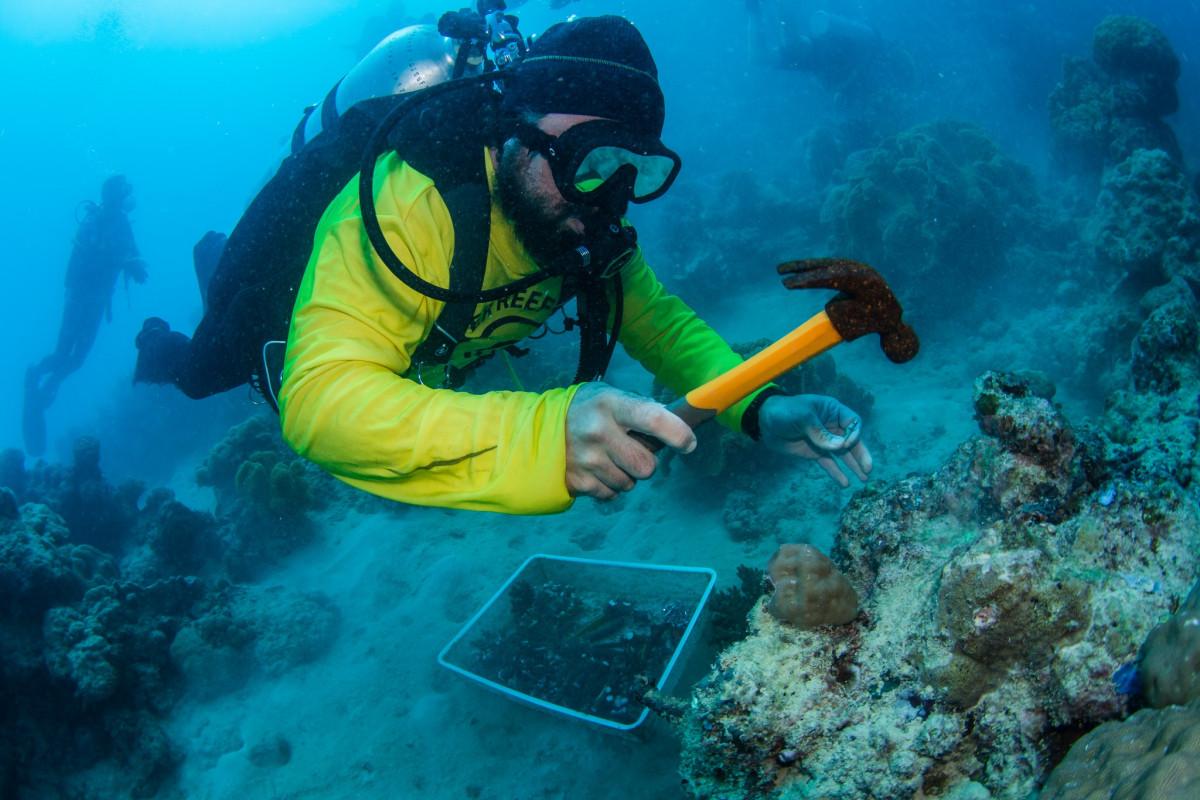 Mr Hosp and Passions of Paradise marine biologist Kirsty Whitman, who are both Master Reef Guides, are keen to help advance the project as volunteers while the business is closed. 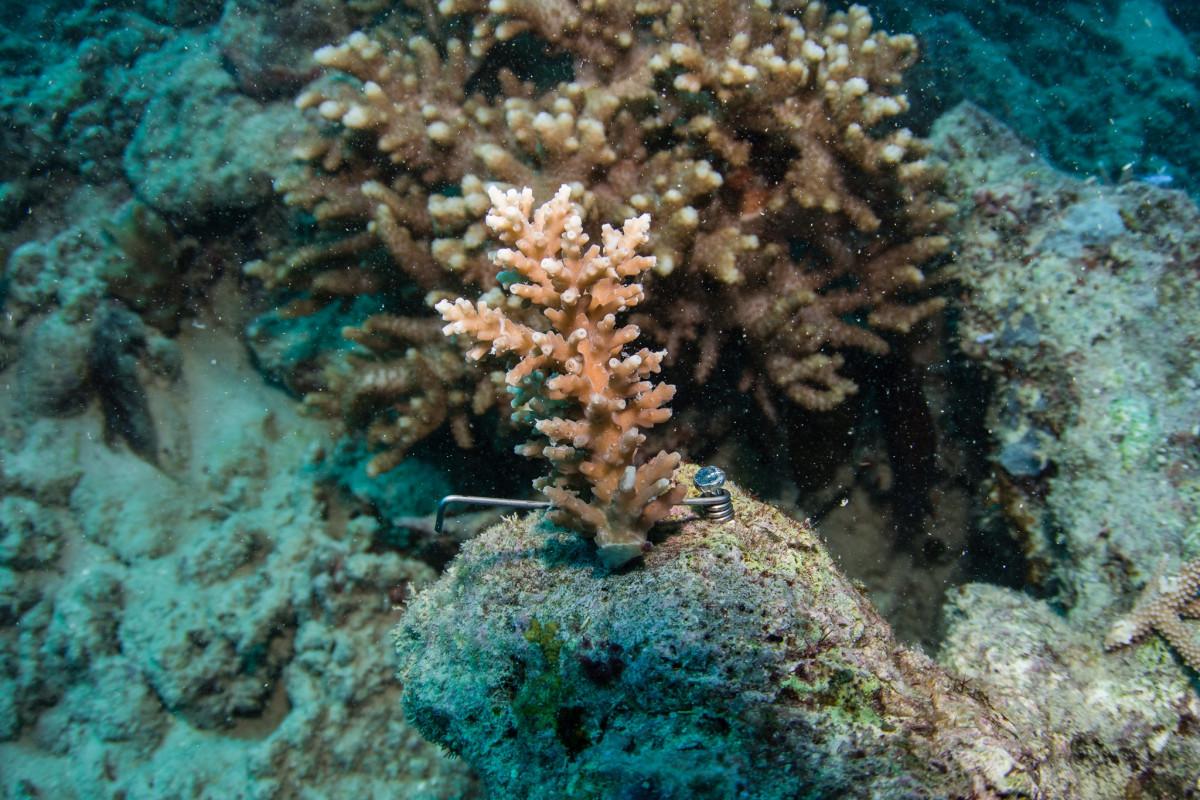 “The Coral Nurture Program gives operators yet another stewardship activity they can do at their reef sites in addition to Crown-of-Thorns eradication and the Eye on Reef monitoring program,” she said.

“There are two new things about this program. It is the first time on the Great Barrier Reef that tourism operators have worked alongside researchers and the first time that a coral clip has been used to attach corals to the reef. 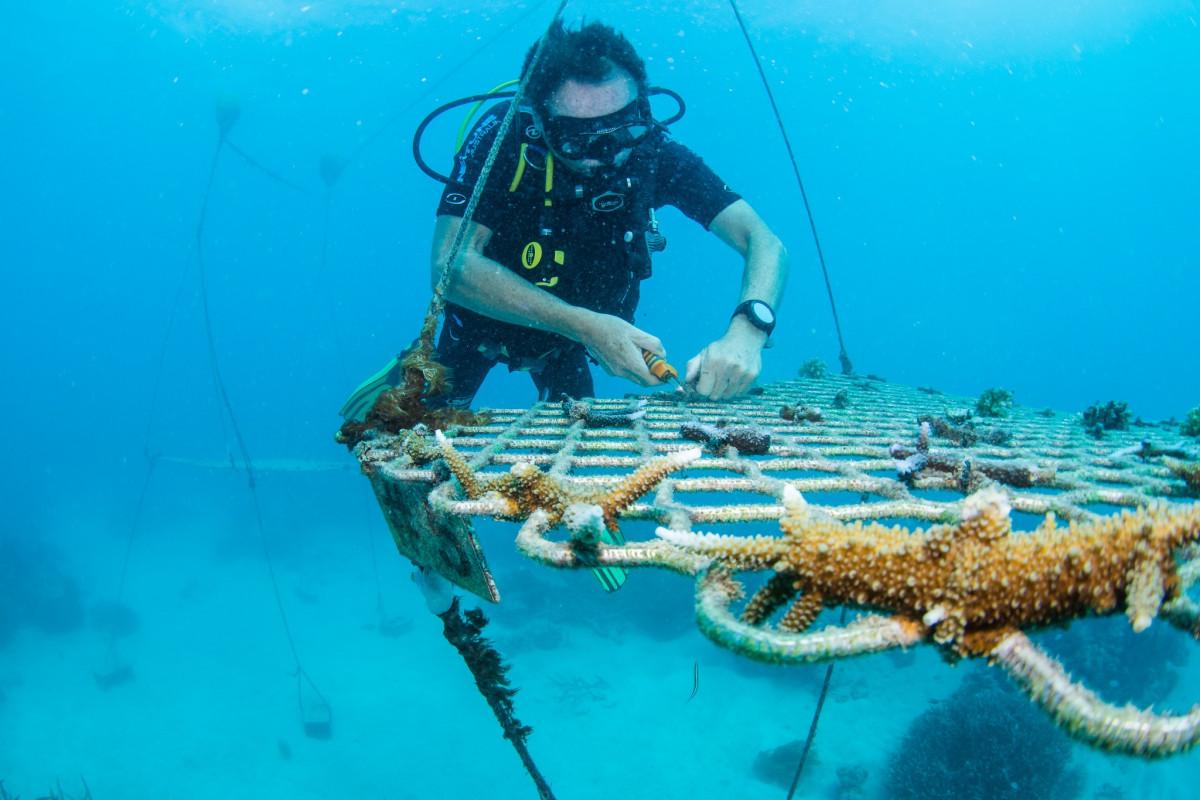 “It involves finding fragments of opportunity – coral fragments that have naturally broken off – and attaching them back on to the reef using a coral clip.

“We can only use fragments of opportunity found at the site, so Passions of Paradise has installed six frames at the site which can be used as a nursery to grow more corals.Once they find a coral fragment they attach it to the nursery to grow and as it grows they can take fragments from it to attach to the reef giving them a continual source of new corals. 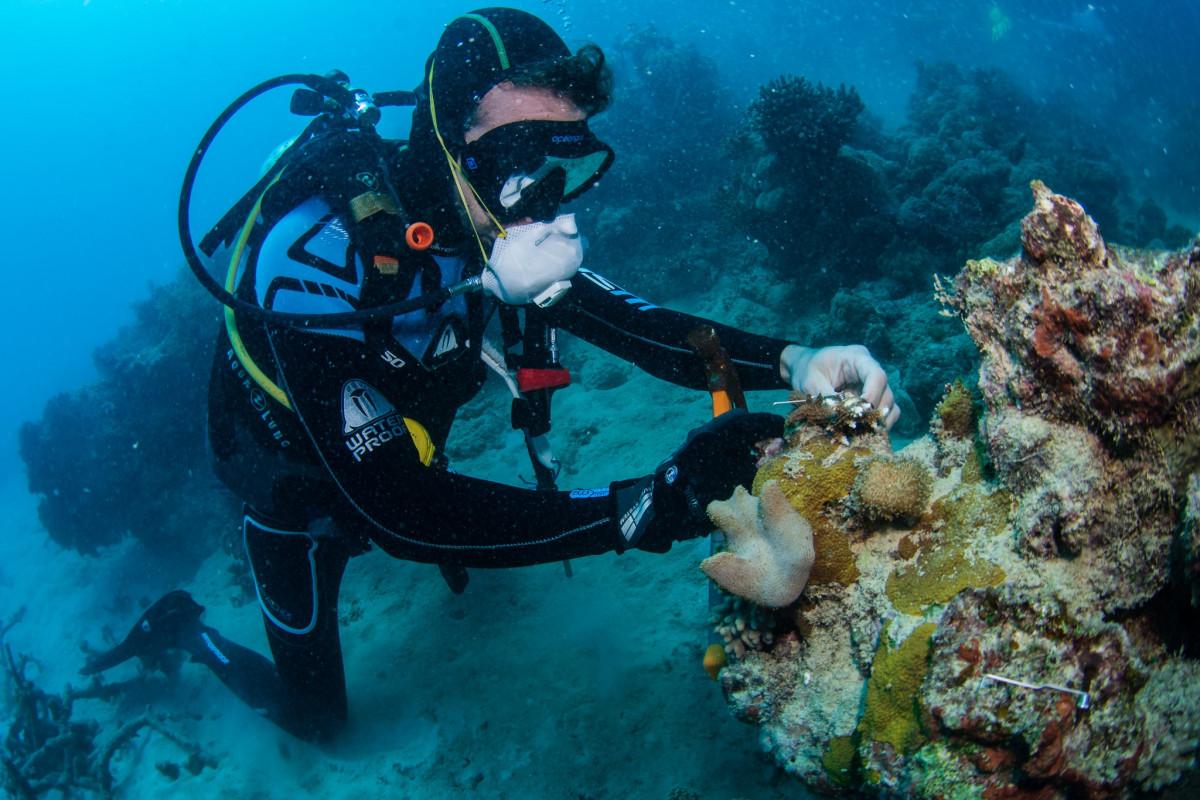 “The 12-month project finishes next month, however, the operators can continue to operate the nurseries and outplant the corals.”

Mr Garden said about 1000 pieces of coral had been planted on Hastings Reef. “When tours resume passengers will be able to snorkel over the site which boasts healthy marine life and corals near the nursery,” he said. 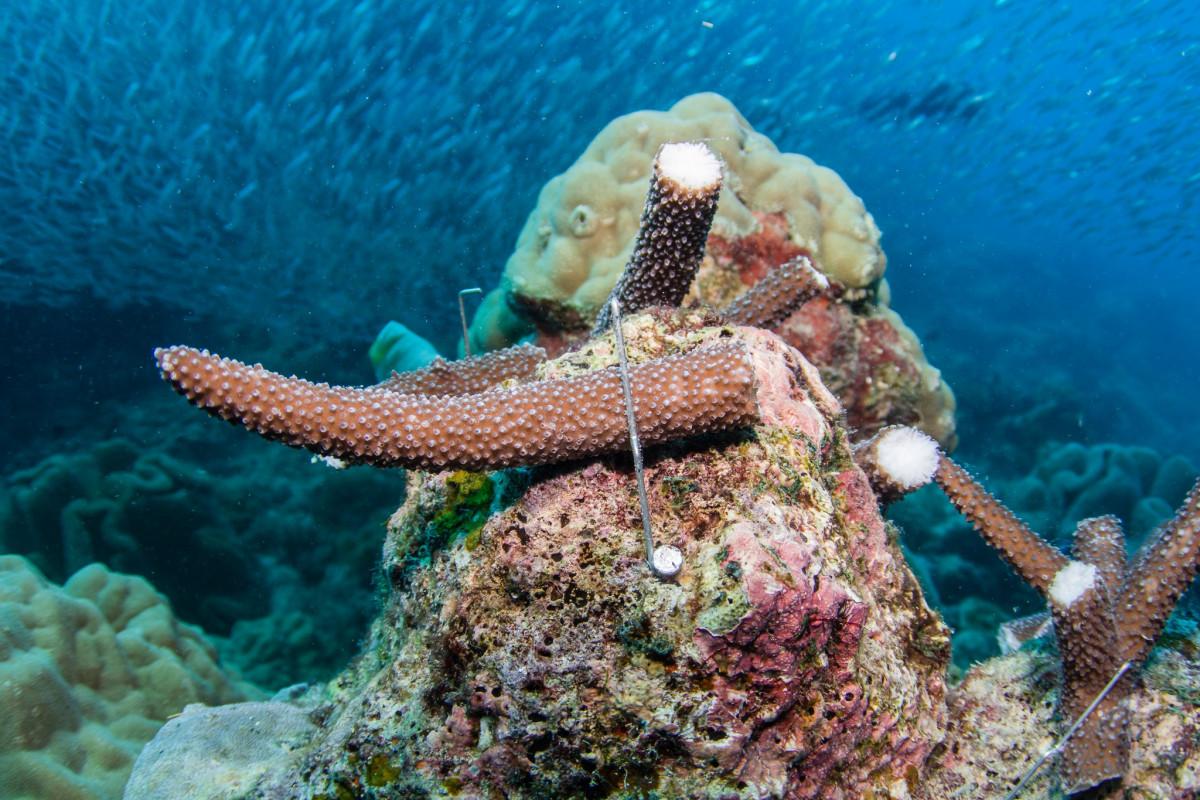 “Passions of Paradise is committed to preserving the World Heritage Area that sustains our locally-owned business through a number of initiatives including being carbon neutral.”

Article Written By Passions of Paradise