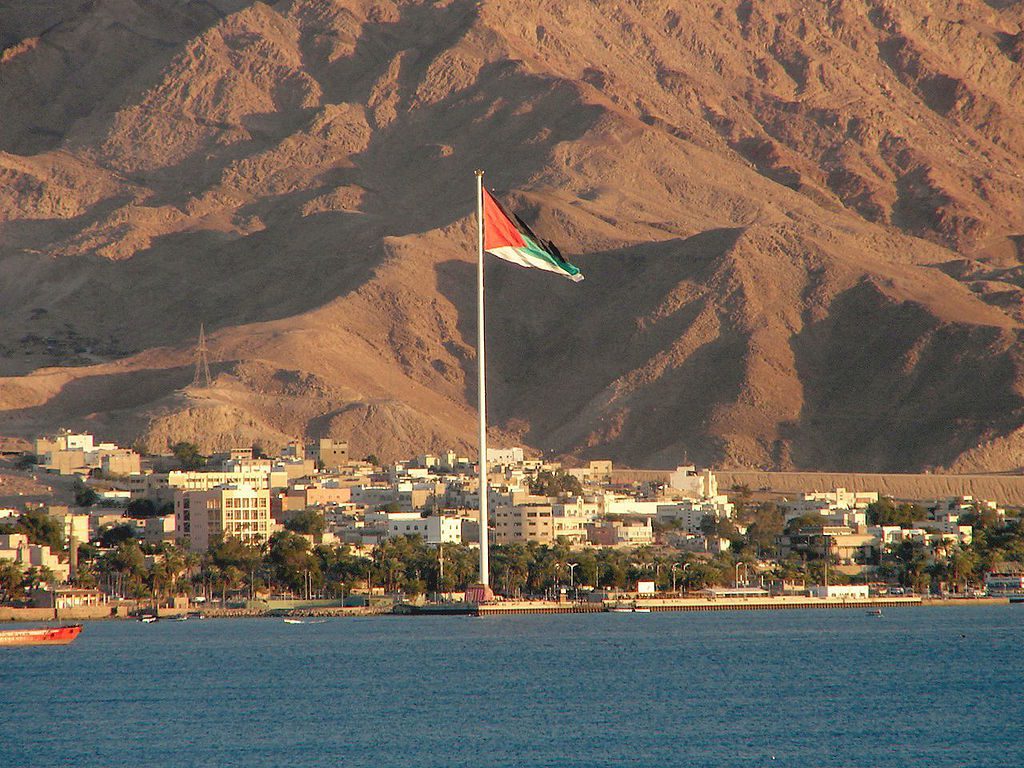 A parascender has been bitten by a shark on his leg and foot in the Red Sea off Aqaba in Jordan.

Footage of the incident shows the 37-year-old Jordanian and his friend in a dual parascending rig. As often happens on these tours around the world, the boat slows down to lower their legs into the water before powering back up to send them up into the air again, but as that happens, a shark latches on to his leg.

Apparently he lost the back part of his foot, as well as several tendons, and was left with torn muscles and broken bones after the freak incident.

He was rushed to the Prince Hashem Military Hospital in Aqaba where he had an operation on his right foot. His condition has been described as stable.

Mohammed Khalil Al Zabada of the College of Marine Sciences told local media that shark attacks in the Gulf of Aqaba are rare.

Editor's note: Shark attacks are very rare, but if you dangle a flash of white in the shallows – in this case, the man's legs – then you are asking for a cruising shark to take more than a passing interest and investigate a potential food source.

Mark Evans
Scuba Diver's Editorial Director Mark Evans has been in the diving industry for nearly 25 years, and has been diving since he was just 12 years old. nearly 40-odd years later and he is still addicted to the underwater world.
2 COMMENTS
Subscribe
Login
2 Comments
Oldest
Newest Most Voted
Inline Feedbacks
View all comments

NB towing behind a boat is ‘Paracending’ NOT ‘paragliding’, a paraglider is an aircraft mainly flown from hills but it can also be ‘winch launched’, generally taking the pilot up a couple of thousand feet before they release and fly away (winching is mainly for flying front flatland locations, occasionally this is done with a boat but usually only for ‘SiV’ (safety training) and tends to be over fresh water not salt water locations.

You are, indeed, correct – I have updated the article. cheers!