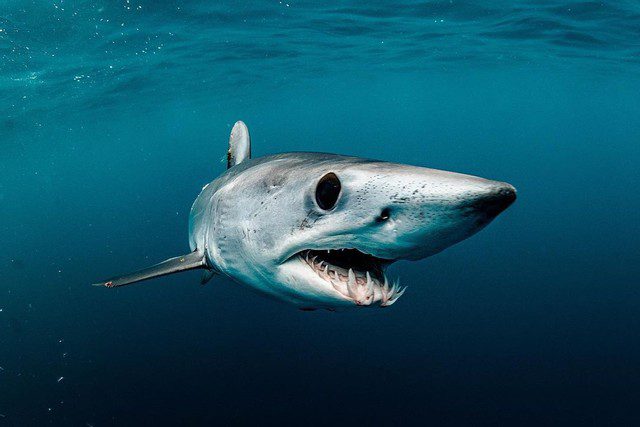 After nearly three years of collaborative campaigns from ocean advocates around the world, the 51 countries and the European Union have agreed to place an immediate two-year ban on catching and retaining Atlantic shortfin mako sharks at the most recent meeting of the International Commission for the Conservation of Atlantic Tunas (ICCAT).

“The recent critical protection measures coming out of the ICCAT annual meeting are a direct result of a global, collective effort by numerous organisations and individuals all working toward the common goal of protecting mako sharks in the Atlantic,” says Ian Campbell, Associate Director, Policy and Campaigns of PADI AWARE Foundation.

“Mako sharks, classified as endangered on the International Union for Conservation of Nature Red List of Threatened Species, are particularly vulnerable to overfishing, especially in the North Atlantic, where we have witnessed populations decline severely. This ban is monumental and marks an important turning point for both the health of the mako shark population and, ultimately, the health of the ocean. We hope it will be the foundation for a much-needed recovery plan.”

Since 2018, PADI AWARE Foundation has been collaborating with the Shark League NGO coalition to push countries to support the science to ban the retention of makos in the Atlantic, largely focusing on mobilising PADI Dive Centres, Resorts and Professionals in the key countries of Brazil and South Africa, as well as supporting efforts across the European Union and the US. Campaign efforts included the global #Divers4Makos petition that earned nearly 30,000 signatures and the launch of the PADI AWARE Shark Conservation course, enabling PADI Members to build local support in their communities for the global protection of mako sharks in their local waters.

The main goal of these campaigns was to create a tidal wave of support from the public calling upon their governments to back the mako shark fishing ban, as well as illustrating the importance of a healthy ocean for marine tourism operators. By empowering PADI Dive Centres, Resorts and Professionals, the PADI AWARE Foundation was able to help create a powerful groundswell of letters, emails and social media movements directed at the respective governments in target countries. Efforts in Brazil and South Africa were particularly effective with locally-based operators able to advocate for mako shark conservation directly to their government representatives.

“Not only did we shift people’s perceptions of sharks and the important role they play in the ocean, we were also able to get mako sharks the urgent protection they need, providing hope for their – and our oceans’ – futures,” says Campbell.

In total, there were over 400 participants in the PADI AWARE Shark Conservation course, which resulted in over 500 photos of divers taking action, who also contacted their government to demand immediate action to protect makos.

“The effort and level of support shown by the diving industry exceeded our expectations, and the recent mako shark fishing ban in the Atlantic was directly affected by everyone who took part, and demonstrates how local action really can create global impact. The positive outcome of these efforts further fuels our drive to protect more endangered and vulnerable marine species,” says Campbell.

PADI AWARE Foundation has a comprehensive portfolio of programs that support the PADI Blueprint for Ocean Action and are currently working to reduce the number of shark and ray species threatened with extinction by 25% by deploying more localized conservation campaigns.