Paddle boarders in the Exmouth Estuary had an unexpected encounter with a massive tuna while out enjoying a relaxing paddle.

Derek Johnson's video on YouTube has attracted thousands of views since he posted it a couple of days ago.

Derek and his fellow paddle boarders, who are from a group called the Exmouth Tri-Hards, were out for an evening paddle in the Exe Estuary when they saw ripples in the water and assumed it was a shark or a dolphin. They remained on their boards so they did not disturb the animal, which turned out to be a tuna a good two metres in length.

Derek commented: “It was just really beautiful to see – it's a fantastic fish, but to see one coming for us was something else.

“It wasn't threatening us and just seemed to want to investigate what we were.” 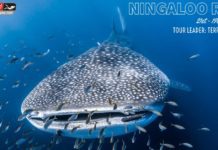