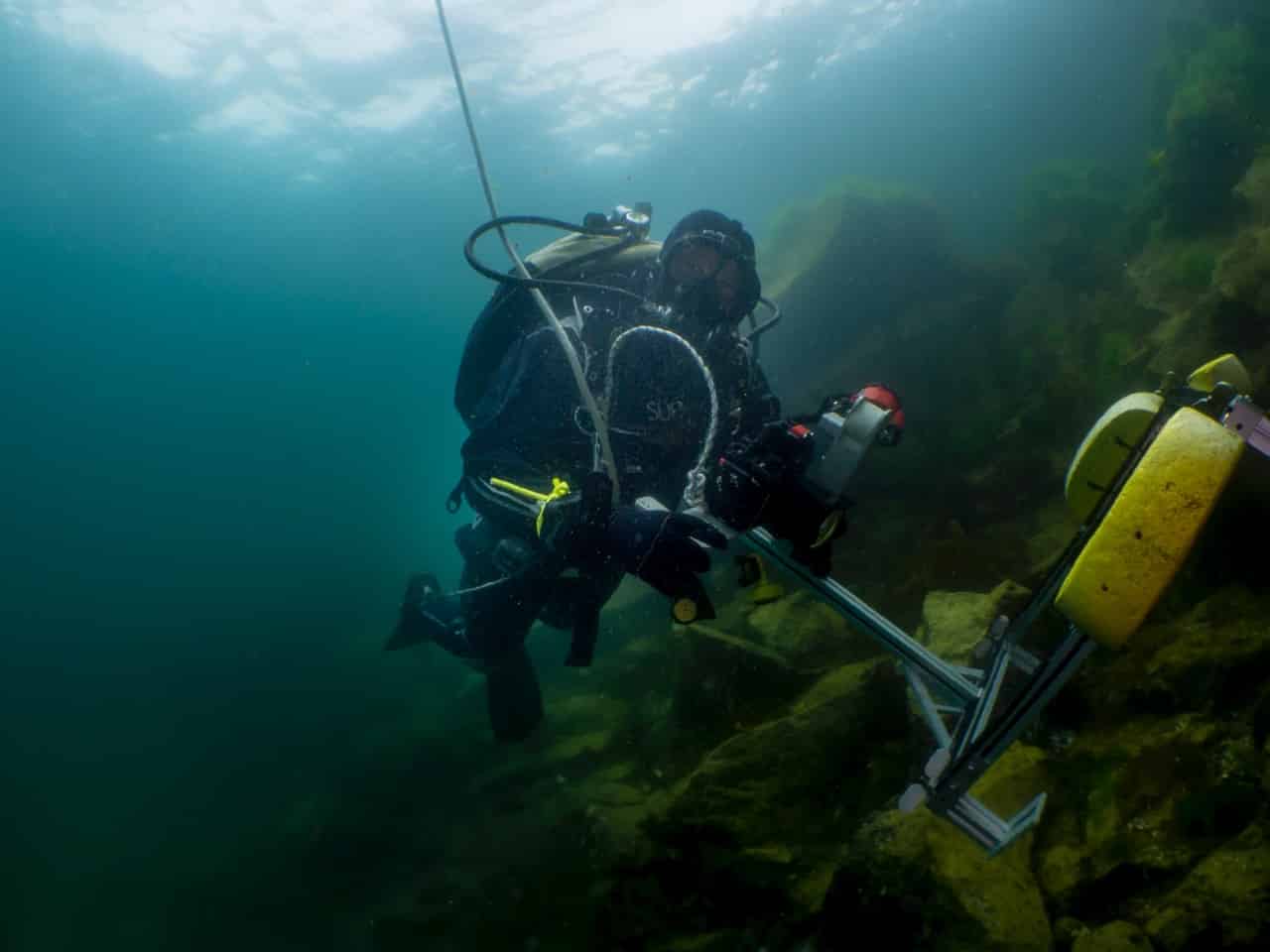 Our-World Underwater Scholar Felix Butschek: The latest adventure of my Scholarship year was entirely focused on science and exploration.

For my latest adventure as the Our-World Underwater Scholar, I joined a team of researchers from Chile and Germany, including the current Rolex Laureate for Exploration, Vreni Häussermann, to study cold-water corals of the Patagonian fjords. For this five-week expedition, we were based at the Huinay Scientific Field Station, between the towering Andes and the mighty Pacific Ocean.

The journey to Huinay made it clear why true scientific exploration is still a reality in this part of the world. From Puerto Montt, a full three-hour drive over half-paved, half-gravelled roads and a three-hour boat ride brought us to the research station. There, in the remoteness of Comau Fjord, cold-water corals grow in shallow depths of up to 20m. This is particularly unusual because most calcifying corals in temperate oceans only live at much greater depths, and are thus usually referred to as deep-water corals. Additionally, the fjord experienced a mass mortality of the coral Desmophyllum dianthus in 2012. Ever since, researchers study the ecosystem’s recovery and the species’ survival under the challenging conditions at the edge of its range.

Given that catastrophic events can lead to mortality of entire communities, one of the main long-term research themes at Huinay is the succession of benthic organisms. This describes the progressive change in the species composition of a community over time, especially after a disruption to the habitat. We took photos of benthic communities on tiles that were placed at various angles to account for different physical characteristics in the benthic marine habitat. These photos form part of a long time series, which is currently being analysed for the changes in the benthic community over years.

The return of Desmophyllum cold water corals since the mass mortality in 2012 inspires hope in the resilience of this ecosystem. What is particularly baffling is the growth of these animals despite the low acidity, measured in pH, of the seawater. Theoretically, the acidity of the seawater is beyond the threshold at which these organism should be able to calcify. Nonetheless, these corals have been growing quite happily over the past year. In an attempt to understand the processes that allow them to survive and grow in such hostile conditions, we retrieved corals from their habitat, measured their metabolic rate through incubation experiments and determined the pH buffering capacity of the seawater that surrounds them. Additionally, their growth is monitored every season as part of this on-going field experiment.

On top of in-situ and laboratory measurements and experiments, we dived unexplored sites to find more locations where cold-water corals could be studied. Using scooters, we covered several hundred metres of shoreline on every dive. The single limiting factor in our explorative efforts became our non-stop time. Since we searched where corals are most abundant, at a depth of 25-30m, our dive time was often painfully short. However, we managed to find numerous locations with abundant coral communities, typically where the fjord walls form an overhang. We synchronized the time on our underwater cameras with the GPS of the boat that followed our bubbles, so we will be able to return to the best spots we found.

Back on the surface, we spent hours collecting zooplankton, which form the primary diet of cold water corals. At night, zooplankton migrates up from deep-water where it avoids predation during the day. Therefore, the time of greatest activity is during the hours of darkness. This being summertime in the southern hemisphere, our ambitions to sample zooplankton in the surface layers kept us up late many nights. Vertical tow nets deployed from the boat and horizontal plankton tows carried out while diving should provide an overview of the food-web structure. Moored instruments measured physical characteristics such as the salinity, temperature and current speed in the fjord. We retrieved these to obtain a more-complete picture of the fjord environment.

During my time in Chile, I re-discovered my passion for scientific investigation. In the attempt to answer our research questions, we were met with challenges but also intriguing behaviours and interactions of the animals we studied. The opportunities for scientific work in this remote part of the world seem endless. Such work can have real impact on the perception of our environment and our willingness to protect it – hopefully this is an area in which I can actively continue to contribute.