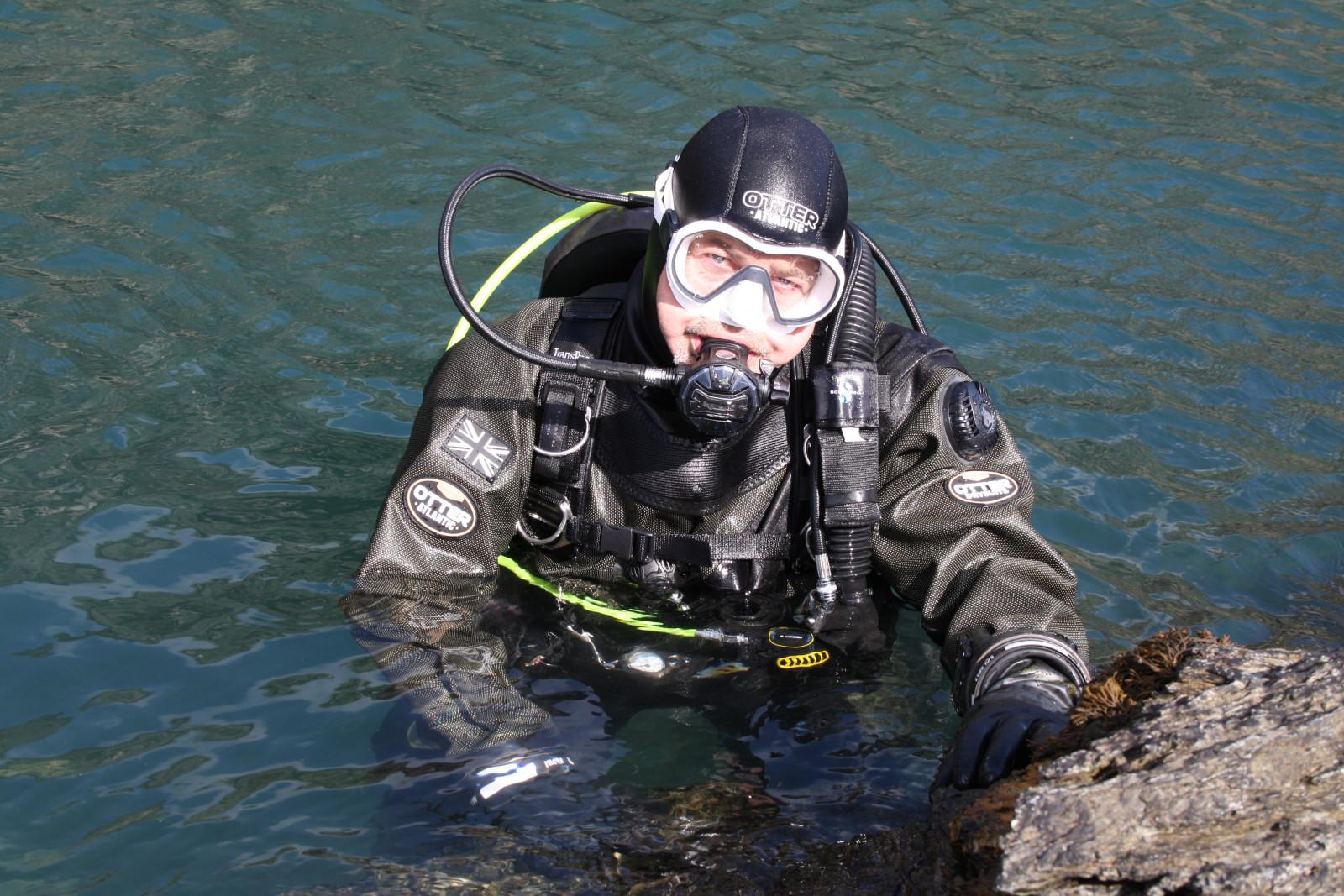 While the gas theory is still essential for advanced...

What do you think of when you hear the word ‘Kevlar’?

I bet ‘bulletproof’ is in the top three for sure, and Kevlar is certainly an extremely durable, robust and strong material. These qualities mean it is ideal for the world of diving, where – let’s be honest – equipment does take more than its fair share of a battering, especially right here in the UK. 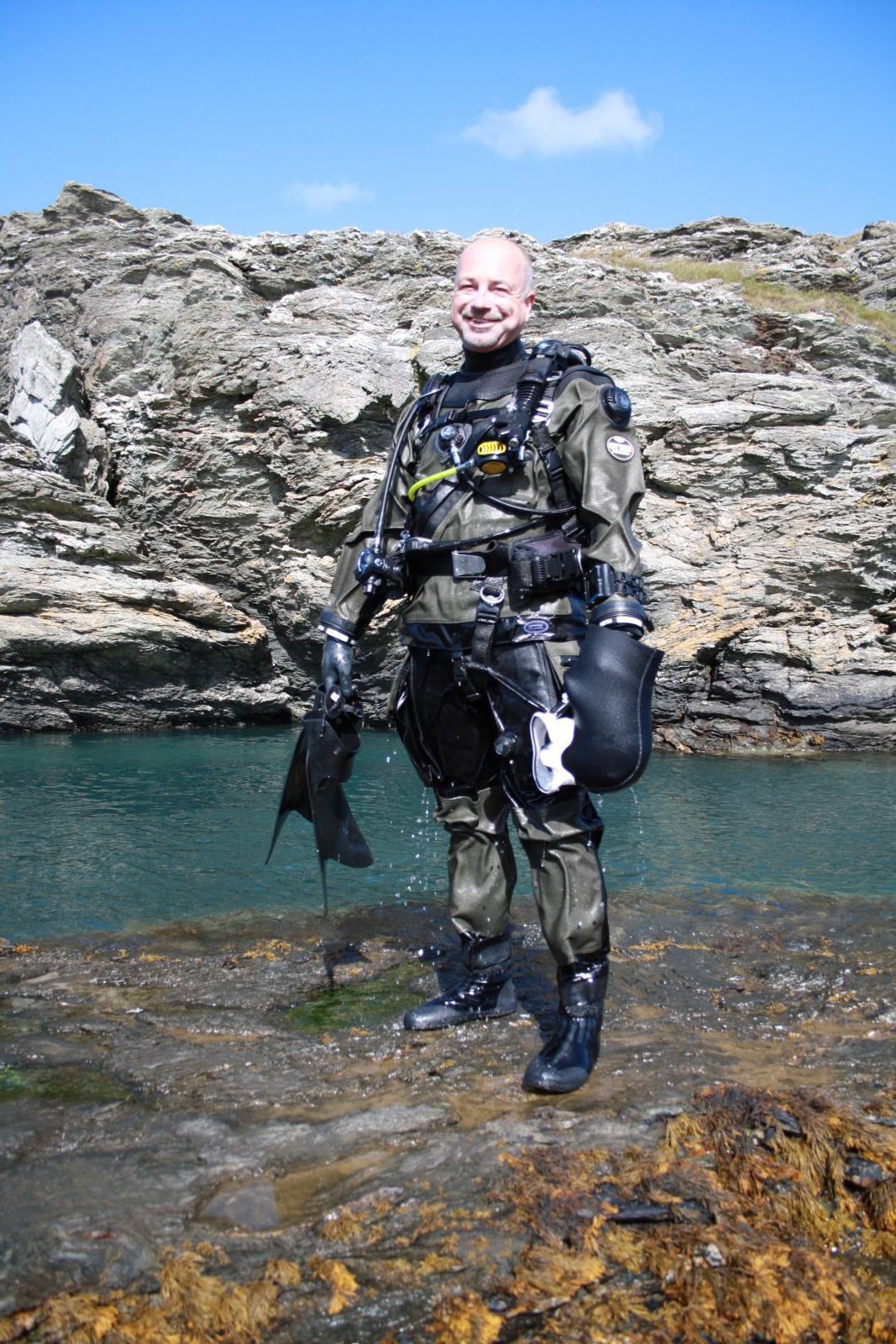 Over my 20-odd years in the diving industry, there have been a few Kevlar products come across my desk. I recall a pair of wet gloves which had an outer skin made from Kevlar. They were extremely abrasion resistant, it has to be said, but the dexterity left something to be desired.

Then I had a Fourth Element Argonaut Kevlar drysuit. This was my first encounter with a suit made from this material, and it was a revelation. Now the Kevlar that the Fourth Element suit was made from was a weird breathable fabric, which was very thin and appeared to actually ‘weep’ liquid as it allowed moisture from inside the suit to escape to the outside. It was lightweight, very flexible and gave plenty of manoeuvrability. 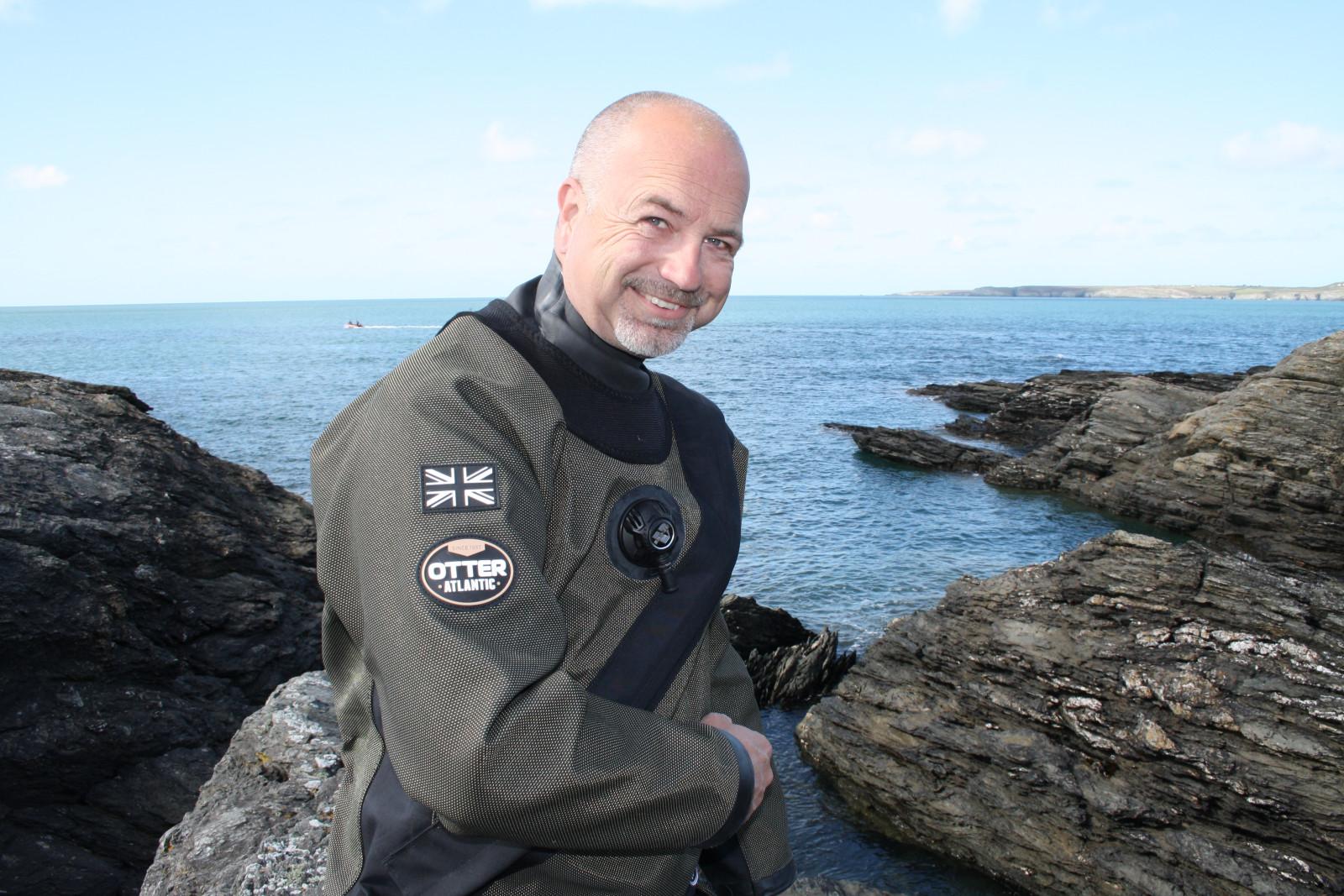 However, it seems that there was an issue getting the seam glue to bond with the Kevlar, as the majority of the seams on my suit gave up the ghost after a couple of years, and I know of several others that had the same issue. Fourth Element have rectified this by dropping the Kevlar from the line-up and moving on to a similarly thin but stretchy material they call ‘Stealth’.

Now Otter Watersports are getting in on the act, with a Kevlar version of their latest membrane drysuit, the Atlantic. The Atlantic has been garnering rave reviews, and is currently in our Long Term Test line-up, being given the once-over by long-time contributor and technical diver Jason Brown. 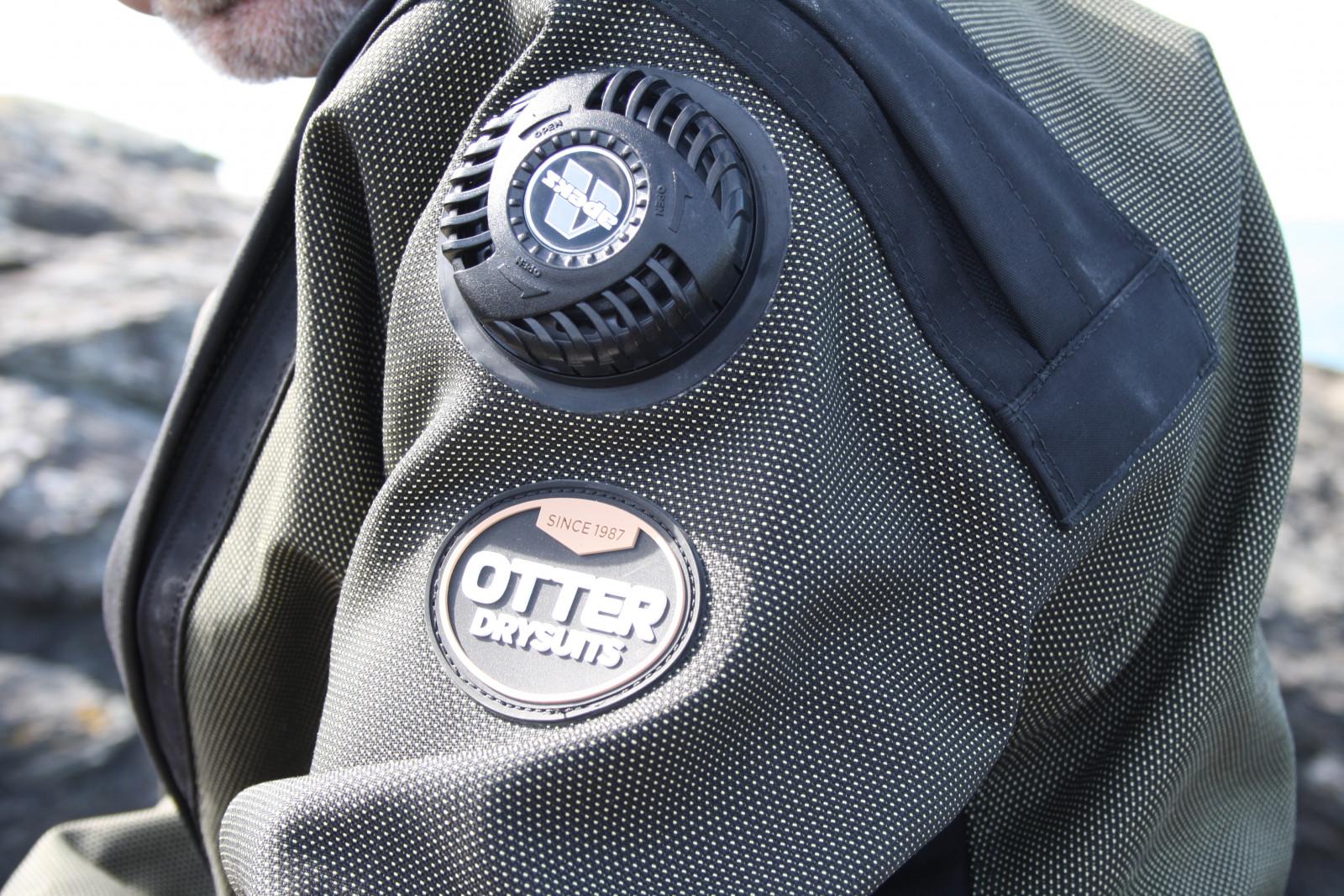 Described by Otter as ‘the new standard in exploration-grade drysuits’, the Atlantic and the Atlantic HD are visually very similar to the award-winning and best-selling Britannic II, but they feature a nifty seamless underarm pattern designed to give more flexibility, especially for those reaching over their heads to cylinder valves on twinsets, or cave divers having to work around tight restrictions.

I currently own and dive an Otter Watersports Britannic II, so was used to the build quality and feel that the company are famous for – along with their legendary customer service – so I was excited to receive a box containing the Atlantic Kevlar. 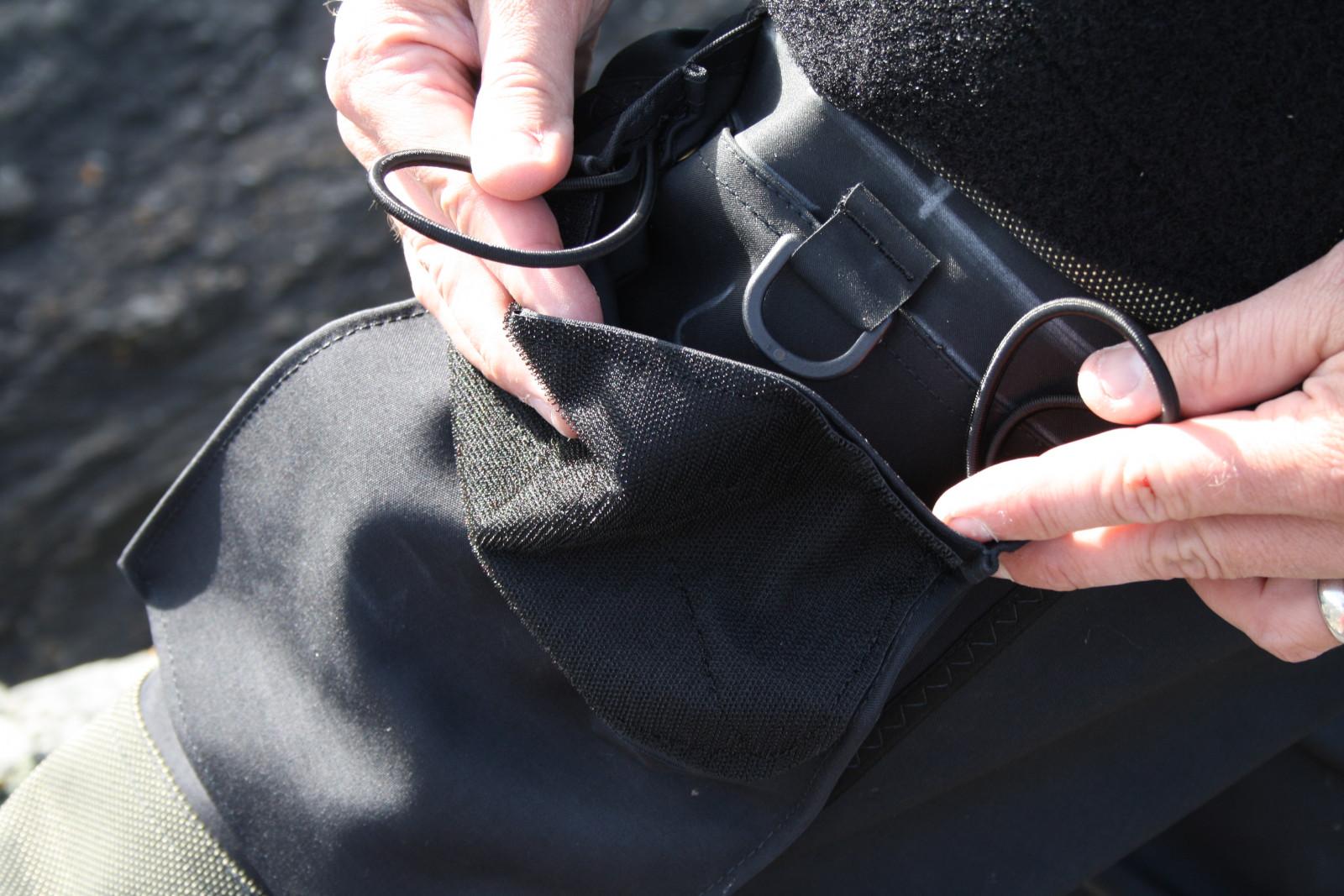 First impression? It looks cool. I was quite taken with the colour scheme of the Kevlar material, which almost defies description. It is a strange green/yellow/grey, but when it is wet it almost goes a gun-metal grey. Whatever colour you want to call it, I like it, and it certainly stands out from the crowd.

It doesn’t feel as thick or stiff as the material of my Britannic II, and it was certainly easier to get on and off. There is definitely more flexibility in this Kevlar material, so it is not just a case of it being more durable, there are other benefits to be had. As with the standard Atlantic and the HD version, there are loads of personalisation options available. 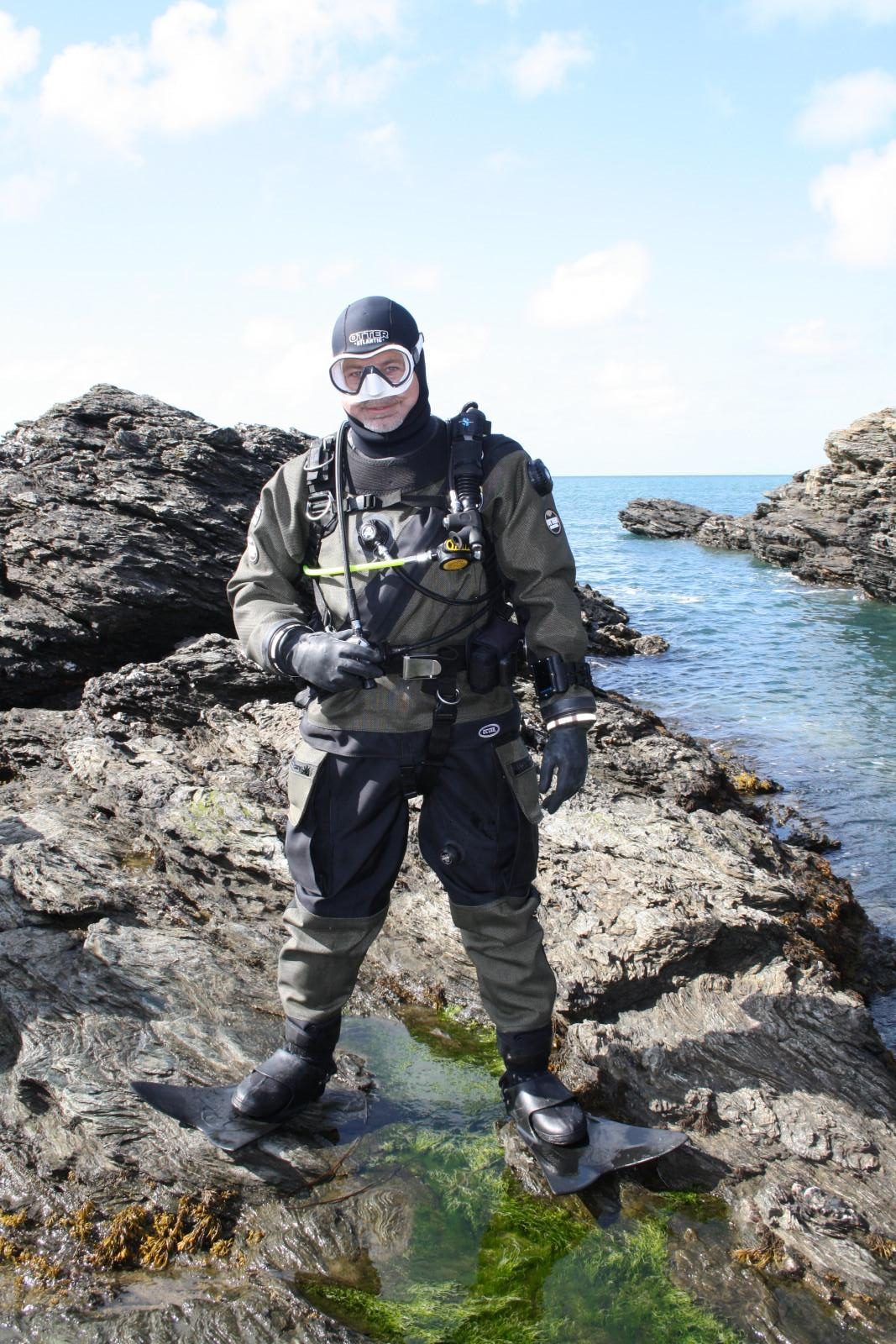 It can be equipped with soft ‘socks’ to go inside Otter’s Rock Boots, or as in my test version, the neat Turbo boots, which have a sturdy sole, but are made from flexible, comfortable neoprene. I love these boots, which fit close to your foot more like a wet bootie, reducing any potential air space, and the Velcro-closing strap around the ankle further reduces air migration into your feet.

You can have standard latex seals, or you can opt for a factory-fitted dryglove system, either a SiTech set-up, or a KUBI. My test suit was fitted with KUBIs, which I am very familiar with having them on my Britannic II, and retro-fitting them to my Fourth Element Argonaut Stealth. They are very easy to get on and off, and with a decent pair of under-gloves, you will have toasty warm hands regardless of the temperature you are diving in. 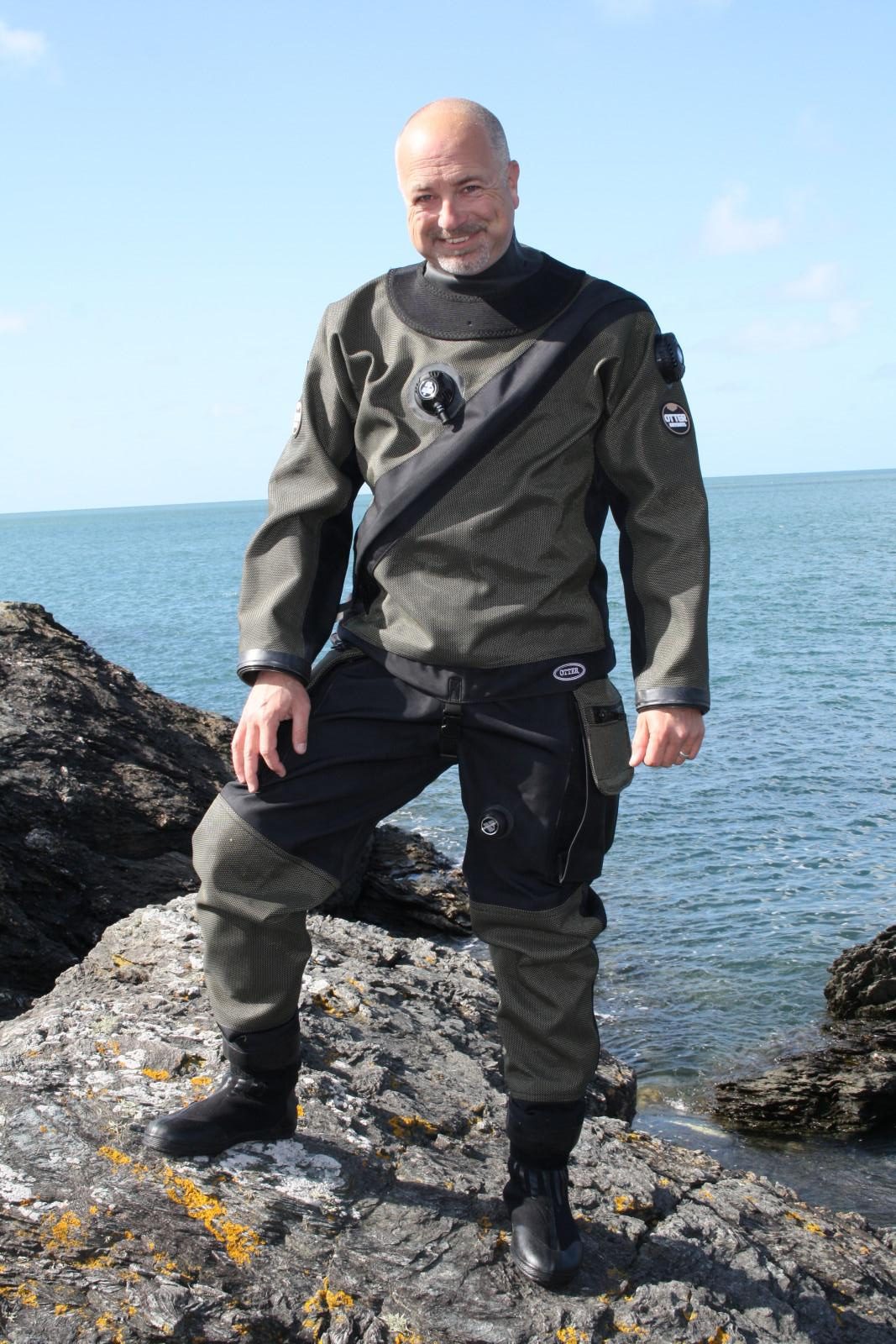 This particular suit was also equipped with an optional pee valve, and as well as the standard internal braces, also had a useful pocket which attaches at the front of the braces, and is perfectly placed for you to be able to reach a hand in through the cross-torso zipper and stash/retrieve your car keys, wallet, etc.

The spacious thigh pockets are well equipped with bungee cords and D-rings to secure the contents – slates, back-up torches, etc – and they have a neat zippered pocket on the ‘flap’. 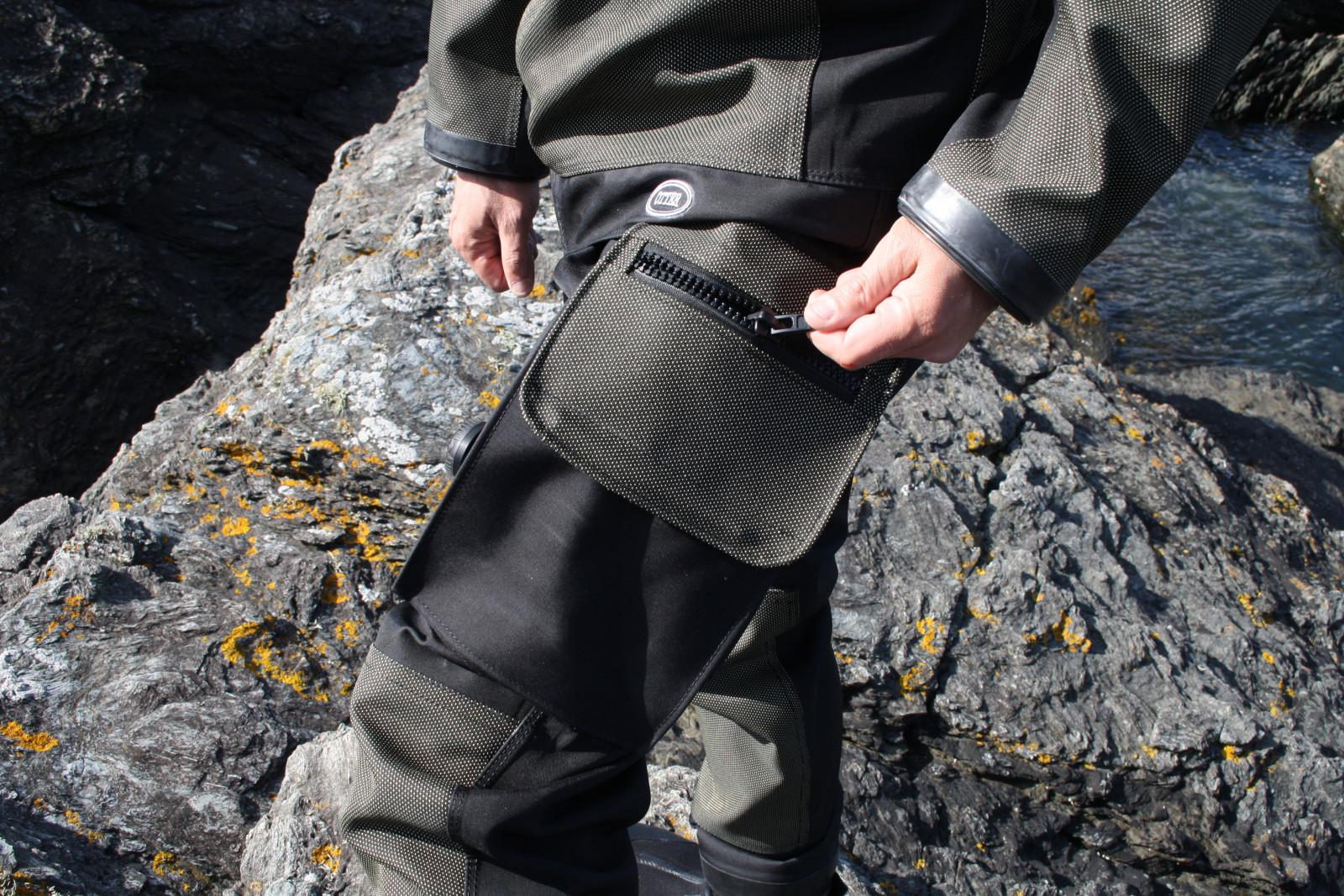 So what was it like to dive? Well, first and foremost, as you’d expect, it kept me nice and dry. The soft neoprene neck seal and the KUBI drygloves eliminated any potential water ingress. I tried contorting myself into all manner of shapes and positions, and while I obviously was aware I was wearing a drysuit and thick undersuit (Fourth Element’s Halo 3D), it didn’t feel overly restrictive.

Definitely worth looking at if you want a durable, well-made and robust drysuit which most certainly does not blend in with the endless line up of black suits.

As with all Otter suits, it came with a soft and comfortable 5mm hood, and a neat bag-cum-changing-mat.