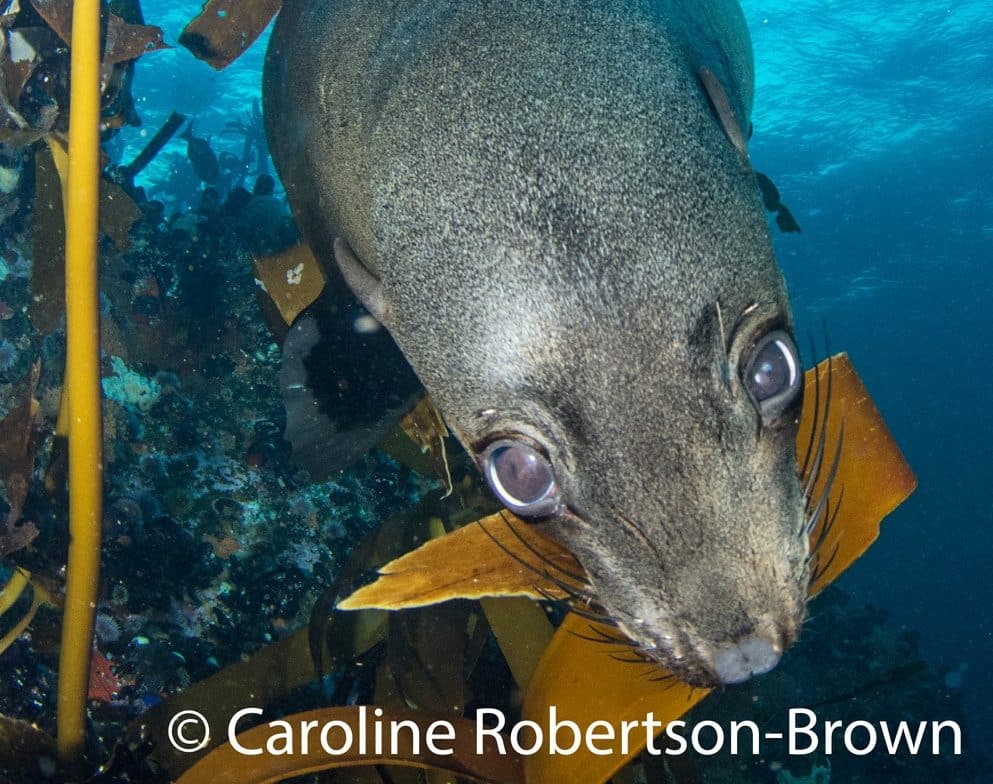 The Northern Underwater Photography Group (NUPG) held their second annual print competition at The Great Northern Dive Show held at Event City in Manchester over the weekend of 8-9 April. It was another successful year, with high-quality images being displayed for the public to select their favourites in four categories: British and Irish Macro; British and Irish Wide Angle; and Overseas Macro and Overseas Wide Angle.

Over the two days of the show, over 300 show attendees cast their votes, including a few Stormtroopers and Princess Leia! The voting was tough, with many excellent images on show in each category. There were images of marine life from tiny shrimps to large sharks, wrecks, reef scenes, divers and caves. Members of the NUPG were on hand all weekend to help those voting and to chat about the club, which meets in Manchester each month to discuss all things underwater photography.

In addition to the public vote, representatives of the competition sponsors – Fleet Dive and Safari Diving Lanzarote – also had to select their favourite images to award the Overall Category Winners. Gary, from Fleet Dive (http://fleetdive.com/) selected his favourite image from the two British and Irish categories. Fleet Dive, based in the Costa Brava, have kindly awarded the winner a diving and accommodation package to enjoy some of the best diving this area has to offer. The Overall Overseas winner was selected by Wendy from Safari Diving Lanzarote (http://www.safaridiving.com/ ), who has also donated a diving package prize for the winner. Photo pro Paul ‘Duxy’ Duxfield kindly assisted both Gary and Wendy as they made their final decisions on who should take away the main prizes.

Each category winner will receive a shark sponsorship pack from The Shark Trust, donated by the NUPG. The winners can select to support Great White Sharks, Basking Sharks, Whaleshark or a No Limits? Shark.

So here are the results: 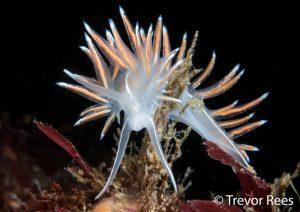 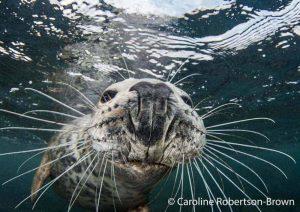 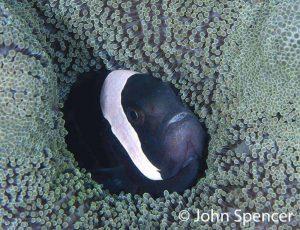 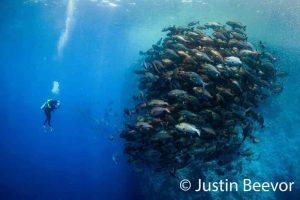 Overall British and Irish Champion is John Spencer with his shot of a pair of hermit crabs from Loch Sunart, who wins the diving package with Fleet Dive.

Overall Overseas Champion is Caroline Robertson-Brown with her shot of a playful Cape Fur Seal taken in South Africa, who wins the diving package with Safari Diving Lanzarote.

The NUPG would like to thank all those that entered the competition, all those that voted, everyone who helped out over the weekend and to the sponsors, Fleet Dive and Safari Diving Lanzarote. It is always a pleasure to share the beauty of our underwater world with a wider public, including loads of children, at this event.

Oh dear! You seem to have the wrong image of John Spencer’s two anemonefish shots. This one is the third placed image. You’re also missing John’s Pair of Hermit Crabs which was the judge’s choice in the British categories.