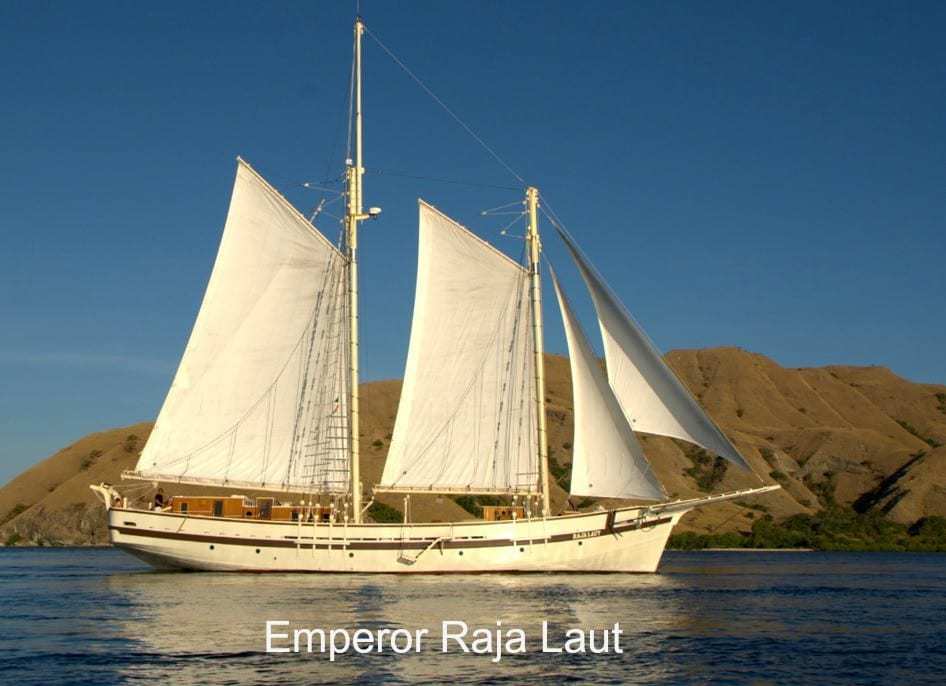 Emperor Divers is excited to announce the birth of Emperor Indonesia and the launch of MY Emperor Raja Laut in September 2017.

Raja Laut, which means King of the Sea in Bahasa Indonesian, is a beautiful traditional Dutch schooner-style sailing yacht built in south Sulawesi in 2005. She has spent much of the last 12 years sailing around Southeast Asia for private charter; Emperor Divers is honoured to have her as their introductory boat in the magical Indonesian archipelago.

With 12 berths, the attention to detail and the level of service expected from the seven crew and three dive guides will leave guests wanting to return time and time again.

MY Emperor Raja Laut will be sailing the world-renowned diving areas of Raja Ampat, the Banda Sea and Komodo National Park. Expect to play with mantas, hammerhead sharks, whalesharks and pygmy seahorses as well as Komodo dragons on land. Indonesia offers riches for all and is a truly magical place.

A strong team will see Emperor teaming up with Andrew Laughlin, who has spent the last 10 years building and managing Indonesian liveaboards and has over 30 years' experience in the diving and yachting industry. He is also a PADI Master Instructor and Yacht Master.

With an exciting mix of itineraries varying from between seven and 12 nights, Emperor Indonesia brings unprecedented value and something for everyone to one of the world's top diving destinations.

Emperor Divers has been a major dive centre and liveaboard operator in the Red Sea since 1992 and in the Maldives since 2014.