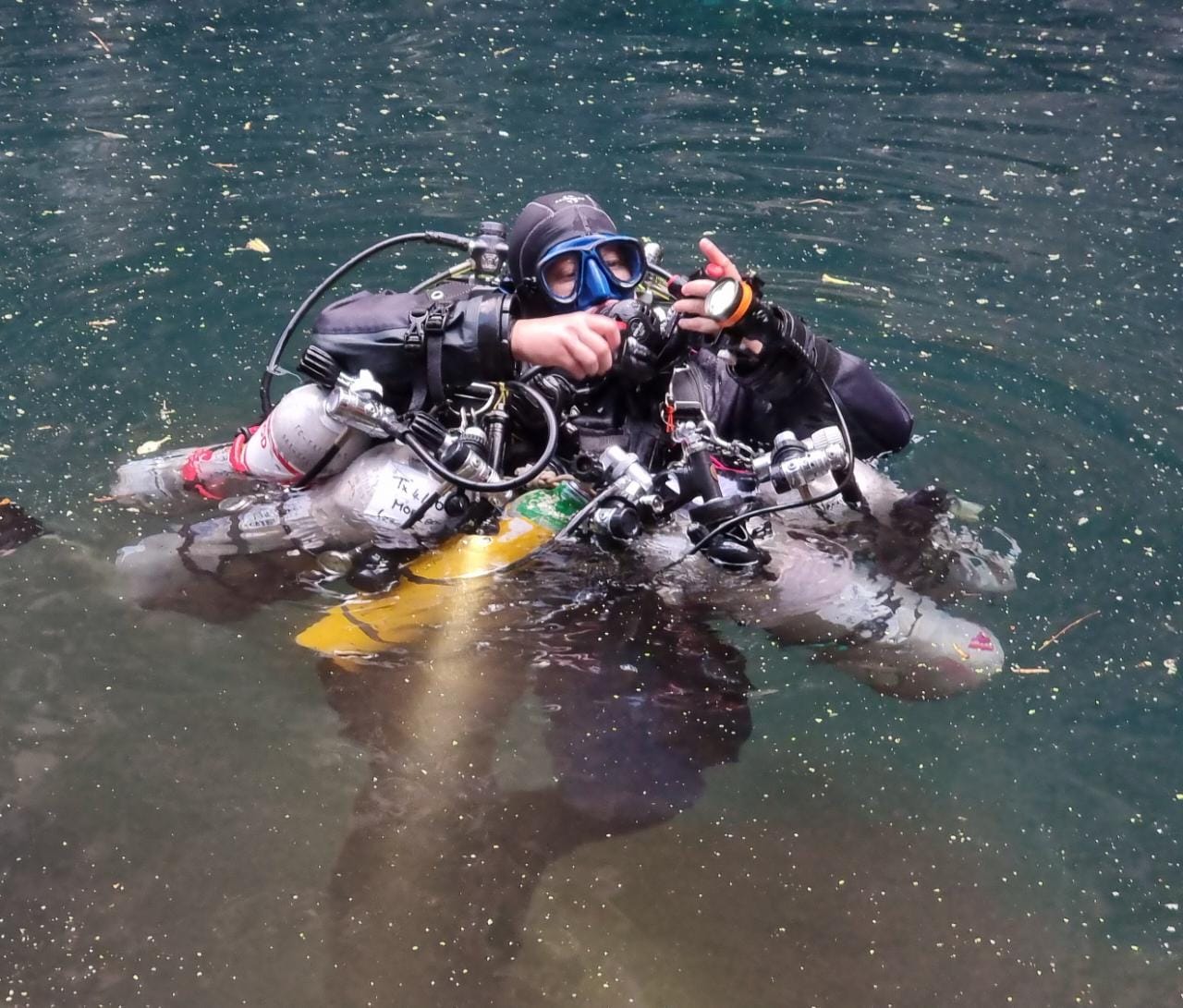 She broke her previous cave diving record, set back in 2021, by more than 10m during the dive on Thursday 27 October.

South Africa's Boesmansgat Cave is a legendary deep-diving site, with Nuno Gomes setting his own world record when he descended to the very bottom – a whopping 283m – back in 1996.