It was bound to happen, and now it’s official – streaming giant Netflix has secured the rights to make a mini-series about the Thai cave rescue operation.

The Wild Boars soccer team – 12 players and their coach – made headlines around the globe after they were trapped in the flooded Tham Luang cave for more than two weeks from June 2018, and were all successfully rescued after a ground-breaking operation involving some 90 expert divers from all over the world, including a core group of elite British cavers. Tragically, former Thai Navy SEAL Saman Gunan died during the rescue when he was shuttling tanks into the cave system.

Films of varying budgets are in production, with one – The Cave, by British-Thai director Tom Waller – wrapping up shooting in December, but now their amazing story will be told by California-based Netflix, in a mini-series to be directed by Crazy Rich Asians director Jon M Chu and Nattawut ‘Baz’ Poonpiriya.

Assistant coach Ekkapol ‘Ake’ Chantapong said they were all looking forward to working with all involved parties to ensure their story was told accurately.

Financial details haven’t been revealed, though local reports earlier mentioned each team member getting around US$94,000 for the rights. 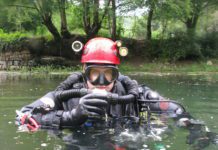 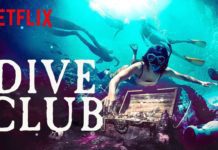 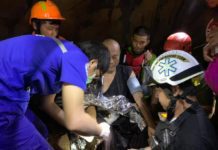