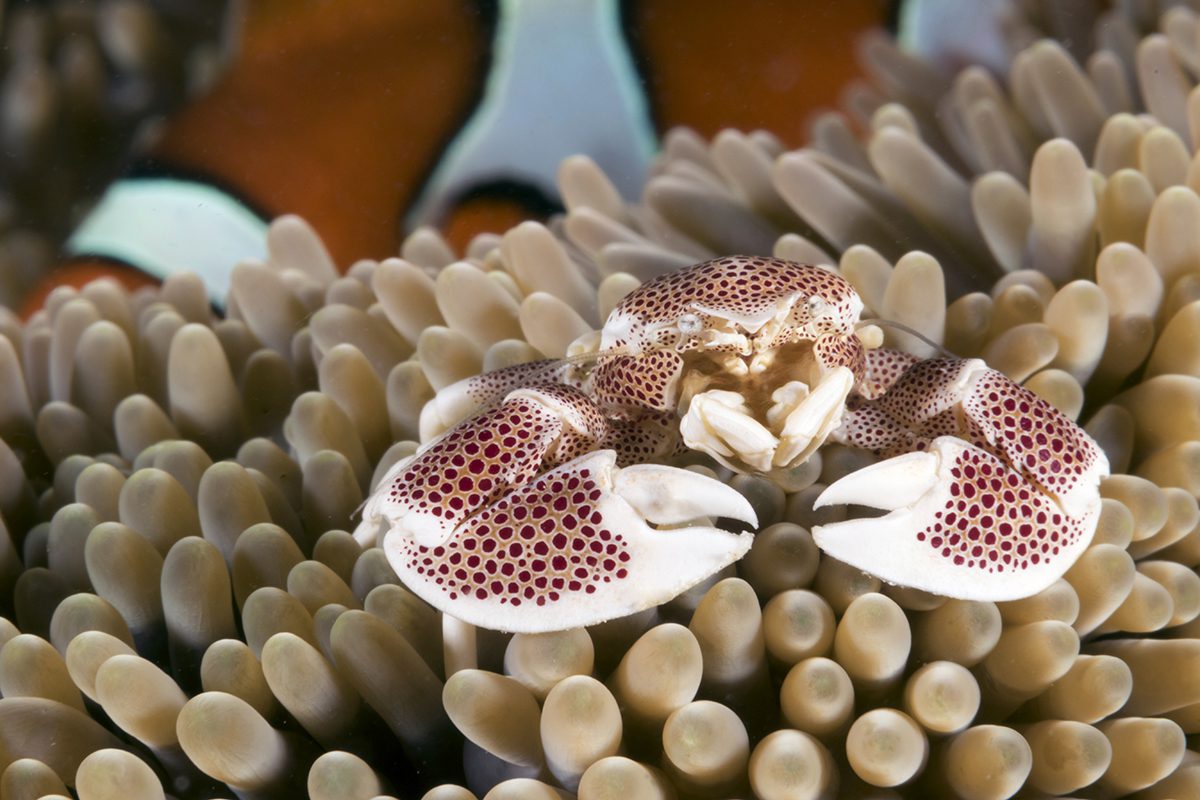 Anemone-dwelling clownfish are a favourite with critter-watchers and underwater photographers. But these colourful little fish aren't the only creatures that take up residency among the stinging tentacles. At sites across the Wakatobi marine preserve, divers who take a closer look at an anemone may discover a small crustacean known as a spotted porcelain crab. When the currents are running, these diminutive filter-feeders come out of hiding and perch on the anemone's extremities to scour the water for tasty morsels.

A 50mm or 60mm lens is ideal for capturing portraits, and the photographer’s main challenge will be moving close without disturbing the crab, which will likely duck deeper into the anemone if it feels threatened. Because these crabs are often found in pairs, there’s also a chance of getting both in the frame, or possibly adding a clownfish to the composition. In general, anemone-dwelling clownfish ignore their crabby neighbours, save for those times when the fish are laying eggs, and become highly territorial. Crabs, on the other hand, aren’t overprotective parents, and you may notice the females carrying a clutch of eggs as they move about the tentacles of their host.

Walt Stearnshttps://underwaterjournal.com/
Editor for Scuba Diver Magazine's North America edition, Walt Stearns, has been involved in the diving industry for more than 30 years. As one of the most prolific photojournalists in diving media Walt’s articles and images have appeared in a wide range of national and international diving, water sports and travel titles.
Subscribe
Login
0 Comments
Inline Feedbacks
View all comments