The UK diving fraternity were dismayed by the news that the popular National Diving and Activity Centre (NDAC) in Tidenham had closed at the end of February, and now it seems the quarry will have a new life as an underwater research facility.

As reported in Scuba Diver, NDAC closed its doors with no real explanation given by the then-owners. Now news reports have stated that councillors in the Forest of Dean were recently given a confidential briefing about the potential future of the site, and were told that it would be used for research and development for equipment to enable people to live deep underwater.

The company in question has already bought the quarry, and is understood to be set to invest £150m into the project, which would employ 100 people.

A councillor told Gloucestershire Live: “They didn't tell us their company name. We were just told it was for a deep engineering facility. They are also understood to be talking to Cornwall Council.

“They are doing research and development for equipment for people to be able to live in pods quite deep under the water. 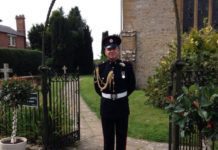 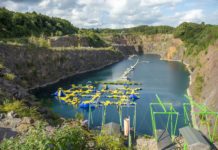 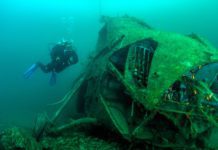 If they want it to be a research facility. That is fine, they will only be using the deep end(80m) of the quarry.
It could still be left for recreational divers to use the shallower end (30m) at weekends. If they are worried about other research facilities spying on thier research then easy just sink industrial netting to stop anyone going to thier research area.
Most frustrating of all is that they are refusing to give the company name to anyone including the council. To me this seems to be a compulsory purchase that has been backed by the british central government, as the closure and sale has been so sudden. Even the employees were only given a weeks notice.