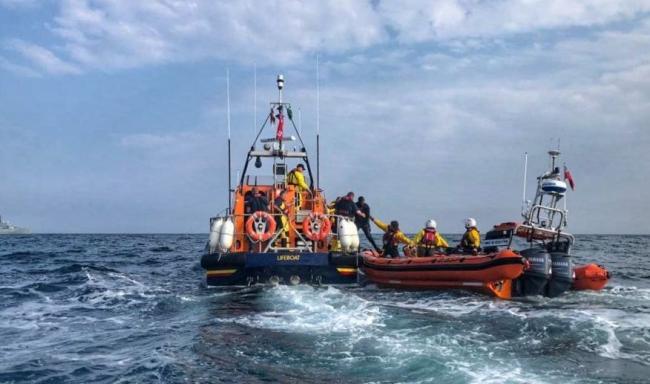 Despite repeated warnings for people not to go diving during the COVID-19, it seems that some people are above such restrictions. Yesterday, a major search involving the RNLI, HM Coastguard and Royal Navy was conducted to find a missing lockdown diver off Dorset.

Just after 3.20pm, a friend of the diver in question – who was diving without a buddy – reported him missing from their boat near Lyme Regis, prompting Exmouth RNLI to launch. Subsequently, HM Coastguard brought in helicopters from Newquay, Cornwall, and St Athan in Wales to assist with the search, and the Portsmouth-based Royal Navy ship HMS Tyne, the Lyme Regis Coastguard and RNLI crew, and two fishing boats, also joined in the operation. 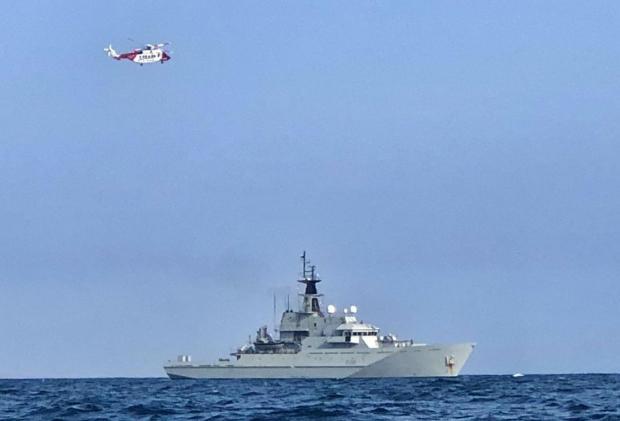 Just after 5pm, the Exmouth RNLI all-weather vessel located the missing diver, who apparently had reached the surface safely, but had lost sight of his support boat.

He was returned to the shore, where both he and his friend were fined by police for breaking the COVID-19 lockdown measures.

Mark Evans
Scuba Diver's Editor-in-Chief Mark Evans has been in the diving industry for nearly 25 years, and has been diving since he was just 12 years old. 30-odd years later and he is still addicted to the underwater world.
4 COMMENTS
Subscribe
Login
4 Comments
Oldest
Newest Most Voted
Inline Feedbacks
View all comments

As soon as I read that Police have fined them I knew this was rubbish. UK police have no power to fine anyone and can only issue a fixed penalty notice. Since the divers have broken no law, I hope they’d be off to court and then sue the police.
Guidelines from politicians carry no weight in law.

Are you for real?? Laws have been passed and yes, the police do have the power to fine – do you not read the news?
As for condoning this sort of behaviour, I have no words!!😡

Sean Kirby, they are not just guidelines, laws were passed.

Are you for real, condoning such behaviour, putting unnecessary risks on other people to help when you mess up. You should be a shamed. 😡😡😡