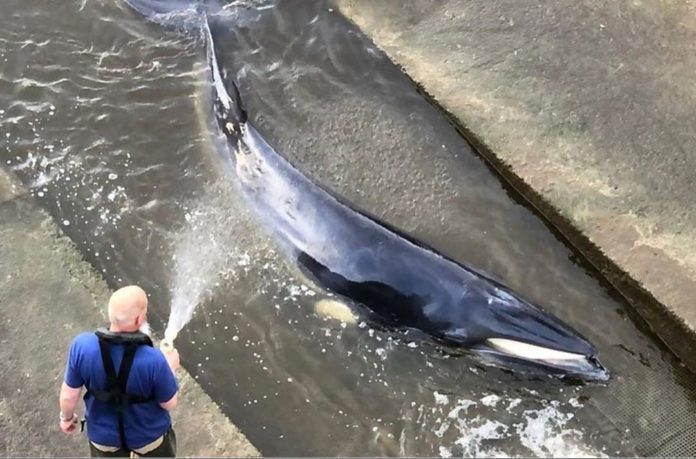 BDMLR, the RNLI, the fire brigade and Port of London Authority workers were all called into action last night after a juvenile minke whale was spotted stuck at Richmond Lock in the River Thames.

It is believed to be the same animal that was seen earlier in the day up river near Barnes Bridge.

A large crowd assembled to watch the rescue operation, and it took several hours for the animal, estimated to be around three to four metres long, to be moved from the lock.

The intention was to move the minke whale to another location to determine its state of health and whether it was fit enough to be released, but the animal had other ideas and slipped off the pontoon, and was last seen at around 1am swimming off in deeper waters.

Minke whales are the smallest of the great whales, can grow to ten metres in length, and are usually found in the northern Atlantic and Pacific Oceans, so the animal is a long way from its normal hunting grounds. 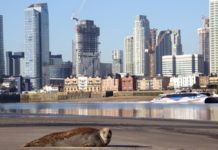 Sharks and seahorses in the River Thames 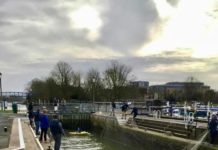 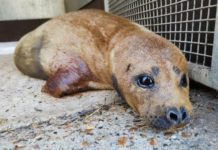 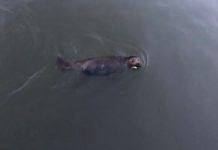 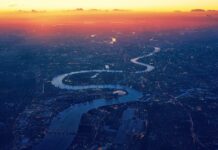