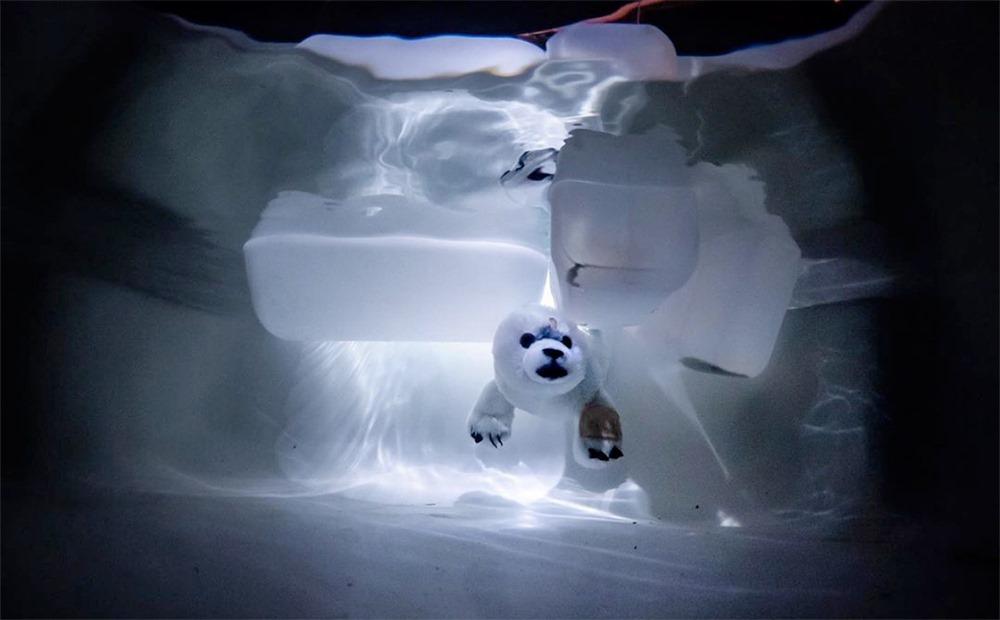 Fourth Element were inundated with entries to their inaugural Underbathwater Photographer of the Year competition, a fun event they launched to help underwater photographers combat being stuck at home during the COVID-19 pandemic.

The judges, which included Saeed Rashid and Franco Banfi, were blown away by the effort and creativity put in by the photographers who took part, but in the end, there could be only one winner – and what an amazing photograph it is!

Congratulations to Mikko Paasi (@mikkokohtaodivers) and his photograph ‘Greetings from the North Pole‘, which featured his daughter's seal friend ‘Kuutti'. The judges commented: “This image captured all three judges’ imaginations as at first glance, one is not sure if it is a real image. Great lighting and composition has utilised sofnolime canisters to double as remarkably atmospheric ice cubes, and the seal itself is looking down the camera. Fantastic image.” Mikko wins £400 of Fourth Element gear!

To see all the winners (including runner up, highly commended and shortlisted winners) go to: https://fourthelement.com/underbathwater-winners

Fourth Element's Jim Standing said: “A massive thanks to Saeed Rashid and Franco Banfi Wildlife Photo Tours for their support and judging skills, and thank you to everyone who took part – we loved looking at all the entries and hope that you all loved creating them too!”