The Marvel Universe puts Scotland on the big screen 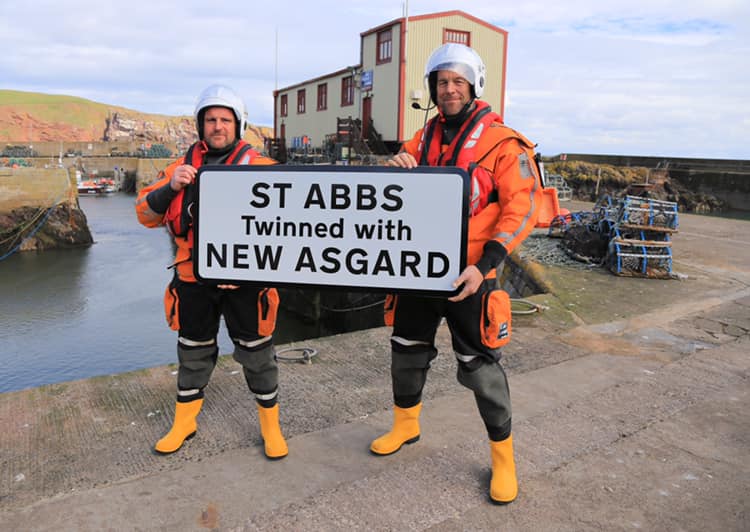 During the shooting of the blockbuster Marvel film Avengers: Endgame, St Abbs doubled as the fictional village of New Asgard.
The Marvel film was released last week and St Abbs has subsequently become the focus for millions of fans of the film franchise, with numerous box office records being smashed on the first weekend alone.
During filming in 2017, the independent St Abbs Lifeboat Station was rebranded as ‘New Asgard Lifeboat Station’ – only on the understanding that the Marvel film-makers dropped everything and cleared the way for the crew if the pagers went off during takes! Even Hollywood doesn’t stand in the way of a callout.
As a bit of fun, Scottish Borders Council have had a couple of road signs made up, and today photographed two of the crew at local spots that appear in the film.
Film-makers Marvel also made a generous donation to the lifeboat, which was much appreciated.