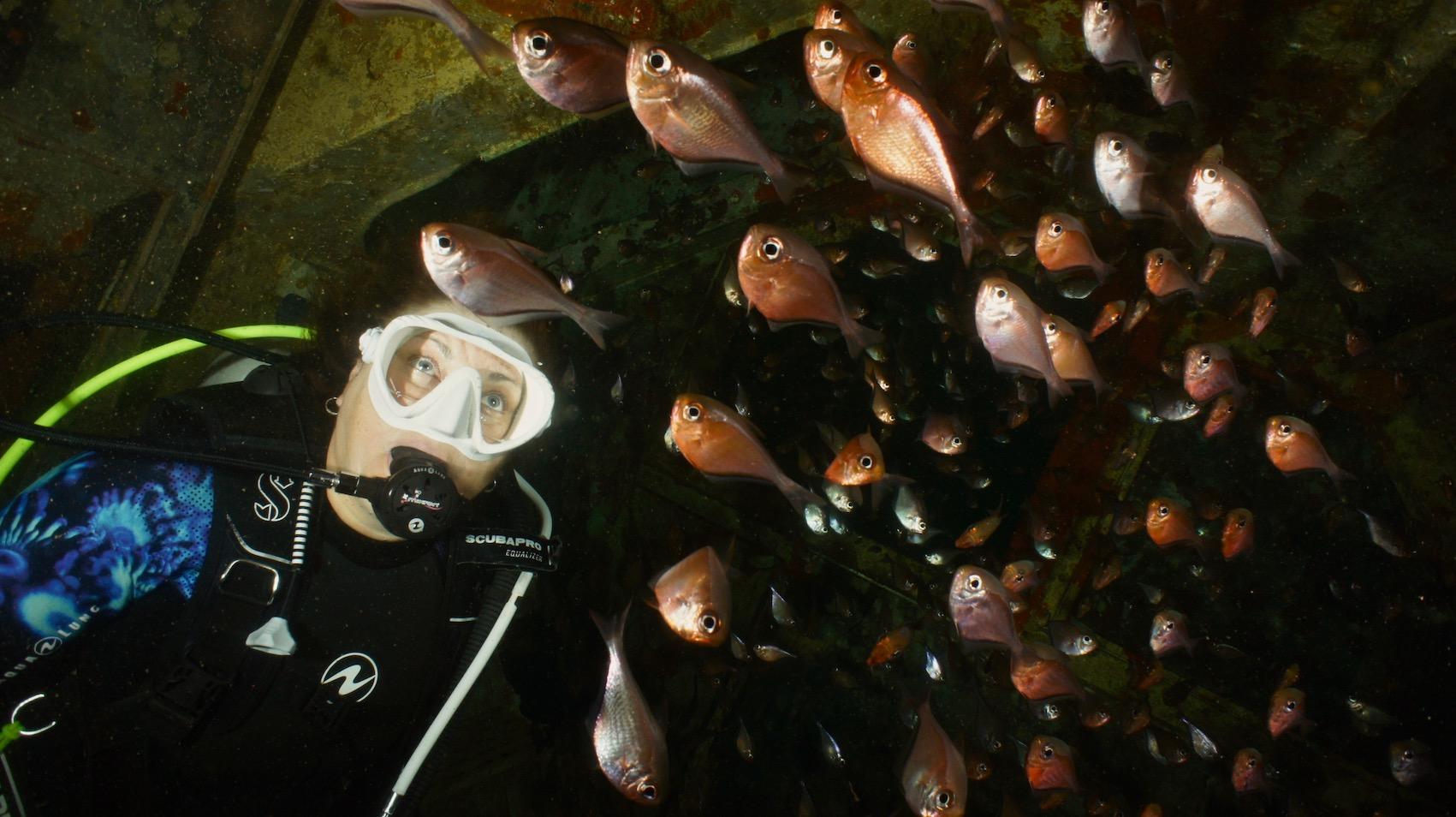 Today, Clan Evans descended on Dive Grenada, to explore the GARRP (Grand Anse Reef Regeneration Project). Dive Grenada has worked in collaboration with the Fisheries Division of Grenada and gained approval to design, develop and fund the first purpose-built ‘artificial reef' in the country, and there is now an array of pyramid structures comprised of concrete blocks in the shallows. Though they have only been down a relatively short time, they already boast a decent level of marine growth, and have attracted plentiful fish life, including moray eels, filefish and scorpionfish. Check out progress here. 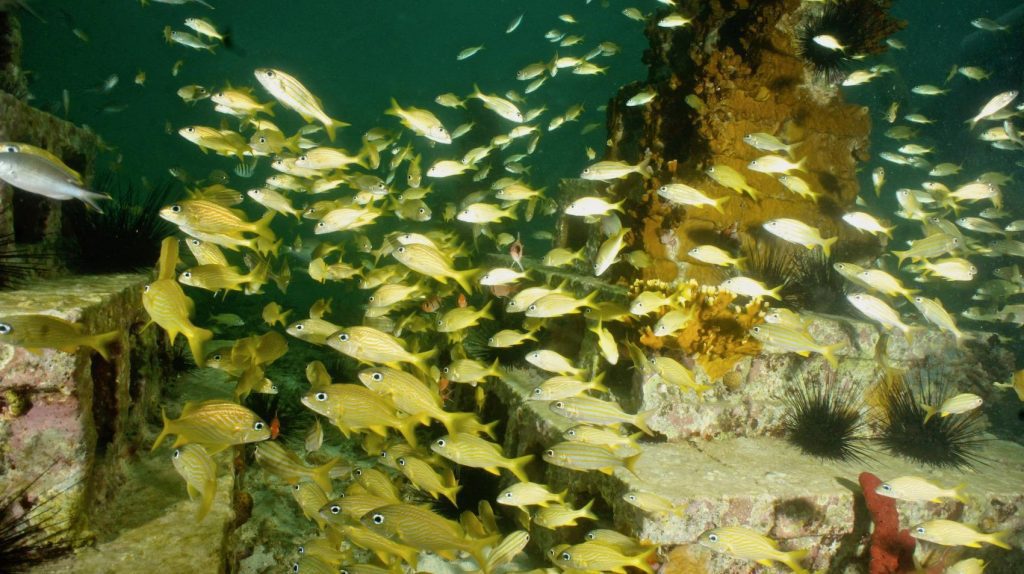 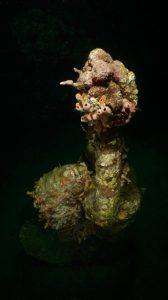 In the afternoon, after a relaxing few hours swimming in the sea near the Mount Cinnamon Cabana, we moved on to Native Spirit Scuba to dive Molinere Reef. This is a topographically interesting reef, shaped by gullies, crevices and sand channels, but the main attraction here is the Underwater Sculpture Park, the first of its kind on the planet. Ranked in the Top 25 ‘Wonders of the World’ by National Geographic, this underwater work of art sees several large-scale installations in just a few metres of water, including Vicissitudes, a circle of life-size figures cast from local children linked by holding hands; The Lost Correspondent, which is a man working at his desk on a typewriter; The Un-Still Life, a classical still-life composition of a vase and bowl of fruit on a table; and the Nutmeg Princess, which sees a life-size figure ‘growing’ out of a nutmeg pod. Created by Jason deCaires Taylor, Troy Lewis, Rene Froehlich and Lene Kilde, the amazingly lifelike statues have started to assume bizarre alien-like appearances as encrusting corals and sponges have taken hold. 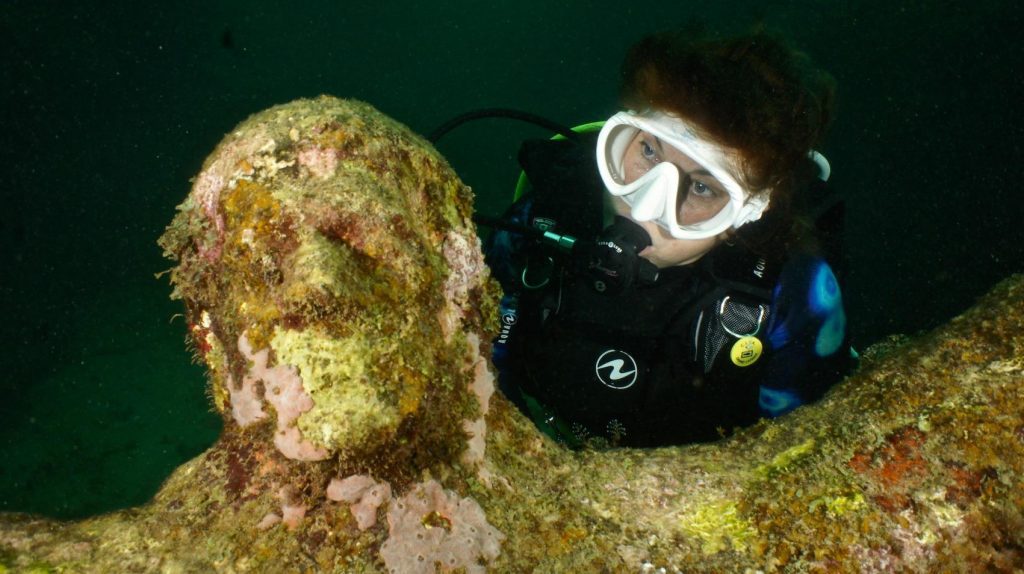 After a quick phone call to Christine Finney from Eco-Dive, we managed to squeeze in a third dive of the day just before darkness closed in, to check out the Tyrrel Bay. 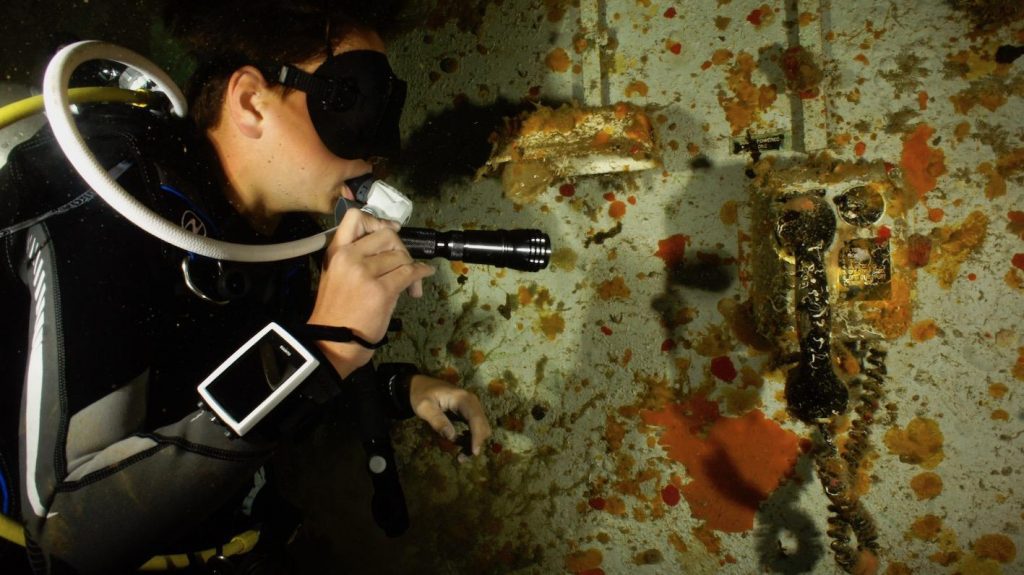 The Tyrrel Bay, a former US Coastguard patrol boat, is Grenada's newest purpose-sunk shipwreck, which went down at the end of September 2018 close to Boss Reef off Grand Anse Beach. The result of a two-year public/private sector project, the wreck was sunk with many interesting features, including a safe, telephone, compasses, control panels and levers, and even a few toilets. 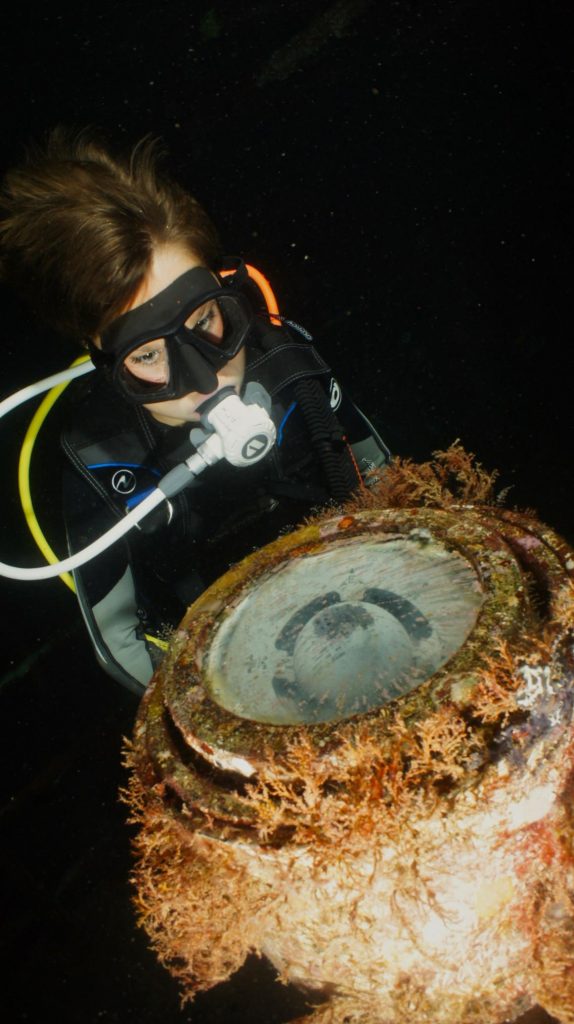 I dived it last year when it had been down less than a week, and it was still ridiculously clean and new. Now, one year on, it has already started gaining algae and encrusting marine growth, and has a shoal of glassy sweeper inside her superstructure. Thankfully, all of the interesting artefacts are still in place, though they are rapidly being covered up as nature claims the vessel. 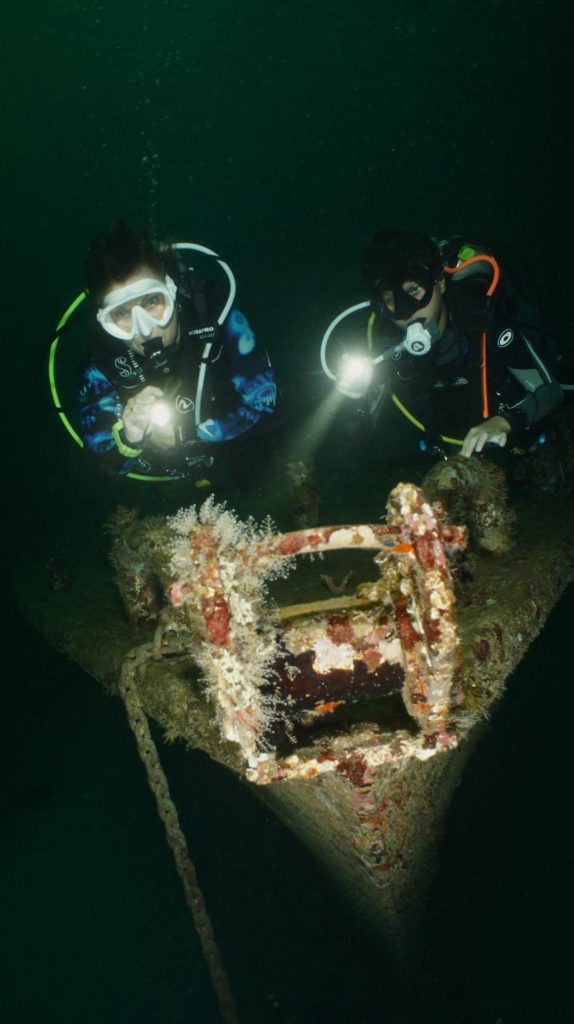