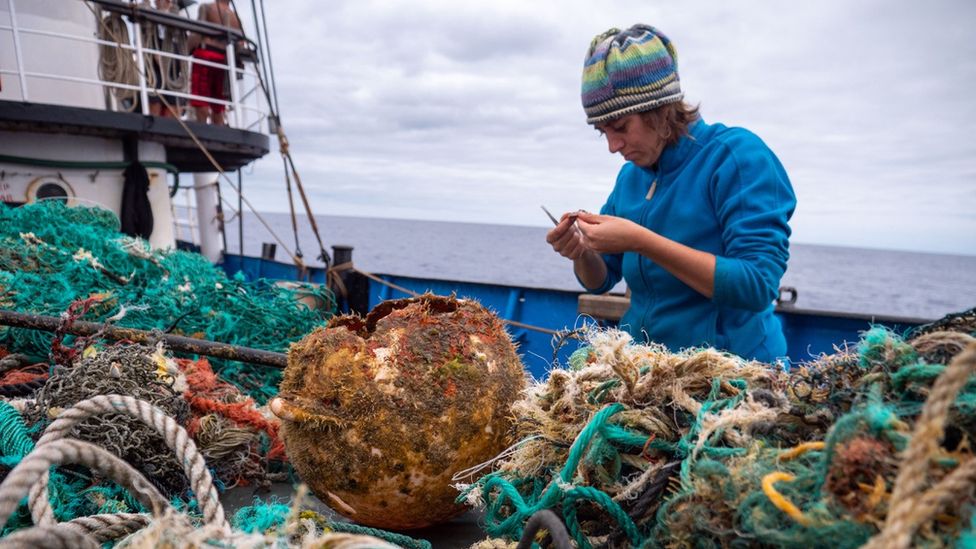 Scientists found many coastal species living on the plastic debris in this vast area, which currently sits between the coast of California and Hawaii. They are many miles away from their natural environment, fuelling fears the floating plastic could transport invasive species.

Dr Linsey Haram was the lead researcher on the project for the Smithsonian Environment Research Centre, and collected plastic debris for study through working with the Ocean Voyages Institute – a charity that collects plastic debris on sailing trips – and oceanographers from the University of Hawaii.

She said: “Plastics are more permanent than many of the natural debris that has previously been seen in the open ocean. They are creating a more-permanent habitat in this area.”

Plants and animals, including tiny marine bugs, crabs, molluscs and anemones, were found on 90 percent of the debris.

The findings of the survey were published in the journal Nature Communications.