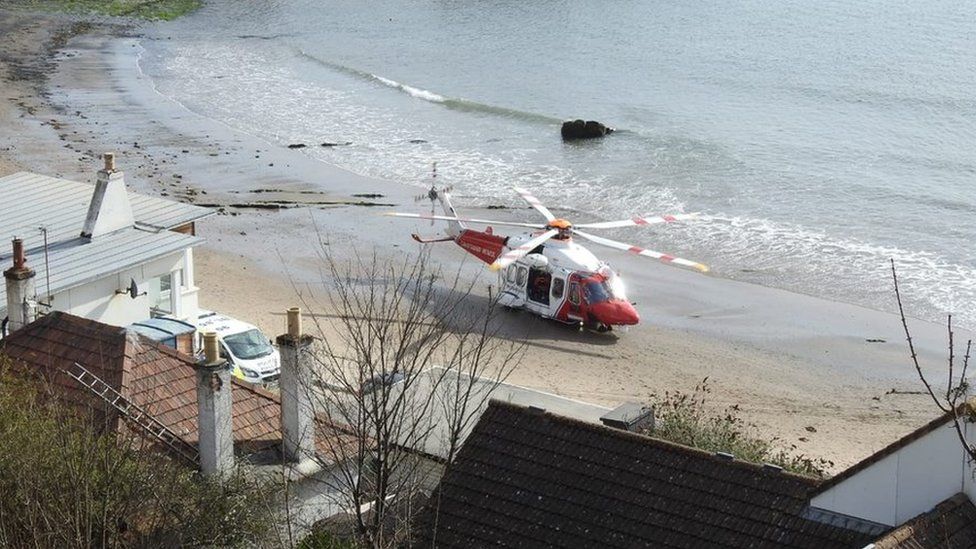 Reports are still coming in, but a man has died after a diving incident off the coast of Fife near Kinghorn Beach, Burntisland, on Sunday.

Emergency services attended the beach on 10 April after being called by a dive boat at 9.15am about a man in difficulty in the water. Specialist diving units, ambulance crews and police were on the scene at 9.55am, and a Coastguard helicopter landed on the beach.

Police Scotland said the dive had been taking place close to the beach, and that the casualty had been rescued from the water but died a short time later.